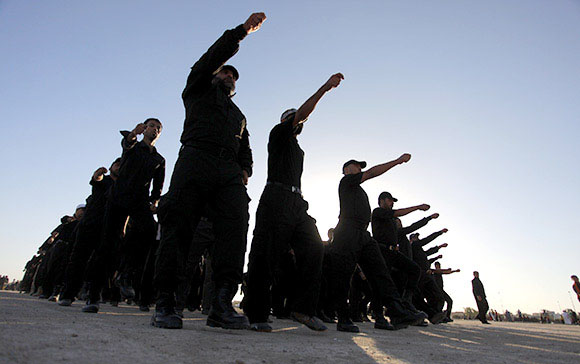 The United States now faces the possibility of its third intervention in Iraq. On paper, the two earlier wars quickly achieved their military goals. In 1991, a muscular alliance of thirty-four nations, led by the United States, forced Iraq to withdraw from the tiny city-state of Kuwait in a mere six weeks. In 2003, President Saddam Hussein, after twenty-four years in power, fled Baghdad just three weeks after a token “coalition of the willing” invaded. Yet both wars were ultimately political failures, and the new challenge in Iraq may prove to be even deadlier, with sweeping regional repercussions. Given its deepening sectarian and ethnic divisions—and the absence of a cohesive or effective military—the modern Iraqi state may not hold. Neighboring Syria is already shattered, and the Middle East map—defined by European powers a century ago—may be redrawn, either de facto or formally. Globally, the jihadist threat has never been greater.

The Obama Administration is debating options to salvage Iraq. In the first Iraq war—the Gulf War—the George H. W. Bush Administration deployed more than half a million troops; allies provided another two hundred thousand. Together, they easily overwhelmed the Iraqi military. Oil-rich Gulf states, along with Japan and Germany, picked up much of the tab—roughly sixty billion dollars.

At the height of the second Iraq war, the George W. Bush Administration sent more than a hundred and seventy thousand troops; a few other nations provided an additional eleven thousand. Washington paid its own bills—estimated at $1.7 trillion, plus almost five hundred billion dollars in benefits due to war veterans.

Neither approach would be feasible for a third Iraq war. Washington doesn’t have the same enthusiasm, or the will. The military may be capable, but it is fatigued. As the United States emerges from the Great Recession, its resources are limited; abundant foreign funding is unlikely. Public opinion is wary. The scope of the mission could expand out of control. Iraq might not be rescuable without the U.S. dealing with Syria, since the Islamic State of Iraq and al-Sham (ISIS) has already erased part of the border between the two countries. If ISIS zealots were defeated in Iraq, they could simply retreat to their Syrian bases and come back another day. In addition, Iraq’s regional conflict has become deeply sectarian. The threat to the United States is barbaric jihadism, as both an ideology and a tactic, but for many in Iraq, and in neighboring countries, the dispute is quickly evolving into a fratricidal rivalry between Shiites and Sunnis. This time around, American intervention could get entangled with a fourteen-century-old schism between Islamic sects.

U.S. strategy will need to be more sophisticated. In Washington, drone strikes are the military option du jour, but they probably would not make enough of a difference, in this kind of war, to be decisive. A decade of drone warfare in Pakistan and Yemen has eliminated fanatics but not fanaticism. The core question is whether any military options can provide an enduring solution. In 2006, Iraq faced a microcosm of today’s broader threat: a Sunni insurgency, led by an Al Qaeda offshoot, threatened the Shiite-led government in Baghdad. The dangers of Iraq’s disintegration were so serious that then Senator Joseph Biden co-authored an op-ed in the Times with Leslie Gelb, of the Council on Foreign Relations, suggesting that Iraq should be divvied up into three autonomous zones, based on distinct Shiite, Sunni, and Kurdish communities. A breakup is “already underway,” Biden and Gelb wrote. They went on:

The Sunnis, who until recently believed they would retake power in Iraq, are beginning to recognize that they won’t and don’t want to live in a Shiite-controlled, highly centralized state with laws enforced by sectarian militias. The Shiites know they can dominate the government, but they can’t defeat a Sunni insurrection. The Kurds will not give up their 15-year-old autonomy.
The Bush Administration instead opted for a military surge of thirty thousand troops—over unanimous challenges by the Joint Chiefs of Staff. The generals and admirals were confident that their forces could beat back insurgents, but they feared that their diplomatic counterparts could not broker a formula for political power-sharing among rival sects and ethnicities. They warned the White House that a temporary mission, measured in months, might even give an edge down the road to Iraq’s many armed factions—including Al Qaeda’s foreign fighters, Sunni insurgents, and Shiite militias.

The Joint Chiefs were right. The military achieved its goal, with a lot of local help in the same areas that ISIS has swept over in the past two weeks. But a political solution has remained elusive. In the intervening eight years, divisions have only deepened under the rule of Prime Minister Nuri al-Maliki, who has been acting on behalf of the long-oppressed Shiite majority, forcing Sunnis into the arms of extremists. And, as the Iraqi Army implodes, those armed factions are now taking control.

Any plan for stability—whether Iraq remains a single state or breaks into three—has to begin with the underlying political problem. Last week, President Obama called for a multiethnic governing council in Baghdad but, with insurgents less than fifty miles from the capital, that option is now too little, too late.

Iraqis must become invested in their own political order and risk putting their lives on the line to secure it. Unfortunately, Maliki may not be willing to either cede the powers required for a just resolution or to step aside. His intransigence has sabotaged Iraqi nationalism—though others share in the blame—and simply propping him up could eventually be costly. On Tuesday, Maliki defied international appeals for political outreach. Instead, he declared a boycott of a Sunni political bloc and put the blame for Iraq’s disintegration on Saudi Arabia. “We hold them responsible for supporting these groups financially and morally, and for the outcome of that—which includes crimes that may qualify as genocide: the spilling of Iraqi blood, the destruction of Iraqi state institutions and historic and religious sites,” his government said in a statement. So Washington will have to be bold and blunt with him—and even consider withdrawing support. Leaving the political work undone a third time around only risks yet another failure—and who knows how many more.