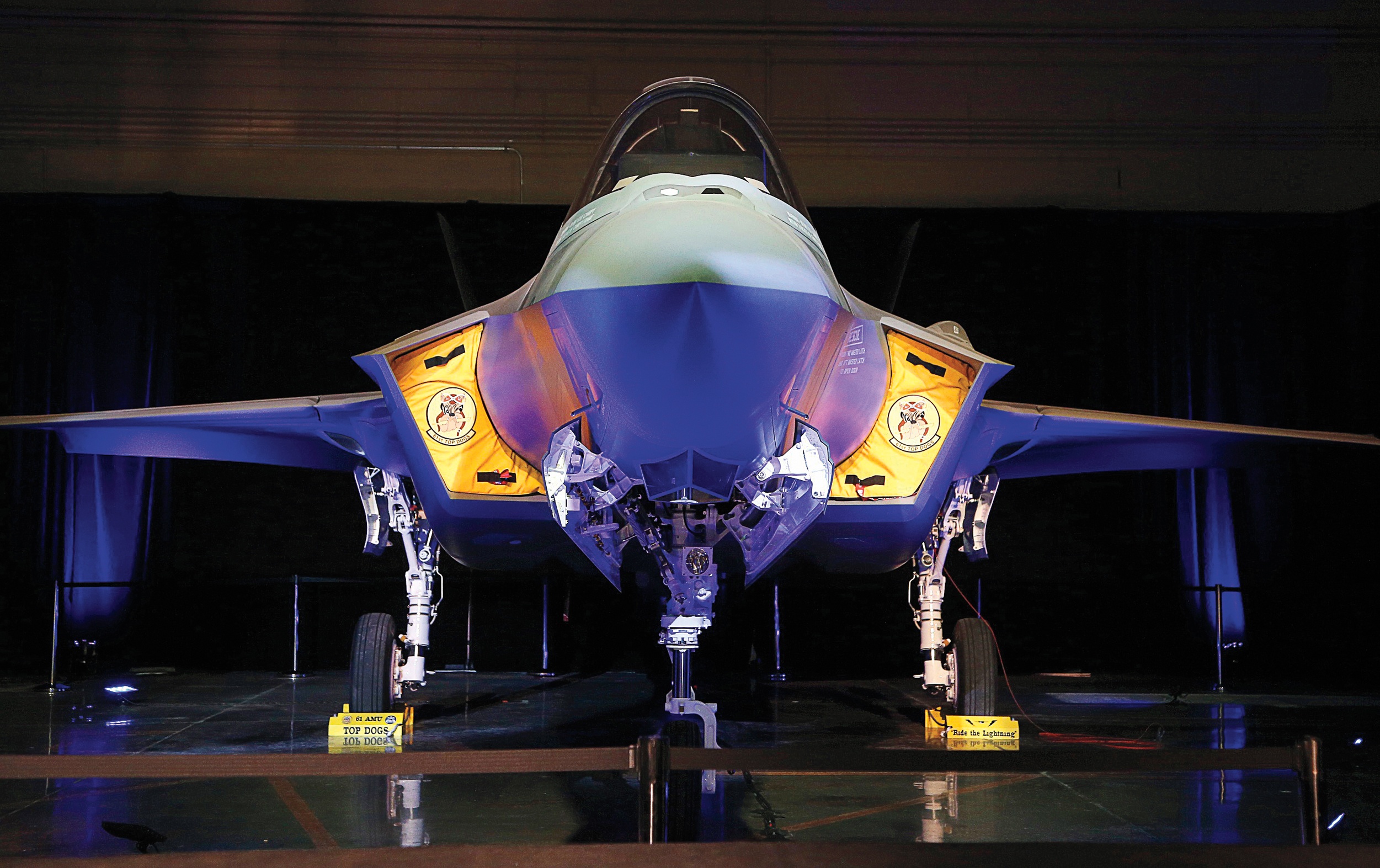 A self-selected group of former top military officers, CIA insiders and think-tankers, declared Tuesday in Washington that a seven-month review of the deadly 2012 terrorist attack has determined that [Gaddafi offered to abdicate as leader of Libya.]

‘Gaddafi wasn’t a good guy, but he was being marginalized,’ [Retired Rear Admiral Chuck ] Kubic recalled. ‘Gaddafi actually offered to abdicate’ shortly after the beginning of a 2011 rebellion.

‘But the U.S. ignored his calls for a truce,’ the commission wrote, ultimately backing the horse that would later help kill a U.S. ambassador.

Kubic said that the effort at truce talks fell apart when the White House declined to let the Pentagon pursue it seriously.

‘We had a leader who had won the Nobel Peace Prize,’ Kubic said, ‘but who was unwilling to give peace a chance for 72 hours.’
The Washington Times wrote in January:

“I have been contacted by an intermediary in Libya who has indicated that President Muammar Gadhafi is willing to negotiate an end to the conflict under conditions which would seem to favor Administration policy,” [former U.S. Congressman Dennis] Kucinich wrote on Aug. 24.

Mrs. Clinton ordered a general within the Pentagon to refuse to take a call with Gadhafi’s son Seif and other high-level members within the regime, to help negotiate a resolution, the secret recordings reveal.

A day later, on March 18, Gadhafi called for a cease-fire, another action the administration dismissed.

“Everything I am getting from the State Department is that they do not care about being part of this. Secretary Clinton does not want to negotiate at all,” the Pentagon intelligence asset told Seif Gadhafi and his adviser on the recordings.

Communication was so torn between the Libyan regime and the State Department that they had no point of contact within the department to even communicate whether they were willing to accept the U.N.’s mandates, former Libyan officials said.

“The decision to invade [Libya] had already been made, so everything coming out of the State Department at that time was to reinforce that decision,” the official explained, speaking only on the condition of anonymity for fear of retribution.

***
“The Libyans would stop all combat operations and withdraw all military forces to the outskirts of the cities and assume a defensive posture. Then to insure the credibility with the international community, the Libyans would accept recipients from the African Union to make sure the truce was honored,” Mr. Kubic said, describing the offers.
“[Gadhafi] came back and said he was willing to step down and permit a transition government, but he had two conditions,” Mr. Kubic said. “First was to insure there was a military force left over after he left Libya capable to go after al Qaeda. Secondly, he wanted to have the sanctions against him and his family and those loyal to him lifted and free passage. At that point in time, everybody thought that was reasonable.”
But not the State Department.
Gen. Ham was ordered to stand down two days after the negotiation began, Mr. Kubic said. The orders were given at the behest of the State Department, according to those familiar with the plan in the Pentagon. Gen. Ham declined to comment when questioned by The Times.

“If their goal was to get Gadhafi out of power, then why not give a 72-hour truce a try?” Mr. Kubic asked. “It wasn’t enough to get him out of power; they wanted him dead.”
Similarly, Saddam Hussein allegedly offered to let weapons inspectors in the country and to hold new elections. As the Guardian reported in 2003:

In the few weeks before its fall, Iraq’s Ba’athist regime made a series of increasingly desperate peace offers to Washington, promising to hold elections and even to allow US troops to search for banned weapons. But the advances were all rejected by the Bush administration, according to intermediaries involved in the talks.
Moreover, Saddam allegedly offered to leave Iraq:

“Fearing defeat, Saddam was prepared to go peacefully in return for £500million ($1billion)”.

“The extraordinary offer was revealed yesterday in a transcript of talks in February 2003 between George Bush and the then Spanish Prime Minister Jose Maria Aznar at the President’s Texas ranch.”

“The White House refused to comment on the report last night. But, if verified, it is certain to raise questions in Washington and London over whether the costly four-year war could have been averted.”
According to the tapes, Bush told Aznar that whether Saddam was still in Iraq or not, “We’ll be in Baghdad by the end of March.” See also this and this.

Susan Lindauer (after reading an earlier version of this essay by Washington’s Blog) wrote:

That’s absolutely true about Saddam’s frantic officers to retire to a Villa in Tikrit before the invasion. Except he never demanded $1 BILLION (or $500 MILLION). He only asked for a private brigade of the Iraqi National Guard, which he compared to President Clinton’s Secret Service detail for life throughout retirement. I know that for a fact, because I myself was the back channel to the Iraqi Embassy at the U.N. in New York, who carried the message to Washington AND the United Nations General Assembly and Security Council. Kofi Annan was very much aware of it. So was Spain’s President Asnar. Those historical details were redacted from the history books when George Bush ordered my arrest on the Patriot Act as an “Iraqi Agent”– a political farce with no supporting evidence, except my passionate anti-war activism and urgent warnings that War in Iraq would uncover no WMDs, would fire up a violent and bloody counter-insurgency, and would result in Iran’s rise as a regional power. In 2007, the Senate Intelligence Committee hailed my warnings in Jan. 2003 (as the Chief Human Intelligence covering Iraq at the U.N.) to be one of the only bright spots in Pre-War Intelligence. Nevertheless, in 2005 and again in 2008, I was declared “incompetent to stand trial,” and threatened with “indefinite detention up to 10 years” on Carswell Air Force Base, in order to protect the cover up of Iraqi Pre-War Intelligence.
(The New York Times has covered Lindauer at least 5 times, including here and here.)

On October 14, 2001, the Taliban offered to hand over Osama bin Laden to a neutral country if the US halted bombing if the Taliban were given evidence of Bin Laden’s involvement in 9/11.

Specifically, the Guardian noted in 2001:

Returning to the White House after a weekend at Camp David, the president said the bombing would not stop, unless the ruling Taliban “turn [bin Laden] over, turn his cohorts over, turn any hostages they hold over.” He added, “There’s no need to discuss innocence or guilt. We know he’s guilty” …

Afghanistan’s deputy prime minister, Haji Abdul Kabir, told reporters that the Taliban would require evidence that Bin Laden was behind the September 11 terrorist attacks in the US.

“If the Taliban is given evidence that Osama bin Laden is involved” and the bombing campaign stopped, “we would be ready to hand him over to a third country”, Mr Kabir added.
However, as the Guardian subsequently pointed out:

A senior Taliban minister has offered a last-minute deal to hand over Osama bin Laden during a secret visit to Islamabad, senior sources in Pakistan told the Guardian last night.

For the first time, the Taliban offered to hand over Bin Laden for trial in a country other than the US without asking to see evidence first in return for a halt to the bombing, a source close to Pakistan’s military leadership said.
And the Guardian reports today:

Russia proposed more than three years ago that Syria’s president, Bashar al-Assad, could step down as part of a peace deal, according to a senior negotiator involved in back-channel discussions at the time.

Former Finnish president and Nobel peace prize laureate Martti Ahtisaari said western powers failed to seize on the proposal. Since it was made, in 2012, tens of thousands of people have been killed and millions uprooted, causing the world’s gravest refugee crisis since the second world war.

Ahtisaari held talks with envoys from the five permanent members of the UN security council in February 2012. He said that during those discussions, the Russian ambassador, Vitaly Churkin, laid out a three-point plan, which included a proposal for Assad to cede power at some point after peace talks had started between the regime and opposition.

But he said that the US, Britain and France were so convinced that the Syrian dictator was about to fall, they ignored the proposal.

“There was no question because I went back and asked him a second time,” he said, noting that Churkin had just returned from a trip to Moscow and there seemed little doubt he was raising the proposal on behalf of the Kremlin.

Ahtisaari said he passed on the message to the American, British and French missions at the UN, but he said: “Nothing happened because I think all these, and many others, were convinced that Assad would be thrown out of office in a few weeks so there was no need to do anything.”
Similarly, Bloomberg reported in 2012:

As Syria slides toward civil war, Russia is signaling that it no longer views President Bashar al-Assad’s position as tenable and is working with the U.S. to seek an orderly transition.

After meeting with French President Francois Hollande, among the most adamant of Western leaders demanding Assad’s departure, Putin said Russia was not invested in Assad staying.

“We aren’t for Assad or for his opponents,” Putin told reporters in Paris on June 1. “We want to achieve a situation in which violence ends and a full-scale civil war is avoided.”
And yet, as with Gaddaffi, Saddam Hussein and Bin Laden, the U.S. turned down the offer and has instead prosecuted war. See this and this.

Postscript: An offer by Russia for Assad to leave is not the same as an offer by Assad himself. However, because the Syrian government would have long ago fallen without Russia’s help, the distinction is not really that meaningful.