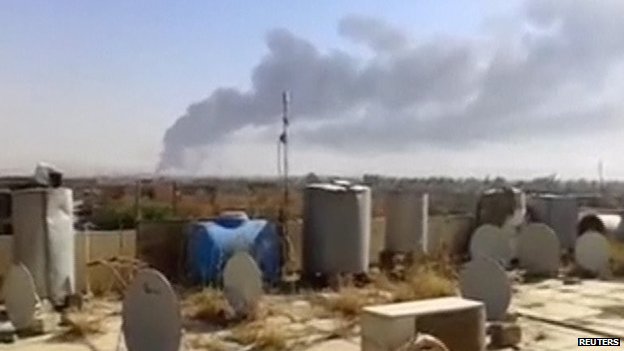 Officials insisted security forces were “in full control” of the Baiji refinery, about 200km (130 miles) north of the capital Baghdad.

However, trapped workers said militants were still inside the facility and that there continued to be sporadic clashes.

The fighting comes as US President Barack Obama considers a request for air strikes against the militants.

A spokesman for the party of Iraqi Prime Minister Nouri Maliki told the BBC the country’s leaders had felt “abandoned” by the international community as several northern cities and towns were seized by attacks by the Islamic State in Iraq and the Levant (ISIS) and its Sunni Arab allies.

ISIS-led militants launched an assault on the Baiji refinery early on Wednesday. 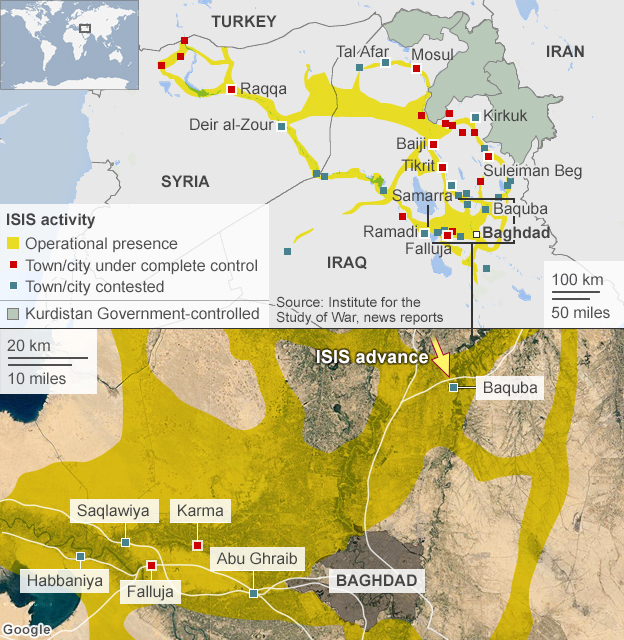 On Thursday, the Iraqi military said some 100 assailants had been killed as troops and helicopter gunships repelled repeated attacks that continued overnight.

“Baiji oil refinery is in full control of the Iraqi security forces, and that all the terrorist attempts to target it were thwarted,” Lt Gen Qasim Atta told a news conference.

But workers trapped inside said the militants had breached the perimeter and set fire to several storage tanks. Some said they had taken control of most of the facility. Video footage showed smoke billowing from the refinery and the black flag used by ISIS flying from a building.

Another witness told the Associated Press that militants also manned checkpoints around the refinery.

Nearly all the 15,000 workers at the refinery and 100 foreign experts left on Tuesday when the plant was shut down in anticipation of the attack.

On Thursday morning, about 250 to 300 workers were evacuated under an agreement brokered by local tribal leaders, one of the workers told the Reuters news agency.

The battle over Baiji, which supplies much of the country’s domestic fuel, has sparked fears that Iraqis will soon experience long queues at petrol pumps and electricity shortages. 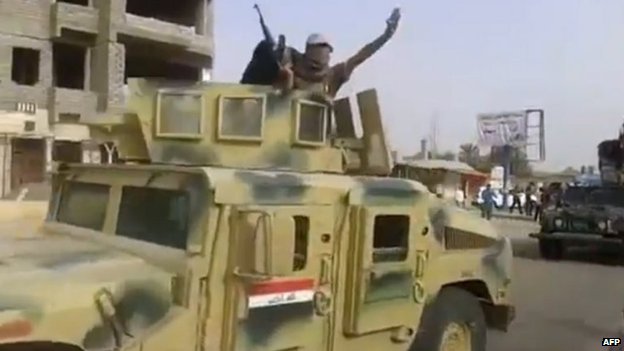 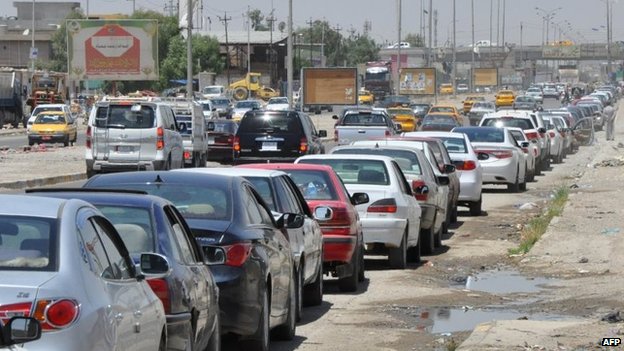 The UN Children’s Fund said the situation facing the 400,000 displaced people in the north was “dire”

Meanwhile, police told the BBC that ISIS-led militants had killed 13 police officers and Kurdish peshmerga militiamen while capturing the village of Bayshir, south of the strategically important northern city of Kirkuk, over the past two days.

On Wednesday there were fierce clashes in Baquba, about 60km (37 miles) north of Baghdad, as jihadists again tried to enter the city centre and seize its prison. 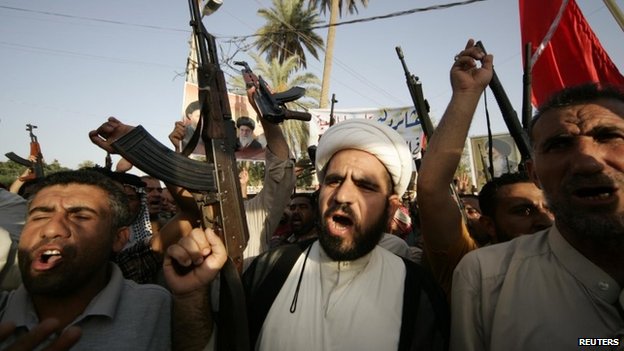 Shia militiamen have been sent to assist in the defence of the capital of Diyala province, which has effectively become a front line, and the nearby city of Samarra, site of a major Shia shrine.

Mr Maliki has tried to assure Iraqis that the momentum is shifting, but the representative of Grand Ayatollah Ali al-Sistani, the most senior Shia cleric in Iraq, told the BBC that religious leaders sensed “a real danger which threatens Iraq and its unity”.

On Wednesday, the chairman of the US Joint Chiefs of Staff, Gen Martin Dempsey, warned that the US military still lacked sufficient intelligence to take action. He told a congressional hearing that pilots would have difficulty knowing who they were attacking from the air.

Asked if the intervention might come too late, Gen Dempsey said: “There is very little that could have been done to overcome the degree to which the government of Iraq has failed its people. That is what has caused this problem.”

ISIS has exploited deep resentment among Iraq’s minority Sunni Arabs, who have long accused Mr Maliki of discriminating against them and monopolising power.

A spokesman for Mr Maliki’s Dawa party, Zuhair al-Nahar, said the prime minister had met Sunni Arab and Kurdish leaders and that they had “come out in a united stand”.

“My message from all the leaders in Iraq is that they feel abandoned, that they want America, Europe, the UN, to take immediate action to rectify the military situation,” he told the BBC. 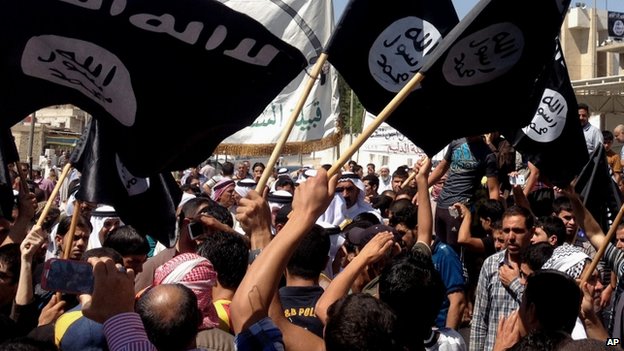 The rebels now control the northern cities of Mosul and Tikrit

ISIS grew out of an al-Qaeda-linked organisation in Iraq