The worst place in the world to be a woman 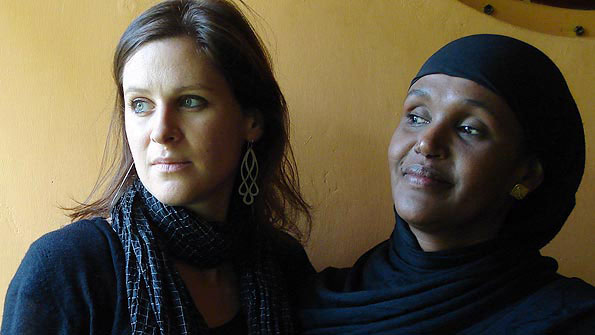 LISA SHANNON is a women’s-rights activist and co-founder of first sexual-violence centre in Somalia’s capital, Mogadishu. Through Women for Women International she set up Run for Congo Women, a global effort to support more than 1,400 Congolese women battered by strife. Ms Shannon’s first book, “A Thousand Sisters” (2010), details her journeys into war-torn eastern Congo in 2007 and 2008.

Somalia is not a great place to be woman.

interest in Somalia grew out of the fact that it’s considered to be one of the worst places on Earth to be a woman. It has near-universal female genital mutiliation. Women are locked out of healthcare, so the figures on infant mortality and death during childbirth are unknown, but certainly terrible. It has widespread domestic violence and, on top of that, 20 years of complete instability in which women were forced to flee their homes. In south-central Somalia you also have the impact of the Shabab [an Islamist militia].

What is the impact of the Shabab on women?

They have been terrorising women. It’s hard to know about Shabab-controlled areas because there has been no humanitarian access, so measuring the levels of sexual violence and attacks on women has been extremely difficult. That is not to say it is not happening. When I was there in 2011 I interviewed a young woman of 17 whose father had been killed. She was living in a camp, caring for her brothers and sisters, next door to another girl with whom she shared chores. Shabab showed up at the friend’s house wanting to marry the girl. A lot of people reject the term “forced marriage” because what you are really talking about is sexual slavery. The girl’s father refused, so the Shabab killed him. They dug a hole in front of her friend’s hut, dragged her friend out, buried her up to the neck in sand and stoned her to death. Then she herself was gang-raped by five Shabab militiamen in front of her brothers and sisters.

Is there anything that can be done?

In partnership with a local woman I created the first sexual-violence crisis centre in Mogadishu. Last month the Transitional Federal Government (TFG) formed a sexual-violence task force, so there is some very new recognition of the crisis in Somalia. This is because, now that some areas have been seized from the Shabab, these women can actually be reached. The last I heard there had been 2,200 cases of sexual violence reported in and around Mogadishu.

Presumably it is difficult to report this if it’s a way of life.There are famous cases of women being beheaded for reporting sexual violence in Shabab-controlled areas. I also met a woman who had been gang raped by TFG soldiers at her camp. Her camp leader took her to the authorities to report the rape and both of them were arrested. The sense of impunity around sexual violence is certainly not limited to the Shabab.

Are women fighting back?

An important point that is often missed is that, despite the unbelievable culture of oppression, you have some remarkable women leaders on the ground in Somalia, risking their lives every day. Hawa Abdi, a physician who has maintained a refugee camp on her property right outside Mogadishu, faces down the Shabab constantly. Fartun Adan runs the sexual-violence crisis centre in Mogadishu. When we’re looking at the future of Somalia these women need to be at the table. Things are changing now that the African Union [a regional body], the Ethiopian and Kenyan armies have wrested control from the Shabab in certain areas. Somalia is facing an unprecedented confluence of factors that might give the country a shot at peace.

What has contributed to this watershed?

Since the “Black Hawk Down” incident in 1993 [when two American military helicopters were shot down over Mogadishu leading to a pitched urban battle with Somali fighers] the international approach has been very hands off. But, if there is any silver lining to the recent famine, it is that, since July 2011, there has been a renewed interest in the human situation in Somalia. The UN just mandated that the number of African Union troops in the country can rise from 12,000 to 17,000. What is needed now is more stable government. The transitional authorities, whose mandate ends this year, is weak and corrupt. There is no rule of law. The interior minister, Abdi Shakur Sheikh Hassan, was blown up in a suicide attack by his own niece last June.

How do you create a stable government out of this situation?

Why is there so little talk about Somaliland? Somaliland went through a peace and reconciliation process in the early 1990s and it has been stable and functioning like an independent country with its own police force and currency. It’s safe to travel there. When you look at Somalia it’s tempting to think there is no hope, and yet we have a shining example of what can work in that context. The peace process in Somaliland didn’t have international support and yet they did it. That’s not to suggest that the international community shouldn’t fund the transition in Somalia—they must. There is a lot of hope, particularly at this moment. I would not have said that last year.