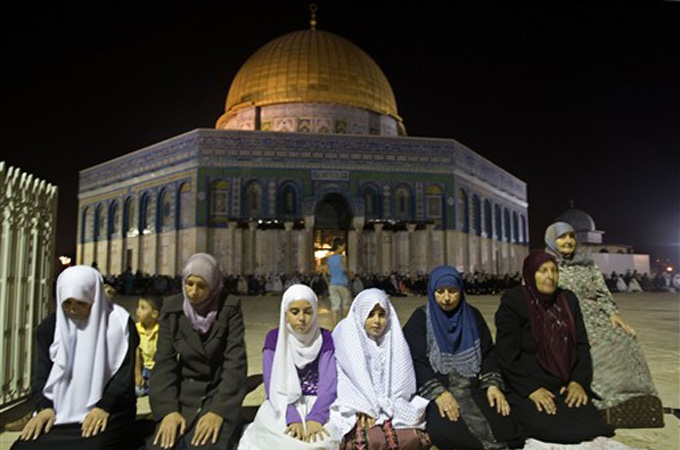 The topic of the geopolitics of passions in the Middle East.
They revolve around three themes:

1. The deepest and most intense passions among Arabs are those having to do with
identity, recognition and dignity.

2. There exists a tension between two extreme passions: a religious one, inspiring a desire for sacrifice and martyrdom, and a worldly one, inspiring an appetite for worldly goods and wealth. This may be one explanation for the current geopolitical situation in the Middle East, where, from a military perspective, the three most powerful countries are non-Arab: Israel, Iran, and Turkey. On the other hand, the Arab states, in spite of their excellent human talents and considerable wealth, have to rely on natural resources and on external help – particularly for their security, and have not, thus far, succeeded either in uniting or in building a series of viable, stable and powerful entities.

3. In the confrontation between Arab states or movements and Israel, as well as between al-Qaeda and the US, or, indeed, most insurrections and counter-insurrections, a dialectic of passions is at work: each side seems to be animated either by the immediate imperative of survival in the face of a ruthless enemy, or by motives of justice, honour and self-respect; while it sees the enemy, whatever its original destructive motivations, as susceptible to a utilitarian calculus of fear and interest, or of punishment and reward, which should make it accept defeat. Neither side understands that its own actions provoke an analogous reaction of humiliation or resentment on the other side, which leads it to more resistance and more extreme actions, and leads them both to endless escalation.

Thucydides and Hobbes distinguish between three basic political passions: 1) fear; 2) the search for security, appetite, material goods, honour or pride; and 3) the search for glory, status or recognition of one’s merits or rights. The denial of these passions leads to anger.

In the Middle East, the first two types of passions are present everywhere, but, it seems to me, the third is particularly important.

To begin with, there is the passionate search for identity. All individuals and peoples in the 21st century have multiple identities and face a choice.

This seems particularly acute in the case of Arabs. Between the individual and the world, the number of alternative or complementary loyalties, which vary according to time and place, is considerable. They can be familial or tribal, national for the heirs of past empires or for the citizens of recently-created states, or pan-Arab and pan Islamic, animated by the hope of a united Arab nation or a world Ummah of believers.

Of course, the search for, and affirmation of, identity becomes truly passionate when it has to do with reactions for or against past, present and future inequalities, with humiliation for the present, nostalgia for the past, and hope or fear for the future.

In this respect, the passion which, at the minimum, is most common to all Arabs is the revolt against the invasion and occupation of Arab lands by foreign powers, and against the suffering and humiliation imposed on their populations.

This, of course, is centred on the occupation of Palestine by Israel, but many extend it to the American wars in Iraq and Afghanistan, and some to the presence of American troops in Mecca.

An extreme version, propagated by al-Qaeda, sees a huge conspiracy of Jews, Americans and the West, linking the crusades, colonisation, the creation of Israel, globalisation, the spread of Western culture and values directed against Islam, and, in particular, the Arab world.

A less systematic but still fairly comprehensive and widespread feeling combines nostalgia for the former cultural and military primacy of the Arab world, anger and humiliation for its fragmentation by the Western powers after World War I and for its defeat at the hands of Israel since World War II, for the treatment of Muslims in some Western countries, with hope for long-term victory signalled by the withdrawal of French and British forces from the Maghreb and the Middle East, of Israel from South Lebanon and Gaza, and of the progress both of Islam and of certain Arab states, based on the example of the ultimate defeat of the crusaders.

If one looks at the major passions – other than pride and humiliation – one becomes aware of a split that occurred with the destruction of Saddam Hussein’s tyranny. 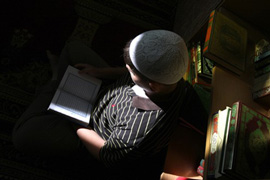 Some see a conspiracy to spread Western values directed against Islam

The split is between a religious and a worldly orientation, or between a violent and an economic one.

To understand this, I appeal to the German philosopher Hegel, and to the Arab historian and founding father of sociology Ibn Khaldun.

Hegel said that Islam was the only truly monotheistic religion, and Muslims the only true believers. This may lead them, he argued, on the one hand, to a thirst for sacrifice and to an abstract fight which despises all human differences and loses all moderation, or, on the other hand, to a no-less intense turn towards physical enjoyment and financial possessions.

Ibn Khaldun distinguishes between the community of nomadic warriors and that of settled townsmen who discover comfort and lose their fighting spirit.

These two oppositions are not identical since one applies to religion and the other to social evolution. But they both seem to be confirmed by the current duality between what one may call the human bomb and the Arab or Islamic capitalist.

On the one hand, there is the sacrifice of those who choose martyrdom out of despair, out of mystical devotion, or out of abstract hatred. On the other hand, there is the success of states and social strata which, building on national resources and commerce, become economic powers whose global financial weight is increasing and whose architectural and cultural achievements stand out.

Both ways may, in a sense, converge in reviving pride by challenging the superiority of the West. But both the passions which inspire them and their results point in diverging directions.

Suicide by itself may inspire grudging respect, but has been shown not to shatter the power of the enemy (such as the Israeli occupation), nor even to prevent its progress, and the use of indiscriminate killing of innocents (among whom a majority are Muslims) jeopardises the initial support of Arab public opinion even if it continues to inspire young converts or candidates across the world.

The growth of economic power, particularly in the Gulf, impressive as it is, has not yet succeeded in building a political and military power comparable to that of Iran or Turkey.

This creates new grounds for distrust, jealousy and insecurity. Until the undeniable progress achieved in domestic security and in wealth gives rise to a strong state or union of states capable of standing up diplomatically and militarily to their neighbours, and to protect their citizens and allies with dignity and moderation, there will be a geopolitical vacuum that will be vulnerable to imperialism and to terrorism.

Utilitarian calculus or struggle for recognition?

My last point does not apply specifically to the Middle East. It is equally valid for Vietnam and Afghanistan, as well as for past colonial wars or for any confrontation between a Western, capitalist power and a movement of armed resistance or insurgency. But it applies perfectly to the conflict between Israel and the Palestinians, and, in a different way, to the conflict between the US and al-Qaeda.

It seems to me that in each case the insurrection or resistance movement sees itself as motivated by heroic, patriotic or religious motives, or by the search for glory and honour, while it sees the opponent as corrupt, cowardly, and having lost the manly virtues of the warrior.

Osama bin Laden thought 9/11 would result in a withdrawal of the US from the Middle East, or, at least, from the Arabian Peninsula. Similarly, Hezbollah thought Israel’s withdrawal from south Lebanon would be the beginning of its acceptance of defeat because, as Hafez al-Asad said to Kissinger: “Israel is becoming like you. It no longer knows how to suffer and to die.”

This calculus may well turn out to be true one day, especially for Americans or Europeans who send expeditionary forces far away and must follow their public opinion. But the immediate effect on both Israel and George W. Bush’s America has been to increase their willingness to fight, and their desire for vengeance.

Conversely, they think that their opponents, or at least the peoples they claim to represent, will abandon the fight because of a Pavlovian calculation of punishment and reward; that, for instance, a starved and harassed Gaza population will turn against Hamas.

They may be right about war fatigue, but they underestimate the reaction of anger, indignation against the bombings and the humiliation, and the desire for vengeance.

When both sides understand the mutual and central role of humiliation, the result may be even worse.

When asked what should be done about the Muslims, Kissinger is reported to have answered: “They want to humiliate us, we must humiliate them.”

While patience and negotiation without passion and the willingness to fight lead to dishonourable defeat, an escalation of mutual humiliation without respect for the other side can only lead to mutual suicide.