To guard their investment,  super nightclub owners take their female employees’ passports and lock the doors of the hotel between 5 a.m. and 1 p.m.

Lebanon — Twenty minutes north of Beirut, in the Christian heartland of Lebanon is Jounieh, the country’s little Las Vegas, where dozens of “super nightclubs,” Lebanon’s equivalent of strip clubs, line the main street.

Inside one club, called Excalibur, a young woman from the Dominican Republic wore white denim-shorts cut just below the crotch, stiletto heels and a tight T-shirt that stopped just above her navel. She also wore braces on her teeth. 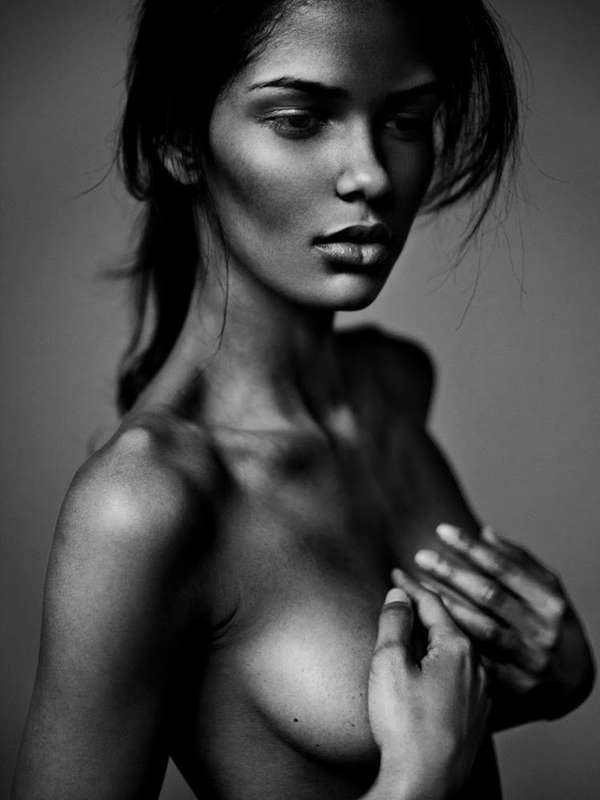 She was in Lebanon legally, classified by immigration authorities as an “artist,” owing to the fact that she dances on stage at some point during the night. About 4000 Ukrainian, Russian and Moroccan women like her come to Lebanon every year to work in Lebanon’s adult entertainment industry, of which the estimated 130 super nightclubs in the country are a staple.

Many Lebanese aren’t even aware that prostitution is legal in Lebanon. Licenses for brothels have not been issued since the 1970s. Now, super nightclubs fill part of the void, serving a middle-class and professional clientele in much the same way that escort services in North America and parts of Europe walk the thin line separating the sale of sex and the sale of social interaction.

Social mores and cultural taboos make it more practical for men here to turn to prostitutes for casual sex rather than an extra wife.

“Lebanese girls take work,” said one super nightclub owner who agreed to speak to GlobalPost on the condition that his name not be used. “You have to take them out to dinner, meet their family.”

“But the artists, the girls at the super nightclubs, you can meet them, take them out, go skinny dipping and have fun, and they aren’t so uptight,” he said.

The nightclub owner said most of his customers are Lebanese (they like blond women, he says), and older: He estimates 80 percent of his clients are between 50 and 60 years old.

“[The customers] like the company,” he said. “It refreshes their memory. Some are married. Some are divorced. Some don’t have partners. Some are shy. Some are lonely, and they come because they don’t know how to build relations.” In order to speak with one of the female “artists,” a customer must order “Champagne” and select the woman whom he wants to have sit at his table. The Champagne has little to do with the bottle of alcohol that arrives: the term is merely super nightclub-speak for having one of the artists sit at a customer’s table for exactly an hour and a half. Champagne usually costs about $60 to $80 (the government adds a value added tax of 10 percent to all purchases).

Once the women are ordered, they arrive at the customer’s table, sit down and strike up conversation. Kissing is permitted in super nightclubs, as is light petting, but anything beyond that is strictly prohibited by law, and most clubs won’t allow it.

But with the purchase of the Champagne, a customer also purchases the right to make a “date” with the woman, supposedly with her consent, anywhere from the next day until seven days after the visit.

The “date” is often code for sex.

When I visited the super nightclub, posing as a customer, the young Dominican woman made clear what services she could provide beyond dancing and sitting with customers.

“Sex costs $100 for three hours,” she said bluntly, responding to a question, and leaving the way open for a transaction. “Talk to the manager if you want to set a date.”

The date can be set for any day between 1 p.m. and 8 p.m., when the girls have “free time.” Lebanese regulations say the women must be in the super nightclubs between 8 p.m. and 5 a.m. Between 5 a.m. and 1 p.m., they must be in their hotels. This allows the police to keep the industry tightly regulated; it also allows the club owners to dominate the women’s lives and restrict their movement.

To guard their investment, super nightclub owners keep a tight leash on their “product.” Club owners take their female employees’ passports, and it’s regular practice for owners to lock the doors of the hotel between 5 a.m. and 1 p.m.

One man, who frequents super nightclubs and whose family owns several, justified restrictions on the women’s movement thus: “We are restricting movement for our own benefit,” he said. “Maybe she has a boyfriend and he doesn’t have the money to go out. He’ll come and pick her up and we won’t get our $66 for Champagne. If you don’t control everything, you will lose money.” The super nightclub owner said his club usually has between 15 and 25 artists working every night of the week. On average, 10 to 30 customers come in every evening. Most order Champagne.

With 130 clubs in Lebanon, that is equal to about $23 million in profit for the small sector per year — and that’s only the legitimate revenue.  But the practice of restricting employees’ freedom of movement has led some to charge the super nightclubs are involved in human trafficking and forced sexual labor.

In 2007, the U.S. Department of State released a report stating that although prostitution was illegal without a license, Lebanon’s General Security gave “implicit consent” to the trade. The equivalent report from 2009 mentions Syria as a “transit country for Iraqi women and girls trafficked to Kuwait, the UAE, and Lebanon for forced prostitution.” It also lists Lebanon among those countries that are “a destination for men and women trafficking for the purposes of forced labor and commercial sexual exploitation.”

The Ministry of Tourism is responsible for licensing super nightclubs. Director General Nada Sardouk was willing to speak to GlobalPost but reluctant to address her ministry’s involvement in the seedy super nightclub sector, though she did express her libertarian approach to the taboo subject.

“[People] don’t have to go [to the super nightclubs] … it’s very simple. If you don’t want to see the sea, don’t go to the beach,” she said, as she recalled a trip to Amsterdam where police were handing out condoms to prostitutes in the streets.

Sardouk says she opposes any kind of child prostitution and sex tourism. And she says the aspect of nightclub owners locking the women in the hotel for hours during the day bothers her. But she excuses Lebanon’s archaic laws, which seem to violate widely accepted international standards of human rights.

“Personally, as I woman, I hate that, to be kept inside, under control, [but] this is the law,” Sardouk said. “If the woman signed the contract, and she’s aware about what she’s going to do and agree with this, then I cannot defend her if she agreed with this.”

Locking the women inside their hotels during certain hours is one way the authorities try to keep the industry tightly regulated, and Lebanon’s Directorate of General Security does commit a significant amount of man power to super nightclub law enforcement.

But given Lebanon’s other overriding problems it’s not surprising there would be loopholes and problems with the regulatory system of super nightclubs. The issue never comes up in either local or national politics, nor is it raised by Islamist groups like Hezbollah, probably because it is well away from their areas of popular support and control.

But the industry has serious issues. Another U.S. Trafficking in Person’s report that came out in June states that Lebanon’s General Security reported “47 complaints of physical abuse, rape, and withheld earnings of foreign women working in adult clubs in 2008.” The report said the complaints “may have involved conditions of involuntary servitude.” Most of the cases, the report says, “were settled out of court and the victims deported.”

Because the “artists” are deported, the reported cases of abuse may be far lower than actually occur in reality. The trafficking report goes on to say that it is not unheard of for “Women recruited for prostitution [in Lebanon] under its ‘artist’ work permit program [to be] summarily deported…if they complained of mistreatment.”

Because women are deported if there are problems, there is no advocacy group to help women working at the super nightclubs. But super nightclub owners say the accusations of human trafficking are unfounded.

“They know why they’re here,” said the man whose family owns super nightclubs. “People know what coming to Lebanon means. The women lie to their parents about which country they’re coming to. A woman I know tells her family she is in Hong Kong.”

Super nightclub owners are also quick to point out that although the women may be selling their bodies, they’re making good money. If they spend two hours with three customers during their free time, and charge $100 per customer, they’re making $300 a day on top of their salary.

The super nightclub owner said he treated his artist employees well, and even bragged that it’s not unusual for a client to fall in love with one of the prostitutes. The owner boasts that 70 of his Lebanese customers have married women from his club. Lebanese General Security even has rules and regulations clarifying how long an artist must be remain outside the country in order to receive residency if she marries a Lebanese client (the rule is one year).

“Here in Lebanon we closed the brothels, so now customers go to super nightclub[s] where they can take a woman out the next afternoon,” he said. “This is nothing. The most important thing is that the owner of the super nightclub doesn’t sell the woman.”

Siranossian said the government tightly regulates the sector, and thus protects the woman. Still, it appears that circumventing the law is relatively easy. Police corruption in Lebanon is nothing new, and several people acquainted with the industry interviewed for this article said that, at least in the recent past, law enforcement has often looked the other way if enough money is offered.

“The law was permitting us,” said the man whose family is involved in the super nightclub business. “When the police come, we’d pay a lot of money, and they’d forget everything for one week, two weeks,” he said “But they’re putting too much pressure now. They refuse to take the money.” “The one who opens a super nightclub, for sure if he doesn’t have support at high level, it’s not easy for him,” said one person familiar with the prostitution business who didn’t want to be named. “If the [super nightclub] took this permission and they pay money, they can do what they want to do.”

Despite its seediness, the same person said the world of super nightclubs does appear to be a clean, transparent and well-regulated industry compared with the plight of street level and red light bar prostitutes in Lebanon. These women sell their bodies for anywhere from $2 to $30 for sex.

Kara says that especially during the summer and fall tourist seasons, prostitution at all levels of society continues to be a “very big business” in Lebanon.

“Because of the tourism here … there is demand,“ she said. “And when there is demand, there is supply, from these women who are very poor, who need money, who are not supported, because they don’t have another solution.”

One Response to “Middle East Demand For Sex: Prostitutes vs. Extra Wives”