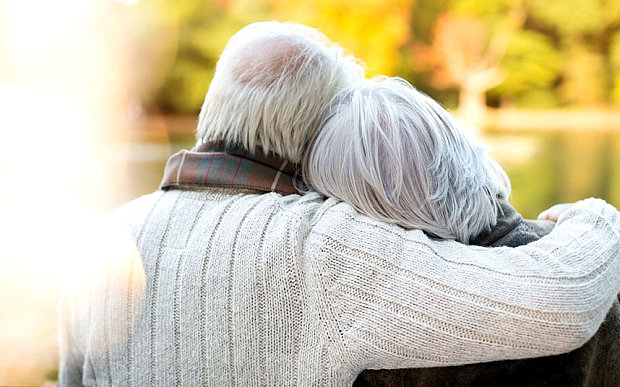 Goodbye to one of the best years in history
It might not feel like it, but we are safer, richer and healthier than at any time on record

Newspapers can seem like a rude intrusion into the Christmas holidays. We celebrate peace, goodwill and family – and then along come the headlines, telling us what’s going wrong in the world. Simon and Garfunkel made this point in 7 O’Clock News/Silent Night, a song juxtaposing a carol with a newsreader bringing bad tidings. But this is the nature of news. Whether it’s pub gossip or television bulletins, we’re more interested in what’s going wrong than with what’s going right.
Judging the world through headlines is like judging a city by spending a night in A&E – you only see the worst problems. This may have felt like the year of Ebola and Isil but in fact, objectively, 2014 has probably been the best year in history. Take war, for example – our lives now are more peaceful than at any time known to the human species. Archaeologists believe that 15 per cent of early mankind met a violent death, a ratio not even matched by the last two world wars. Since they ended, wars have become rarer and less deadly. More British soldiers died on the first day of the Battle of the Somme than in every post-1945 conflict put together.
The Isil barbarity in the Middle East is so shocking, perhaps, because it comes against a backdrop of unprecedented world peace.
We have recently been celebrating a quarter-century since the collapse of the Berlin Wall, which kicked off a period of global calm. The Canadian academic Steven Pinker has called this era the “New Peace”, noting that conflicts of all kinds – genocide, autocracy and even terrorism – went on to decline sharply the world over. Pinker came up with the phrase four years ago, but only now can we see the full extent of its dividends.
With peace comes trade and, ergo, prosperity. Global capitalism has transferred wealth faster than foreign aid ever could.
Related Articles
Mark Reckless, left, who quit the Tories in favour of Nigel Farage’s Ukip
2014: the year Ukip and the SNP shook Westminster 22 Dec 2014
World in 2014: the stories of the year 22 Dec 2014
Christmas Day Truce: the real story behind the festive football match 24 Dec 2014
How one young soldier’s song inspired the 1914 Christmas Truce 22 Dec 2014
A study in the current issue of The Lancet shows what all of this means. Global life expectancy now stands at a new high of 71.5 years, up six years since 1990. In India, life expectancy is up seven years for men, and 10 for women. It’s rising faster in the impoverished east of Africa than anywhere else on the planet. In Rwanda and Ethiopia, life expectancy has risen by 15 years.
This helps explain why Bob Geldof’s latest Band Aid single now sounds so cringingly out-of-date. Africans certainly do know it’s Christmas – a Nigerian child is almost twice as likely to mark the occasion by attending church than a British one. The Ebola crisis has led to 7,000 deaths, each one a tragedy. But far more lives have been saved by the progress against malaria, HIV and diarrhoea. The World Bank’s rate of extreme poverty (those living on less than $1.25 a day) has more than halved since 1990, mainly thanks to China – where economic growth and the assault on poverty are being unwittingly supported by any parent who put a plastic toy under the tree yesterday.
Britons don’t need to look abroad for signs of progress. The Lancet report showed that, since 1990, life expectancy in Western Europe is up by five years – thanks, mainly, to fewer deaths from cancer and heart disease.
Ministers are now fretting about something else: a “time bomb” created because citizens are living longer and healthier lives than ever; the Queen now needs a team of seven people to send birthday cards to centenarians. Even the winter, one of our biggest killers, is losing its bite. For decades, at least 25,000 pensioners have died of cold-related diseases. A few weeks ago, it emerged that last winter the figure had fallen to 18,200 – the lowest ever recorded. Almost half a century after the moon landing, we’re finally working out how to insulate the homes of the elderly.
Prosperity is bringing benefits without trashing the planet. Since 1990, the UK’s greenhouse gas emissions are down, in spite of our economy being about 60 per cent larger – thanks to more efficient technology. Our roads are safer, as well as greener. Traffic deaths are down by two-thirds since 1990, and are lower now than when the Model T Ford was on the road.
Prosperity does bring new problems; obesity, the resulting diabetes and the costs of far longer (and better) end-of-life care. But these are the problems of success.
Just over a century ago, a period of similarly rapid progress was coming to an abrupt end. The Belle Époque was a generation of scientific, medical and artistic advances, which, then, felt unstoppable. John Buchan summed up this mood in his 1913 novel The Power House. “You think that a wall as solid as the earth separates civilisation from barbarism,” one of his characters says. “I tell you: the division is a thread, a sheet of glass. A touch here, a push there, and you bring back the reign of Saturn.” So it was to prove.
Nothing is irreversible. And there will be a great many people for whom life is tough, and looks set to remain so for some time. We still have a lamentably long list of problems to solve. But in the round, there’s no denying it: we are living in the Golden Era. There has never been a better reason for people the world over to wish each other a happy and prosperous new year.