“Warm, sexy and always a little different,” is how perfumer Alberto Morillas describes oud, a pricey oil made from agar wood and its resin. Used for centuries in Arab countries, the perfume ingredient is now also a hit in Europe. If you can afford it 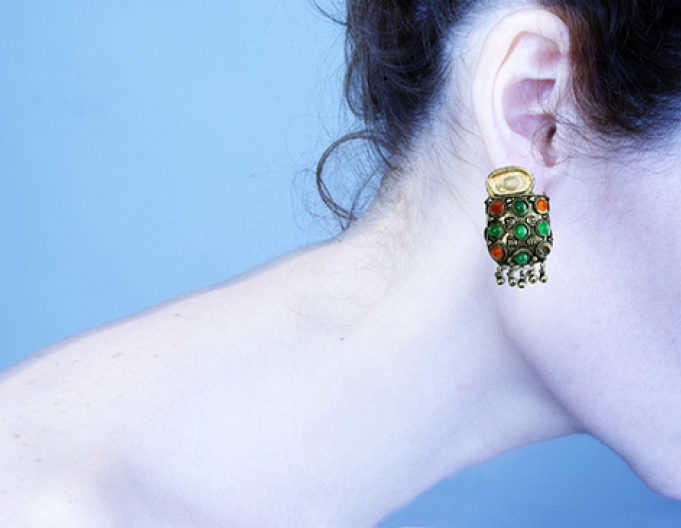 With ancient roots that cost more than gold and legends of Arab aphrodisiacs, a mysterious scent named “oud” has arrived from the east to seduce Europe’s top luxury houses.

It was exactly 10 years ago that it was first tucked into the Western market, when M7, an Yves Saint Laurent scent for men was released with a small dose of oud.

“Nobody had used it until then, nobody knew about it,” says Alberto Morillas, one of two perfumers who developed M7. “And oud still has something magical about it.”

In Arab countries the intense scent has been known for over 2,000 years. Oud oil is made from agar wood and its resin. The wood of agar trees, which grow mainly in the rain forests of Southeast Asia, is not itself particularly valuable. But when their heartwood is wounded, agar trees close the scar with resin.

The best oud comes from resin that has developed a particular mold – the more mold, the stronger the scent and the greater the price: up to 50,000 euros per kilo.

“A trend started in Western Europe about 10 years ago. And oud has really taken off in the last two to three years,” says Bodo Kubartz. Kubartz is a perfume expert who wrote Das große Buch vom Parfüm (The Big Book of Perfume) together with Frank J. Schnitzler.

“The oil has something animalistic, something woody about it that at the same time is very modern,” says Morillas. “It smells warm and sexy and always a little different. I dream of creating more perfumes with oud.”

The available selection of perfumes containing oud has grown over the last 10 years. These include Bond No. 9, launched in 2008 exclusively for Harrods. It continues to be the British department store’s top-selling perfume.

Paris perfumer Pierre Montale was inspired by oud during a three-year stint in Saudi Arabia, and has since specialized in oud scents. He offers about 20 varieties. “But many of the big names in perfume have also caught on and launched their own oud scents,” says Kubartz, which, he adds, remain customer favorites despite high prices.

The oil is so rare and so hard to get that it is very pricey: 100 milliliters of Bond No. 9 “New York Oud,” for example, cost 310 euros. Because of ever greater demand, agar trees are endangered. They used to grow from India to New Guinea, but today have practically disappeared in India, Bangladesh, Thailand and China.

Meanwhile, perfumer Alberto Morillas advises wearers of the precious scent to apply it to the Adam’s apple. “That’s very important,” he says. “Warmth is produced by the vibrations from speaking that makes the smell even more intense.”