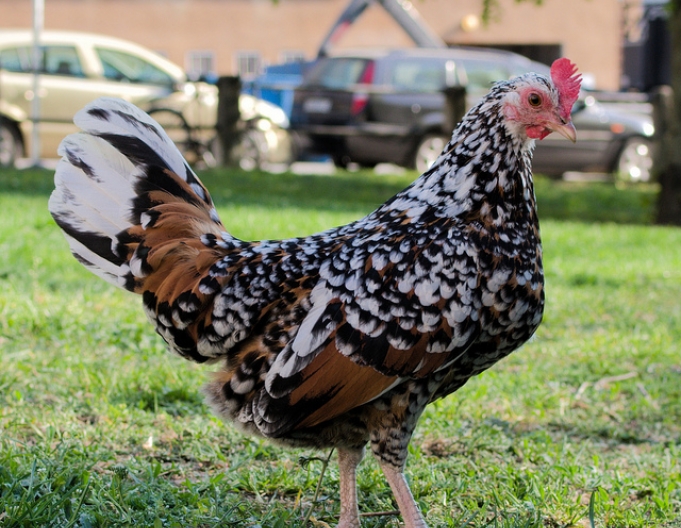 Getting your own fresh eggs for your morning Parisian omelette doesn’t necessarily require a trip to the local market. More and more French urbanites are finding space for a hen or two in their own homes.

PARIS – Now there’s a way to get a daily whiff of French country life right in the heart of the capital. More and more people in and around Paris have begun raising their own chickens. Yes, you heard right: Cocorico!! (that’s how French roosters crow…)

The Truffaut gardens have sold more than 20,000 egg-producing chicks and hens across France in 2011. And in the two years since it opened shop, Eco-poules sold enough henhouses to house 30,000 animals. “We thought we would reach more rural areas,” says Stanislas de Beaumont, the company founder. “But really, it’s around Paris that we have most of our clients.”

The economic upside – a small investment for free daily eggs — may be driving some. But for most people, the main focus is the organic and environmental appeal. Fear of junk food, rejection of industrial breeding: the reasons for raising your own urban chickens are the same in France and in the US were the trend started after such places as New York, Seattle, Chicago and LA authorized chickens within city limits.

The movement is now beginning to spread globally. A group in Montreal started a petition in 2010 to lift the ban on urban breeding. In France, municipal or coop rules can limit the process, but as a general rule, chickens are considered as pets, just like hamsters.

A few more pieces of advice from Michel Audureau, author of Et si j’elevais une poule (And if I raised a hen). Forget roosters and their noisy wake-up calls, hens don’t need them to lay eggs. And of course make the chicken feel at home. “Hens need to peck. They need soil and some space. So it’s hard to have one on your balcony, especially since they’re sensitive to cold.” So look for roof space or patios. And for the best eggs, chose red hens and give them a lot of grain for extra-hard shells.