As evidenced by this year’s “Arab spring,” Osama Bin Laden’s political influence began to wane even before his death. 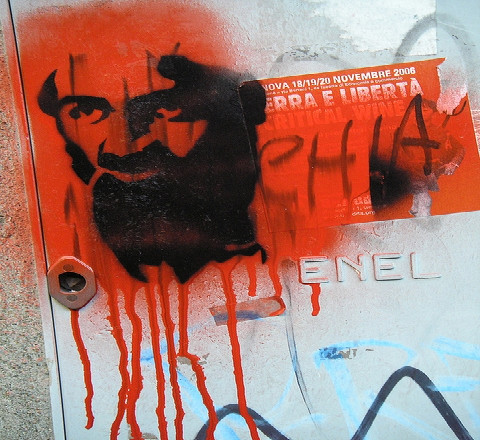 Timing could not have been better. The man who embodied international jihad for so long died just as the “Arab spring” delivered a serious blow to this totalitarian fantasy.

Osama bin Laden’s political death began when Arab peoples rose in the name of democracy and not in the Islamist caliphate envisioned by Al Qaeda.

What U.S. President Barack Obama announced May 1, when he reported that American commandos in Pakistan had killed the founder of Al Qaeda, was in many ways Bin Laden’s second death.

Politically speaking, the first demise of the Saudi dissident occurred when protestors in Tunis or Cairo started brandishing their revolutionary banners. They carried no message of anti-Western hatred, no threat towards “crusaders, Jews,” or towards America – Bin Laden’s usual targets. What Arab protestors around the world called for instead was freedom and democracy, values the jihadist leader deeply loathed.

In the Arab world, at least, bin Laden had already lost the battle – quite simply because the current uprising is not carried in the name of the Islamism so dear to the Al Qaeda leader. Bin Laden’s vision called for the establishment of an Islamist caliphate that would somehow solve all the problems facing Muslim countries, maybe even the entire world.

Bin Laden died just as the ability of Islamic terrorist groups to mobilize and train their fighters was waning. This is not to say there will be no more terrorist attacks in the world. The death of Bin Laden will not put an end to the killings and kidnappings carried out by Al Qaeda’s North African affiliates. The recent bombing in Morocco is an unfortunate case in point.

The cult of violence in its most ferocious form is not the only thing that Bin Laden leaves behind.  It is not overtaking the case to say he marked the beginning of the 21st century – both profoundly and tragically, shaping the world’s strategic landscape.

Convinced that it should wage war in response to the 9/11 attacks, the United States is still stuck in Iraq and Afghanistan. These interventions have not only had huge military and economic costs, they have also durably tarnished America’s image in the Arab and Muslim world. Even if Present Obama can benefit from Bin Laden’s death at home, the Afghan mess is far from over for him.

Al Qaeda also proved that a small group of people could successfully organize large scale murder. Had Bin Laden been able to kill 3 million people in New York City instead of 3,000, by unleashing a chemical or biological weapon, he would most certainly have done so.

The possibility of such an attack has made the fight against terrorism a top priority for most countries. In both the United States and Europe, the obsession for security has led governments to restrict certain civil liberties. Osama bin Laden’s horrific heritage lingers on.