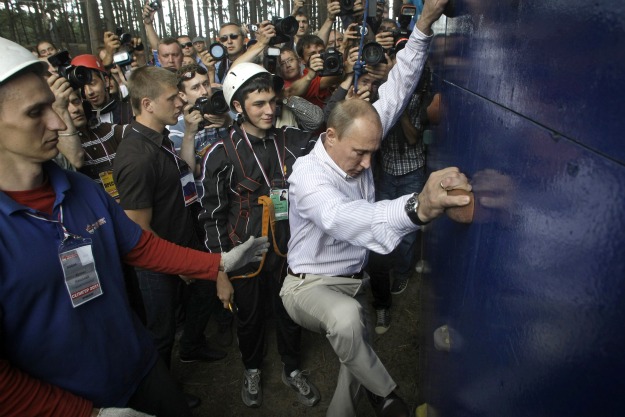 The Vladimir Putin era sometimes calls to mind Nicolai Gogol, a master of absurdist and biting social critiques of Czarist Russia. In the latest chapter, the prosecutor’s office in Moscow recently announced the reopening of a tax evasion case against Sergei Magnitsky, who has been dead for two years. A week earlier the Constitutional Court had declared that death was no impediment to the pursuit of justice, and the prosecutor even claimed that this investigation was for Magnitsky’s own good—to clear his name. The dead man’s family expressed “great wariness” on hearing the news.

Magnitsky was a lawyer at an American firm in Moscow whose clients included a Jewish rights group and an investment company, Hermitage Capital. In 2008, Magnitsky had claimed to unearth evidence of police corruption and embezzlement. Shortly thereafter, the police detained him on suspicion of helping Hermitage evade taxes. Magnitsky died after 11 months in police custody, at the age of 37.

His case illustrates Russia’s contempt for law and human rights, but it couldn’t be ignored when people outside Russia made a fuss. Senator Ben Cardin, the Maryland Democrat, last year called for officials implicated in Magnitsky’s case to be put on a visa blacklist and have their assets in the U.S. frozen. The State Department late last month slapped a visa ban on 60 Russians but minimized the impact by refusing to name them.

An organization called the Russian Council for Civil Society Institutions and Human Rights investigated and found that Magnitsky was beaten and denied proper medical treatment, including for possible pancreatitis. The council, which reports to President Dmitry Medvedev, recommended that criminal cases be opened against the doctors who tended to Magnitsky and police investigators who interrogated him.

Mr. Medvedev says he wants to improve Russia’s rights record, but his efforts haven’t gotten far. That may have something to do with the reality that Mr. Putin—previously president and now prime minister—calls the shots in Russia. Another arm of the state that reports to Czar Putin, the ministry of interior, rebuffed the Medvedev council in a letter released last week, saying it saw “no reasons” to investigate, much less punish, police officials in connection with the Magnitsky case. So now it looks like the interrogators won’t be held to account for his death.

The title of Gogol’s classic “Dead Souls” refers indirectly to the deadened soul of Russia itself. It was published in 1842, and for obvious reasons it remains popular in Russia.