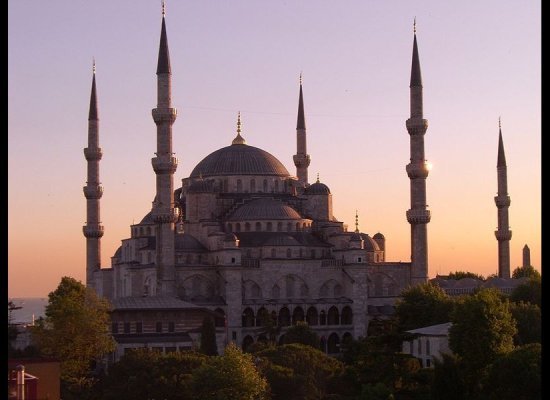 This raises the question: Who covered up a scandalous arrangement known to everyone with a casual acquaintance of the situation? The answer is the same as in Agatha Christie’s 1934 mystery about murder on the Orient Express, that is, everybody: former United States president George W Bush and vice president Dick Cheney, current US President Barack Obama and Vice President Joe Biden, India, China and Iran. They are all terrified of facing a failed state with nuclear weapons, and prefer a functioning but treacherous one.

The released papers – described as one of the biggest leaks in US military history – detail military operations between 2004 and 2009. Some of the documents published on July 25 disclose how North Atlantic Treaty Organization forces have killed scores of civilians in unreported incidents in Afghanistan. The documents claim that 195 civilians have been improperly killed and 174 wounded. Many are motorcylists or drivers shot after being suspected of being suicide bombers.

The White House has condemned the publication, saying it threatened the safety of coalition forces, while Pakistan’s ambassador to the United States said his country was committed to fighting insurgents. Husain Haqqani called the release “irresponsible”, saying it consisted of “unprocessed” reports from the field.

The “everybody” involved in this case seems to exclude whomever actually leaked the documents, presumably some element of the US military, which has to absorb the effect of Pakistan’s double game in the region in the form of body bags for enlisted men and shattered reputations for commanders. Like the Rolling Stone magazine interviews that led to the firing of General Stanley McChrystal, the America commander in Afghanistan, the WikiLeaks documents suggest a degree of disaffection of the American military with civilian leaders deeper than anything in living memory.

To exit the Afghan quagmire in a less than humiliating fashion, the United States requires Pakistani help to persuade the Taliban not to take immediate advantage of the American departure and evoke Vietnam-era scenes of helicopters on the American Embassy roof. The politicians in Washington know they have lost and have conceded to the Taliban a role in a post-American Afghanistan. They can only hope that once the country plunges into chaos, the public will have moved onto other themes, much as it did after the Bill Clinton administration put Kosovo into the hands of a gang of dubious Albanians in 1998.

India does not want America to call Pakistan to account. In the worst case, Pakistan might choose to support the Taliban and other terrorist organizations – including Kashmiri irredentists – openly rather than covertly. Indian Prime Minister Manmohan Singh, of whom the Economist on July 25 wrote “the strength of his coalition depends largely on how weak he is as Prime Minister”, does not want to confront Pakistan. If Pakistan’s support for anti-Indian terrorism became undeniable, India would have to act, and action is the last thing the Congress party-led coalition in New Delhi wants to consider.

China has no interest in destabilization in Pakistan; on the contrary, Beijing lives in fear that radical Islamists in Pakistan might infect its own restive Uyghurs. And Iran, which shares the fractious Balochis with Pakistan on their common border, lives in terror that a destabilized Pakistan would free the Balochis to make trouble.

Balochis comprise little over 2% of Iran’s population, but they have demonstrated their talent at bomb-making on several recent occasions, including the bombing this month of a Shi’ite mosque in southeastern Iran in which 28 people were killed and hundreds wounded. Iran has accused Pakistan of sponsoring Balochi terror attacks, but intelligence community sources in Washington insist that the Pakistanis would never be so reckless as to put bombs into Balochi hands.

With 170 million people – more than Russia – and a nuclear arsenal, Pakistan is too big to fail, that is, too big to fail without traumatic consequences for its neighbors. Whether it can be kept from failure is questionable. Half its people live on less than a dollar day, and half are illiterate. It is riven by religious differences – a seventh of Pakistanis are Shi’ite – as well as ethnic ones.

The government’s desultory campaign against pro-Taliban elements on the Afghan border comes down to Punjabis killing Pashtuns. To drive the Taliban in earnest out of the Pashto-speaking frontier in the Waziristan tribal areas would risk tearing the country apart. It is also the case that Pakistan wants the Taliban as a bulwark against India. But it is misleading to separate Islamabad’s foreign policy objectives from the requirements of domestic cohesion, since irredentist agitation against India is part of the glue that holds together a fractious and fanatical collection of tribes.

Pakistan’s claim on the support and forbearance of its neighbors, and its foreign sponsors, the United States and China, is its propensity to fail. American policy still wants to maintain a balance of power between India and Pakistan. That is an act of extreme folly. The longer the regional powers delay a reckoning with Pakistan, the more damaging the outcome. As I wrote in my year-end review last December 29:

There is one great parallel, but also one great difference, between the Balkans on the eve of World War I and the witch’s cauldron comprising Pakistan, Afghanistan, Iran and contiguous territory. The failure of the region’s most populous state – in that case the Ottoman Empire, in this case Pakistan – makes shambles out of the power balance, leaving the initiative in the hands of irredentist radicals who threaten to tug their sponsors among the great powers along behind them. But in 1914, both France and Germany thought it more advantageous to fight sooner rather than later. No matter how great the provocation, both India and China want to postpone any major conflict. The problem is that they may promote minor ones. [1]

Given the overwhelming evidence that Pakistan is taking American aid while helping the Taliban kill American soldiers, perhaps by providing its Afghani friends with shoulder-fired, heat-seeking missiles, the Obama administration has done the only thing it can: deny that the 92,000 documents contain any new information, while insisting that its November 2009 “review” of Afghan war strategy is an appropriate response to the problems detailed in the documents. The Obama administration has a story, and it is sticking to it. The White House stated after the documents were published on July 25:

Since 2009, the United States and Pakistan have deepened our important bilateral partnership. Counter-terrorism cooperation has led to significant blows against al-Qaeda’s leadership. The Pakistani military has gone on the offensive in Swat and South Waziristan, at great cost to the Pakistani military and people. The United States and Pakistan have also commenced a Strategic Dialogue, which has expanded cooperation on issues ranging from security to economic development … yet the Pakistani government – and Pakistan’s military and intelligence services – must continue their strategic shift against insurgent groups. The balance must shift decisively against al-Qaeda and its extremist allies. US support for Pakistan will continue to be focused on building Pakistani capacity to root out violent extremist groups, while supporting the aspirations of the Pakistani people.

That this is nonsense, Obama knows, along with the whole world. At some point the charade must come to an end, and it would be a novelty in world affairs if the reluctance of American commanders to feed the charade with American blood were the proximate cause of its termination. The United States would be better advised to stop the game now and seek an open alliance with India, the world’s largest democracy and America’s natural partner in Central Asia.