Horror does not come from savageness and brutality but the universal acquiescence in brutality. 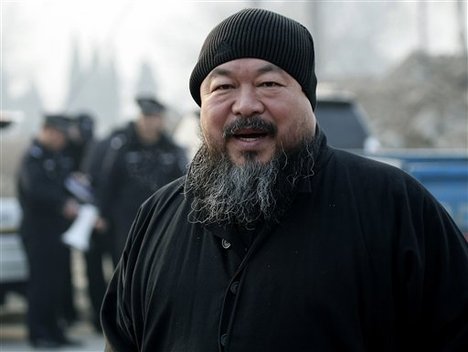 Since the beginning of China’s history, like most other nation states it has wrestled with the Mandate of Heaven and Mandates of Earth. Over three thousand years ago, the battle-hardened Zhou people of China overthrew the Shang. To justify their rebellion and to promote their legitimacy to govern, The Zhou Dynasty promoted the Mandate of Heaven, or the divine right to rule. The Mandate of Heaven proclaimed the Shang king had been so cruel and ruthless that the gods were displeased and therefore, sent ruin on him. The gods now divinely supported the Zhou Dynasty, who “treated the multitudes of the people well.”

During the Zhou Dynasty, which lasted almost one thousand years, the Chinese expanded the Mandate of Heaven to explain the dynastic cycle, known as the rise and fall of powerful dynasties. As long as dynasties provided good government, they ruled with the Mandate of Heaven. If the rulers became weak and corrupt and brutal, the Chinese believed Heaven would withdraw its favor. Floods, catastrophes, famine, and wars were signs that the dynasty had lost its favor with the gods. In the midst of such conflicts and chaos, the group that seized power and set up a new dynastic order proved that they had won the Mandate of Heaven and the backing of the gods.

These views, however, started to change when the Mongols, and later the Manchus, invaded and conquered parts of China, taking over the empire. Since they were nomadic herders from the steppe lands of Asia and considered to be barbarians and uncultured, it made Chinese intellectuals rethink the whole basis of political legitimacy. Huang Tsung-hsi was one of many Chinese philosophers that started to question the Mandate of Heaven. Like Western Europe and its enlightened thinkers, Huang Tsung-hsi viewed humankind in a state of nature where “each man looked to himself” until benevolent individuals created the empire.

But Huang Tsung-hsi went even further by describing how corrupt rulers often replace the “common good.” He believed rulers took the very marrow from people’s bones and takes daughters and sons to serve his debauchery. He also claimed that the common man and emperor are rooted in the same nature, and that the social order and governing principles originates with the people. In other words, rulers and dynastic orders exist not with a Mandate of Heaven, but with a Mandate from Earth, or from the people themselves, from their consent that reaches up to the ruler. Such thinking led to many peasant rebellions, the latest one being China’s Communist Revolution in the twentieth century.

Since Chinese communist revolutionaries followed in a tradition of ideas about popular sovereignty-Mandates of Earth-it is surprising, then, that in Hong Kong the China’s People’s Liberation Army has just warned an image of detained artist Ai Weiwei, briefly projected onto a Hong Kong barracks in response to his arrest, was illegal. Another artist, Cpak Ming, displayed dissident Ai Weiwei’s face with the caption: “Who’s Afraid of Ai Weiwei?” Several days earlier, hundreds of people protested Ai Weiwei’s imprisonment and demanded his release. Ai Weiwei was arrested in early April for unspecified “economic crimes.” Supporters of Ai Weiwei claim he was arrested for his criticism of China’s Communist Party leaders and some of its policies that point towards corruption.

Ai Weiwei is known for his artistic expressions with the 2008 Olympics and Beijing National Stadium. As a political activist, he has focused on exposing corruption in the building of Sichuan schools. In 2008, an earthquake devastated Sichuan killing almost 70,000 people and leaving 4 million homeless. Thousands of schoolrooms were inadequately engineered and collapsed killing many children. Parents in Sichuan have accused the government of not constructing schools to specific building codes and of diverting the monies to their own personal accounts. Meanwhile, China’s Communist Party has detained other political activists and religious leaders-monitoring their sermons.

China has recently established several military bases in Hong Kong. Since then, and similarly with Taiwan, tensions have mounted over the meanings of civil and political rights. Ai Weiwei is only one of many struggles between China’s Mandates of Earth and the Mandate of Heaven. China’s one party state has justified its legitimacy by claiming to reinforce real economic and social equality, unlike liberal capitalistic democracies that protect the wealthy ruling classes. If China truly provides genuine government of the people, as exercised through its Communist Party which reinforces economic and social equality, it should also encourage rule of the people through natural and civil rights.

Freeing Ai Weiwei would be an symbolic act in expanding and safeguarding democratic rights in China, as would freeing other political and religious reformers. A complete and independent investigation into the collapsed schools of Sichuan would also absolve any wrong doing. Mandates of Earth are usually hard to suppress, their ideals difficult to eliminate. Perhaps the dynastic cycle did contain an important kernel of truth after all, in that even when the Mandates of Earth finally ascends to power, if it fails to govern through the gods of honesty, compassion, and mercy, it too then has lost its legitimacy.