The powder keg we are sitting on is about to blow: The mainstream media and mental health professionals treating Trump Derangement Syndrome are all suffering from it 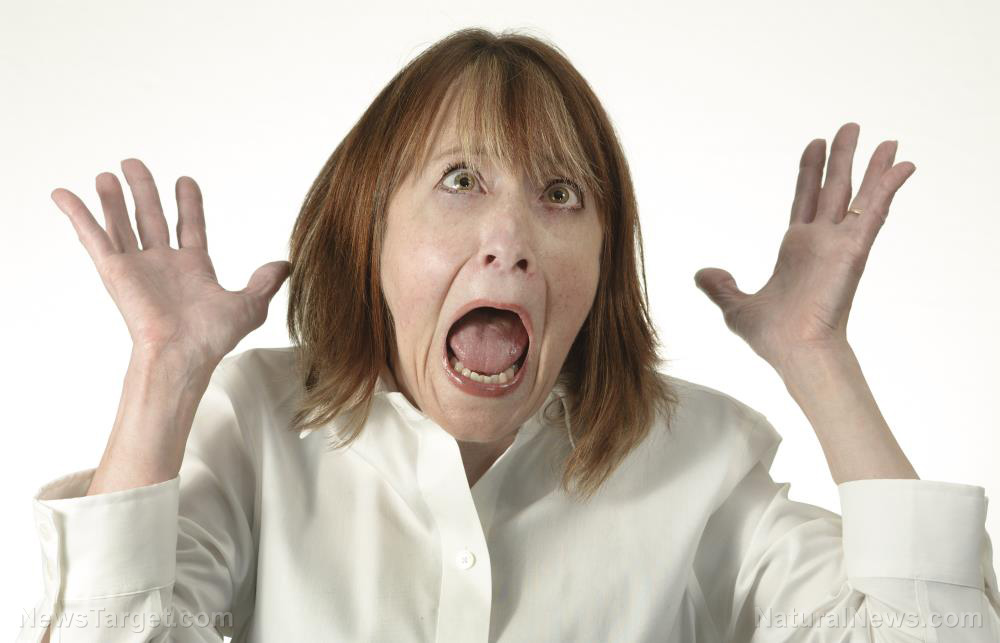 Nearly half of our nation is being driven crazy by the establishment media, suffering from their own form of Trump Derangement Syndrome (TDS), to which psychologists have dubbed “Trump Anxiety Disorder,” which in turn is creating more liberals to become inflicted with this mental disorder, resulting in the epidemic of violence against Trump supporters we reported about on Friday.

The problem is getting worse, not better, and there are a variety of reasons for this, which we will break down below. Even more important than the reasons that half our nation is quite literally going crazy, is that over the course of the next year-and-a-half, the violence will also get worse, and after the 2020 election, if President Trump wins re-election, the powder keg we are all sitting on, is going to blow.

To understand exactly how we got to the point today, where a simple red “Make America Great Again” hat, or even the expression, sends radical liberals into a mindless rage, we have to look at what caused this type of unreasonable fear over American pride.

From the day of Donald Trump’s announcement that he would be running for President, the media took two tracks, first they declared he didn’t stand a chance of winning, which they continued to assure their followers right up until the day he actually won the election.

The second track they took was to misrepresent, lie, selectively edit, and instill fear into liberals all across the nation with their misleading headlines, which almost always misrepresented what was said and in what context.

By this point, pretty much everyone has seen the GIF image above. Taken in January 2017, the moment of President Trump’s inauguration, this whackjob woman…..or man…. ok, we will say this person started screaming “NOOOOOOOOOOOOOOO” at the top of her/his lungs.

Many of us just shook our heads and moved along, not understanding that the number of people that would start acting like that would grow exponentially.

What many have not seen is the full clip, not only of this person screaming madly, but immediately after when she, or he, starting speaking into the camera, where we note the hand spasms, indicative of a real mental issue, namely a serious case of TDS or Trump Anxiety Disorder.

Since then the liberal media, many of whom also are suffering from TDS/TAD, have upped the ante, with a constant barrage of negative media coverage, an increase in “fake news,” which is all anti-Trump related, along with false allegations, running constantly 24 hours a day, seven days a week, 365 days a year.

They literally have some of these mentally ill people thinking the world is going to end any moment.

That is not an exaggeration as one of the psychologists discussing this issue uses that terminology, saying there is “collective anxiety.” Elisabeth LaMotte, who has a practice in Washington, the D.C. Counselling and Psychotherapy Center, stated “There is a fear of the world ending. It’s very disorienting and constantly unsettling.”

It is also not “opinion” nor a “conspiracy theory” that the media and social media is driving these people over the proverbial cliff into insanity, as those same psychologists also noted, in most cases, it was the consumption of “news” that were driving their patients mad.

For example, in the CBC.CA article about Trump Anxiety Disorder, where they make it clear it is the same ailment that conservatives refer to as Trump Derangement Syndrome, they explain what they were told by clinical psychologist Jennifer Panning, which is that “intense consumption of media coverage of this presidency is making some people’s Trump-related anxiety worse.”

Another example in that same article from 2018, Panning also indicated that her patients were also “spending excessive time on social media.”

Another person they cite is Connie Sherman, the manager of a dental practice in San Diego, who told them she was  “constantly checking her phone for the latest headlines in the wee hours.”

While mental health issues are not exclusive to a political affiliation, the article does note that “About 26 per cent of Republicans polled post-election considered “the political climate” to be a source of stress, compared to 72 per cent of Democrats who felt the same way.” They highlight that the “stress” felt by Republicans was in large part due to their relationship with liberal family and friends, or by being labeled a “racist” or “fascist,” for simply supporting the President.

In a Politico Magazine story about Trump Anxiety Disorder, the first two sentences show the part the media is playing in creating TDS and stress:

CNN before lovemaking is not his idea of a turn-on.

But she can hardly turn it off—engrossed as she is in the latest unnerving gyrations of Washington.

They also quote Panning and her description of symptoms caused by the disorder, being “increased worry, obsessive thought patterns, muscle tension and obsessive preoccupation with the news.”

In each article we have read regarding Trump Anxiety Disorder aka TDS, they all highlight the news, and social media excessive consumption, yet in not one of them have we seen those same mental health experts blame the media’s perpetual “outrage” reporting, or negative coverage versus balanced coverage.

There is a reason for that as well.