The Silicon Valley Heavyweights Who Want to Settle the Moon 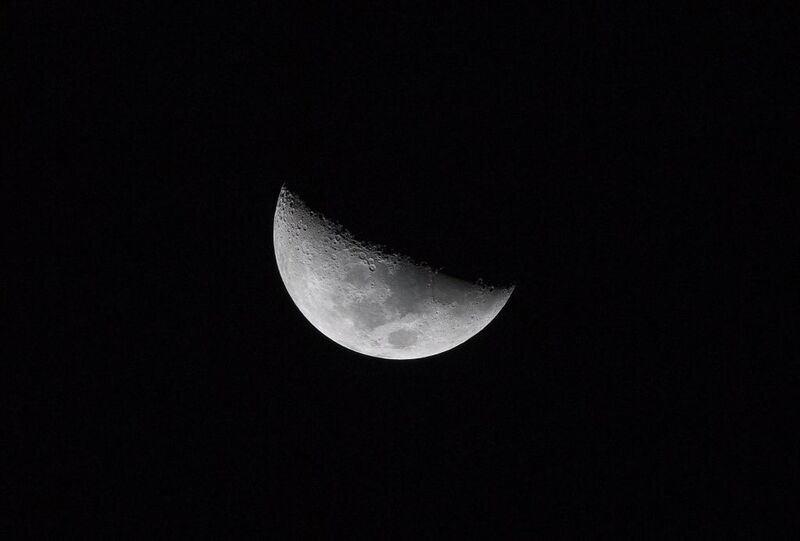 The moon is all the rage these days. China wants to send people there. So too does the United States and NASA. In fact, just about every country with a space program has some sort of lunar ambition that they hope will play out over the next few years.

Now, there’s a new entrant in this new space race, a nonprofit organization called the Open Lunar Foundation. Based in San Francisco, it’s a group made up of tech executives and engineers—many of them with former ties to NASA—who have serious ambitions to create a lunar settlement.

The driving ethos behind the foundation is to start a development that would not be beholden to a particular country or billionaire. Instead, as the group’s name suggests, Open Lunar wants to create technology for exploring and living on the moon as a type of collaborative effort.

“Our highest ambition is catalyzing and enabling a peaceful and cooperative lunar settlement,” said Chelsea Robinson, the chief of operations and staff for Open Lunar. “At this time when there are so many commercial and government actors advancing their efforts on the moon, we are excited to demonstrate a civic approach to participation.”

Open Lunar began a few years ago as something of a thought exercise. A group of friends in Silicon Valley were taking stock of the dramatic improvements in aerospace technology along with the falling cost of rocket launches, thanks to companies like Elon Musk’s Space Exploration Technologies Corp. and Peter Beck’s Rocket Lab. The friends came to the realization that it might soon be possible to create a small lunar settlement for about $2 billion to $3 billion. It’s a hefty sum, but a very achievable one in an era that abounds with wealthy space enthusiasts. And so, the friends decided to explore the idea of going to the moon in earnest.

“The picture that emerged out of those meetings was that you could create a permanent, economically self-sustaining presence on the moon that could be done for the single-digit billions,” said Steve Jurvetson, a venture capitalist, who provided the initial Open Lunar funding. “I got excited by that idea and the compelling nature of the people involved.”

Some of the most prominent members of the group include the astronaut Chris Hadfield, who has spent time on the International Space Station; Will Marshall and Robbie Schingler, co-founders of the satellite maker Planet Labs Inc.; Simon “Pete” Worden, the former director of NASA’s Ames Research Center; and Jurvetson, who has invested in both SpaceX and Planet Labs. Hadfield is listed as a director of Open Lunar in nonprofit filings, while the others are advisors to the foundation. These individuals, along with dozens of other people, have spent the last 18 months meeting in private to figure out what sort of early missions would make the most sense. Working ideas include smaller, cheaper missions to put various probes and robotic systems on the lunar surface rather than one, massive mission.

It was Robinson, a longtime nonprofit organizer, and Jessy Kate Schingler, a software engineer who most recently worked at a rocket startup, that turned the brainstorming into a formal organization. Schingler took on the role of director of policy and governance. Now, the foundation’s small team has been hiring full-time hardware and software engineers for Open Lunar and putting the rest of the executive structure in place.

Read more:  NASA Says You Can Visit the Space Station for $50 Million a Trip

“Lunar activity is exploding,” Jessy Kate Schingler said. “There are governments and companies intensely focused on going, but there is no third pillar representing the possibility of doing things differently. If we don’t roll up our sleeves and get involved, then by definition the future of human settlement in space will reflect the status quo of those currently in power. To see things done differently on the moon, we had to start experimenting now.”

The exact plans for the foundation are a work in progress. So far, the nonprofit has a war chest of about $5 million, but the goal is to raise more funds to pay for hardware that could go the moon and to work on policy programs, Robinson said. Farther down the line, Open Lunar will look to raise (much) more money to support its goal of developing a collaborative interplanetary settlement.

The foundation’s strategy will be to borrow from the playbook of open-source technology as it tries to accelerate the exploration and settlement of the moon. Open Lunar’s members have been discussing ways to have people from many countries come together to work on projects. And they have plans to share data and hardware designs from their missions, mirroring the development of open-source software like Linux or Android. On the most idealistic level, Open Lunar wants to try and set precedents that would encourage a more harmonious settlement of the moon rather than turning it into a destructive free-for-all among nation states.

“We want to take the best of what humanity has to offer and put our best foot forward,” Robinson says, “and take our first self-sufficient step off Earth.”

While this could all sound farfetched, there’s reason to think Open Lunar might actually be able to pull off something like an open-source moon habitat. Hadfield brings plenty of space-living expertise. Marshall is a world-class scientist who spent years working at NASA Ames on projects ranging from low-cost lunar landers to the LCROSS (Lunar CRater Observation and Sensing Satellite) mission that confirmed the presence of water on the moon. At Planet Labs, he and Schingler helped build the largest satellite constellation in history with hundreds of shoebox-sized devices that orbit the Earth and snap photos of its surface.

While mostly serving in advisory roles, they’ve managed to recruit engineers with rocket, robotics and software expertise to the Open Lunar group and are plugged into a network that includes some of Silicon Valley’s wealthiest people. Meanwhile, Jessy Kate Schingler has spent years working on space policy and has studied experimental forms of governance.

Given Silicon Valley’s behavior over the past few years, some people will no doubt view a project like Open Lunar with a skeptical eye. It’s nice to think that a group of well-intentioned private citizens might do a better job of settling a new world than governments, bureaucrats and military strategists. The reality, though, has been that Silicon Valley’s idealism often gets overrun by greed and ambition.

Still, many of the people behind Open Lunar have built up reputations as some of the most deliberate thinkers around space exploration. Some have long track records organizing youth space groups, advising the United Nations on space policy and campaigning against the weaponization of space. If anyone were to create an open-source lunar program, it might be the team behind this project. “I want to look up at the full moon and have it mirror back to me not just light like it has for millennia,” Robinson said, “but mirror a vision for how we want our future to operate here on Earth.”