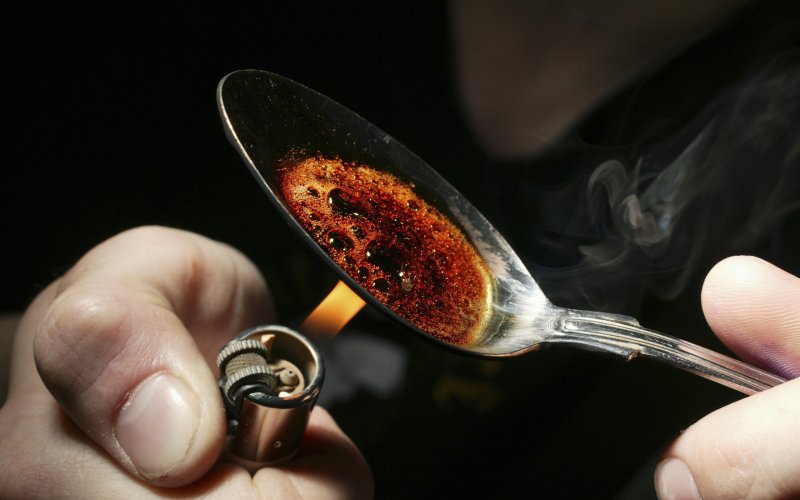 Philip Seymour Hoffman is widely acknowledged as one of the most talented actors of our time. His penetrating gaze and rich voice made you believe him; whatever it was he was selling, you bought it. So how could someone with such talent, expertise and intelligence overdose on heroin?

The press releases don’t tell us if he was alone when he died, or where he got his drugs from. Please pardon the uncomfortable details, but we must not forget, hide, or ignore them. Not if we ever wish to find a solution to this epidemic.

Hoffman had been suffering long before his death on February 1. He once described that, when he graduated from college, he was thrust into the fast life that is New York City. Drugs, alcohol, and basically what amounts to dangerous chemical compounds were all on the table—anything he could get his hands on.

Recognizing his downward spiral, the extraordinarily bright and insightful Hoffman began drug and alcohol rehabilitation at the age of 22. He was reportedly sober for 23 years….23 YEARS. We celebrate his dedication, commitment, and determination. But as any addict will tell you, every single day is a fight for sobriety. Arriving to your 20th year sober is certainly a reason to celebrate, but in the mind of an addict, it is no different than the first hour you stopped using.

Watch the Reel Numbers behind Hoffman’s celebrated career and untimely death, set to the trailer to his masterpiece, ‘Capote.’
And so after many years of sobriety, Hoffman checked himself into and completed a 10-day detox for drug abuse. But as we heard yesterday, it didn’t hold. We are given a horrific picture of the beloved actor, laying on his bathroom floor with a needle in his arm. Addiction is powerful, destructive and manipulating—and it killed him.

States all across the country are reporting skyrocketing rates of intoxication, overdoses and death.
The story is one that America knows well. The list of celebrities dead from heroin overdose through the years is long, and includes stars such as River Phoenix and John Belushi. Celebrities such as Angelina Jolie and Robert Downey, Jr., have openly shared their trials before turning their lives around.

But forget the big names for a moment and consider the typical fatal case of heroin overdose. It most commonly involves an experienced long-term user in their 30’s or older, who is using daily. They have likely experienced multiple non-fatal overdoses prior to the final one.

In many cases, what causes a daily, well-tolerated occurrence to suddenly result in an unexpected death is the mixture of substances, such as alcohol or sedatives. One exception is the occasional overdose that occurs following a period of abstinence like rehab or jail. In these cases, the user may not be able to handle their previous regular dose.

So why is it so easy to overdose? It seems to happen to very smart people all the time. It’s not like they haven’t heard the news.

First let’s start with what an “overdose” means. In the case of opium-like drugs (opioids) such as heroin, an overdose slows down brain signals that tell a person to keep breathing. Normally, when you fall asleep, your brainstem will automate the breathing process to continue moving your diaphragm up and down and move air through the lungs. Heroin blocks this automation so that when you fall asleep, you stop breathing.

Each year, as many as 22 percent of users will suffer a near miss, one where you fall asleep and almost don’t wake up. It is so common that, for every fatal overdose, there are an estimated 25 to 50 near misses.
Drugs, especially ones made on the street, are unpredictable. But that’s the case even for doctors using precise doses and well-defined drug purity. Opioids affect different body functions to varying degrees in each person. In addition to the “high,” there is pain relief, but also nausea, constipation, and slowed breathing. It gets more complicated as people develop a “tolerance” to a certain drug. This means it takes more drug to achieve the same high.

The problem is, each side effect has its own individual tolerance, meaning that although it may take more drug to get high, it might actually take a lower amount to slow breathing down. Therefore, even an experienced user can run into the problem of slowing his breathing before he’s able to achieve his normal high.

Interestingly, most overdose-related deaths occur in the presence of others, usually fellow users. Cessation of breathing generally has a relatively easy solution: place a breathing tube and provide mechanical ventilation until the drug wears off. That is to say, the majority of these deaths could be prevented if the victim’s “friend” sought medical assistance.

For this reason, Good Samaritan laws have been made that protect witnesses from drug charges when they call emergency services to report an overdose. Other laws have been put in place to allow for prescription of a take-home “antidote” called naloxone to known users.

A more vexing problem is discerning the suicide attempt from the accidental overdose. Victims have the same demographics and risk factors. About 14 percent of the US population experiences suicidal ideations at some point in their lives and 5 percent actually attempt it. What are the statistics in a heroin addict? Some studies indicate that drug users are six times as likely to attempt suicide at some point in their lifetime.

Intentional or not, the outcome is the same.

America has been struggling with this silent assassin for decades. Year after year, our children fall prey to the siren that is heroin. States all across the country are reporting skyrocketing rates of intoxication, overdoses and death.

The social impact is enormous. Lives are destroyed everywhere you look. There are over 38,000 drug overdose deaths per year in the United States, 75 percent of which are opioid-related. And we are not the only ones experiencing tragedy; the Europeans are suffering, as well. Opioid overdose accounts for about 6,500 deaths per year in the European Union, and was recently cited as the number one cause of preventable death among young men in Spain.

Why is this? The market is fast and complicated. Consider that the sale of prescribed drugs like oxycodone has increased by 300 percent over the past decade, paralleled by a 20 percent increase in abuse and a 124 percent increase in fatal overdoses. These figures include previous heroin users now abusing prescribed meds, in addition to older chronic pain patients, and the numbers actually exceed those for heroin and cocaine combined.

These trends piggyback on international drug market dynamics. The US heroin market began to change in the 1990’s as newer sources began to compete with the older, less pure forms from of the deadly drug. Changes in purity were thought to contribute to a rise in heroin overdoses and infections during that decade.

Currently in the world of heroin, prices vary across the board because of purity and risks incurred by distributors, but the average is approximately $400 per gram, at 25 percent purity. The unit of sale is usually a “stamp bag,” which goes for about $10 a bag.

Trafficking is complicated and the source material is subject to “modification.” Last week, in the western part of Pennsylvania, 22 people died due to overdose, in which stamp bags were mixed with a prescription narcotic known as fentanyl—a medication 10 to 100 times stronger than morphine. Drugs are becoming more powerful with prescription painkillers used to enhance effect and prolong a deleterious pleasure.

In the last month alone, Maryland, Vermont, New York, and even Florida have each reported an unprecedented number of deaths. It’s spreading like wildfire. The National Institute on Drug Abuse is still crunching the numbers, but from what we’ve seen, this could be the worst year yet.

Several weeks ago, the Supreme Court ruled unanimously that a heroin dealer cannot be held liable for the death of a customer. Really? Even if the dealer loads stamp bags with fentanyl and causes an overdose of 22 people in Pennsylvania?

Do the authorities bother looking for Hoffman’s dealer if he cannot be held liable?

National initiatives on drug abuse began with Richard Nixon, when he declared drug abuse “Public Enemy Number One.” The debate has since been politicized from every angle. You don’t hear the same loud voices for heroin legalization as with marijuana use, but there are ethical debates regarding individual liberties, prevention of violence, and improvement of health risks related to drug impurities and contaminated needle sharing. There are advocates for decriminalization and working to remove the stigma associated with addiction. The current prevailing view espoused by the Office of National Drug Control Policy is that drug addiction is a disease that can be successfully prevented and treated.

Meanwhile, we mourn the loss of a genius. A family is shaken by incredible sadness. If you look for the cause, you follow a mental trail that skips from personal tragedy, exploitation by an unknown drug dealer, missed opportunities by friends and loved ones, a relentless international trade network, and a global epidemic that claims countless lives. Although we no longer use the term “War,” in the grand scheme Hoffman is just another casualty.