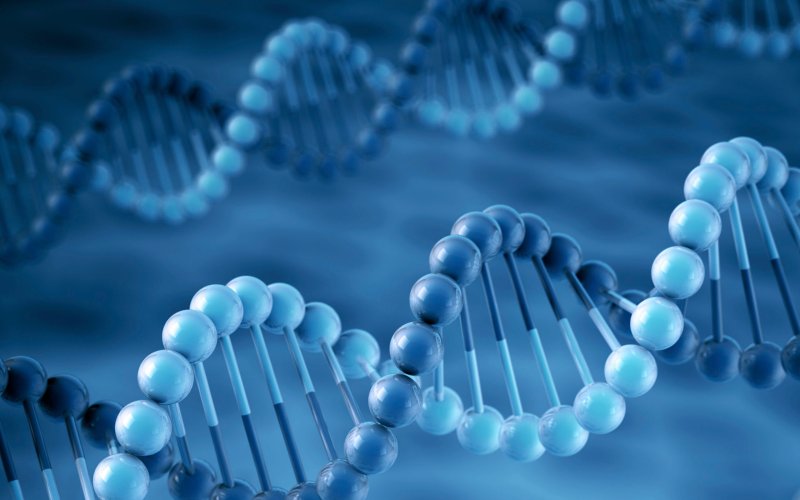 The FDA has banned 23andMe from selling its personal genetic testing kits. But consumers should know the truth about themselves—and so policymakers should set the company free.

One would think in an age where everyone is required to have health insurance that we’d want to get the best information about our health as possible. Then, one would think, we could take necessary precautions.

After all, information—especially genetic information—is one of the most important pieces of health care data, which is precisely why every time you join a doctor’s office they ask you for a proxy: “family health information” or when you answer if something “runs in the family.”

So why then is the Food and Drug Administration shutting down the genetic testing and health information company 23andMe? The decision has touched off a debate about what are the proper limits of FDA authority with over 10,000 signing a change.gov petition telling the FDA to back off while other scientists saying that the company overstates the science underlying their business. When the FDA blocked 23andMe from marketing their Personal Genomic Service (PGS) for health purposes, then later followed up by banning the company outright despite multiple meetings with 23andMe executives, the FDA was, it wrote, “concerned about the public health consequences of inaccurate results from the PGS device.” Its approach of banning 23andMe, however, did little to advance the cause of providing better genetic testing information.

It’s true that better health care information could lead to more affordable prices for health care, reducing the asymmetry of information that helps drive up health care cost, especially for ailments that are genetic in nature. And not knowing what could be in your genetic future is hazardous to your health. Doctors, according to a recent report, routinely rely on WebMD or even Wikipedia when their years in medical school fail them.

For as little as $99, the Google-backed 23andMe, Silicon Valley-based company, had offered direct-to-consumer genetic testing DNA analyses. When analyzed, these “spit kits” predicted estimated risks of common diseases and likely carrier status of mutations for genetic disorders and provides ancestry information. The FDA implausibly claimed that this medical information might lead to 23andMe consumers overreacting and making distracting health care decisions on their own. In particular, the FDA worried that women who test positive for versions of the so-called “breast cancer gene”—BRCA—might lead a patient “to undergo prophylactic surgery, chemoprevention, intensive screening, or other morbidity-inducing actions.”

But the evidence shows that 23andMe consumers don’t do anything that drastic—if they do anything at all. In fact, 58% of surveyed customers did absolutely nothing when presented with their genomic results. Of the remaining 42% who made health decisions based on their results, only 2% changed prescription drug regimens without consulting a doctor. The remainder changed its diet, exercised more, and took more vitamins. In other words, they did what their loved ones told them to do.

I know this all too well because I am one of the 42% who spit into the kit and hit the exercise mats.

My wife, Berna, bought 23andMe kits for both of us. The procedure was entirely noninvasive. We spit our saliva into our spit kits after forgoing food for an hour before. We mailed the kits and awaited our results. All in all, the process was entirely harmless—though it did delay our subsequent wine drinking.

When we went to the website several weeks later we were amazed at what we discovered.

Contrary to the horror stories presented in the FDA’s letter, I found the information presented to be fairly self-explanatory. Each health risk was presented honestly and intelligently with a confidential interval. A health risk with four stars meant that the research supporting the claim had met with scientific peer-reviewed studies; three stars meant that it was commonplace but that the scientific community had yet to independently confirm the statistical relationship between the disorder and the presence of the gene, and so on. I found a one star to be slightly more revealing than an uncle worrying about mysterious family ailments.

I learned I had an elevated risk of Type 2 diabetes and melanoma, something that I, an overweight ginger, probably could have expected. I have previously been diagnosed prediabetic by my doctor in 2009. I found that I was sensitive to warfarin and a very fast metabolizer of caffeine, perhaps explaining my lack of reaction to once drinking twenty cups of tea and feeling nothing. I have an elevated risk of heroin addiction, though having never shot up I don’t know if this comports with my experience. I even discovered interesting things about my family heritage. It turns out that the haplogroup on my father’s side comes from Africa—something I definitely wish I had known before I applied for college.

But there were two discoveries I did not take so well.

I had triple the normal rate of venous thromboembolism—a blood clot forming disorder—and an elevated risk for male breast cancer. Venous thromboembolism—a condition that leads to blood clots—can be prevented fairly easily. I don’t smoke and I don’t ever anticipate taking female birth control, for instance—two lifestyle choices that are known to aggravate the condition. Diet and exercise can also help prevent the clots from forming and so my wife has bought me a FitBit and pushed me to get my 10,000 steps in every day. I do what I can but I don’t do much. My wife, at least, enjoys watching me flail about on our elliptical.

The cancer risk does worry me.

My mother had breast cancer multiple times when I was a child. Though my mother beat cancer twice, it’s something that I think about often. The prospect that I might get it in the future is nothing short of terrifying. It was fear of cancer and a douse of hypochondria that brought me to 23andMe in the first place. My mother’s illness had a serious effect on me, forcing me to actively consider whether or not someone who had cancer in their family tree should even have children. I even screened dates in high school and college to see if they had cancer in the family. Were I a carrier of the breast cancer genes it’s doubtful I would have children of my own. Fortunately I don’t carry them but my other family members might not be so lucky.

I shared my 23andMe results with my family and bought kits for family members, including my sister and my father, who teaches high school science. My sister was interested in what we discovered and we wondered if she, too, might be a carrier for one of the breast cancer genes. I bought her a kit but, thanks to the FDA, we won’t find out from 23andMe. Fortunately 23andMe has decided to press on with its science, uncovering new genetic associations with asthma, as well they should.

Indeed, there’s a fair case to be made that the FDA’s decision is not just outside of the scope of their mandate, but down right unconstitutional.

For one, The FDA essentially argues that they now have the right to interfere with what potential, future actions consumers might undergo when, in fact, the agency was designed to deal all with real harms that might be inflicted on them from bad medicine or food. If the FDA’s complaint is that bad information is being presented, they ought to try to correct that information where possible, not stop its publication entirely. Otherwise, what venture capitalist will invest in driving down the cost of the not yet affordable full personal genome analysis?

Moreover, Americans’ First Amendment right of association and to information—even when imperfect—trumps the FDA’s jurisdiction, especially when their doctors don’t have all the answers. Under this understanding 23andMe is simply a publisher of an analysis that you freely consulted to receive. Viewed this way, 23andMe’s analysis is no more harmful than that of an astrologist or a palm reader. Indeed it is a good deal less harmful if fewer than half of the people receiving the information act on it.

It’s hard to see why the FDA—the food and drug administration—should be so worried about something that is, at this stage, essentially a conversation starter with your doctor or family.

To be sure, there are some real ethical obligations facing 23andMe.

For example, Patrick Chung, a 23andMe board member, has boasted that the firm may get involved with single-payer countries, raising serious privacy objections. “Let’s say you genotype everyone in Canada or the United Kingdom or Abu Dhabi,” he told Fast Company, “and the government is able to identify those segments of the population that are most at risk for heart disease or breast cancer or Parkinson’s. You can target them with preventative messages, make sure they’re examined more frequently, and in the end live healthier lives, and the government will save massive expenses because they halted someone who’s pre-diabetic from getting diabetes. 23andMe has been in discussion with a bunch of such societies.”

There are also serious questions about what role genetic testing can or should play. After all, if Obamacare can force you to buy insurance will it also force you to disclose to your insurer you have had a genetic test? A cynic might see the FDA attack on 23andMe as another instance of government policy taking over yet more of our bodies but to be cynical isn’t necessarily to be wrong.

If the government knows what genetic conditions you have, they might well limit what choices you can make in life. Such a future sounds like something out of Gattaca, that 1997 science-fiction film where genetic inferiors were treated as second-class citizens, especially in a world where the NSA, the IRS, and a host of other government agencies collect, process, and store vast terabytes of personal data. Why not add genetic information as well? The idea of opposition researchers obtaining DNA from an unwitting target isn’t so far fetched. What’s to stop paparazzi from collecting hair samples from Ronan Farrow and finding out if he really was sired by Frank Sinatra? Genetic testing through 23andMe recently revealed that a fertility clinic receptionist was the father of at least one woman in a semen-switching plan by the receptionist, so it’s not too crazy to make that leap.

Still, despite these serious concerns, 23andMe and other genetic testing companies can offer real ownership of patients’ health care information even if the information isn’t as reliable as it has been advertised.

The FDA wrongly says that consumers will take drastic measures if they learn about their own health—something that defies common sense and medical experience. If you should get an HIV test to know your status, surely you should get a genetic test to see if you are susceptible to other ailments. Having genetic testing knowledge will make citizens proceed more prudently in the future. At issue is whether government paternalism or consumer freedom should govern access to genetic information.