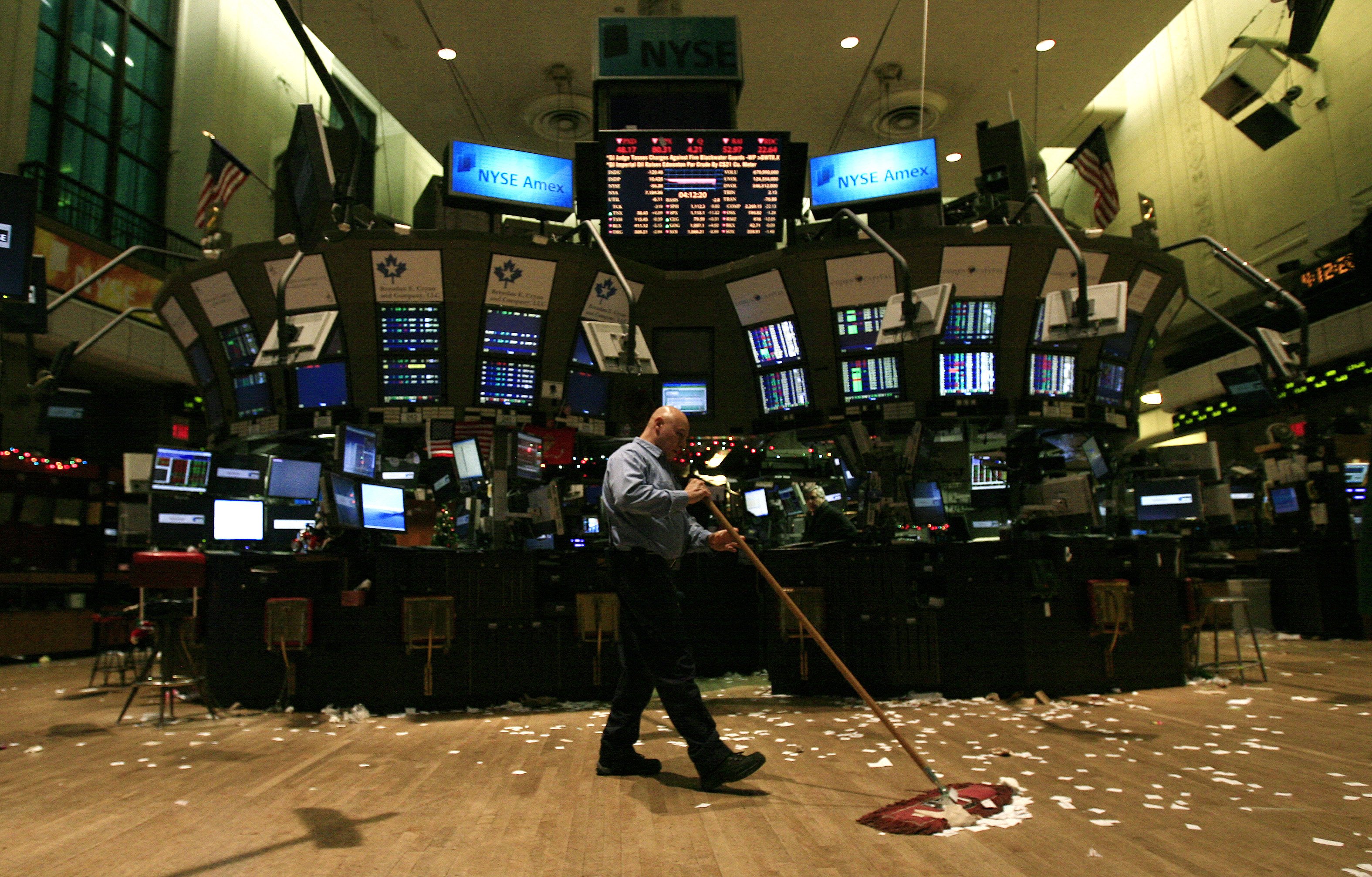 At the beginning of 2010, readers were presented with what was (at the time) merely a theory. The Big Bank crime syndicate was engaged in the serial manipulation of credit default swaps, in order to (among other things) destroy the economies of entire nations. It’s one of the reasons these “financial weapons of mass destruction” ( Warren Buffett ) were illegal in the U.S. for roughly 100 years, banned under anti-gambling statutes.

The theory was supported by a combination of compelling empirical evidence and logical deduction (i.e. “circumstantial evidence”) – roughly the same evidentiary basis by which we obtain most of our criminal convictions in our courts of law. The difference here is that with our governments having abandoned the Rule of Law, there was no one ready or willing to adjudicate over such evidence.

Before moving to the new evidence of an open conspiracy by the Big Banks to manipulate this market, it is necessary to review this older evidence. The chronology begins after the Crash of ’08, and takes the form of a comparison of two nations and their economies: Greece and the U.S.

Both nations were clearly hopelessly insolvent. Both nations’ insolvency came largely through absurd levels of military over-spending. The main difference is that one nation – the U.S. – was even more insolvent than the other. It simply pretended (and still pretends) to be “solvent” through enormous and absurdly transparent accounting fraud, which would be instantly prosecuted if attempted by any U.S. corporation (other than a Big Bank ).

Yet despite these two similar economies, there was nothing similar about their interest rates. The benchmark U.S. interest rate was permanently frozen at an ultra-fraudulent 0%. This meant paying no interest on loans to the U.S. government, despite the enormous risk of lending money to history’s most-indebted nation.

Similarly, the (supposed) “market rate” on various maturities of U.S. bonds remained at near-zero, despite the gargantuan risk. Such a disconnect between risk and interest rates has never before been seen in our debt markets. Then there was Greece’s interest rates , an even larger, logical disconnect.

Two nations with very similar economies, and very similar problems: bankruptcy. Yet the interest rates on their debt were not only different, but radically opposite. However, this impossible dichotomy is not the only unequivocal evidence of interest rate fraud. We also have the incredibly steep rise, in Greek interest rates, during a time when there was virtually no change in the government’s fiscal policy. All that changed was the size of the interest payments on Greece’s debts as a result of this interest rate manipulation.

Readers were presented with a detailed explanation of the tag-team of fraud which made possible such extreme manipulation of interest rates. It begins with manipulation of the credit default swap “market,” a crooked book-making operation where the “bookies” taking the bets not only place most of the bets themselves, they also adjudicate on any disputes on the settlement of bets. More pure fraud .

First the Big Banks manipulate credit default swap prices higher in the debt market of the intended victim. Then the tag-team operation moves to the corporate media, another tentacle of the crime syndicate which readers know as the One Bank . The media mouthpieces gasp-and-moan in mock anguish about the supposed “increased risk” in the debt market of the victim, while nothing has changed except the manipulative betting of the Big Bank crime syndicate.

The last tag-team partner in this chain of economic terrorism is the so-called “credit rating agencies.” These agencies claim to assess the manipulative betting in the CDS market, and the Chicken Little hysteria from the mainstream media, and then downgrade the debt of the victim’s market on the basis of a supposed “change in risk” – when, still, nothing has changed in the victim’s economy.

The downgrade on the victim’s debt results in automatic, upward revisions in the interest which the victim must pay on all of its debt. With essentially no regulation of the crime-saturated “derivatives market,” the crime syndicate could (and did) repeat this cycle of manipulation as often as was necessary to officially bankrupt Greece.

Just to pay the interest on its debt (to the same, Big Bank crime syndicate), the U.S. government would have to begin by shutting down the entire government, and disbanding the U.S. military, in order to bring spending down to zero. Then it would have to double everyone’s taxes in order to come up with the full payments to the parasitic bankers. And then, in a few weeks, the U.S. economy would totally collapse – just as Greece’s economy did in 2011.

This is no longer a “conspiracy theory,” however, it is now a(nother) conspiracy fact, as shown by this headline .

First some translation. Whenever the (pretend) justice officials, (pretend) regulators, and media propaganda machine announce a “probe” into more, Big Bank serial crime, what it actually means is that another Big Bank mega-conspiracy can no longer be covered up.

First we see the (reluctant) “probe.” Then we see the even more-reluctant token prosecution. Then we see the Big Banks handed their token “punishment”: microscopic fines (in relation to the size of the crimes). And then the same Big Banks repeat the same crimes, and are caught again and again .

We have more unequivocal evidence showing that this “probe” is a cover-up, and not a bona fide investigation. It starts with another headline .

This headline is from a September 2014 report that not only were litigants pursuing a major lawsuit against the Big Banks for conspiring to manipulate the credit default swaps market, but that a U.S. judge had ruled that their evidence was credible enough to proceed to trial.

It should have taken the pretend-regulators and pretend-justice officials about 15 minutes after this ruling to announce their own investigation, announcing that they would begin to investigate a market which they claim to be continually policing. Instead, it took 15 months for this “probe” to begin. That spells cover-up, which is in itself another conspiracy.

We know this is another Big Bank criminal conspiracy to cover up the original conspiracy, based upon the obvious attempt to deceive by the corporate media, as it attempts to downplay the latest, now-exposed, Big Bank conspiracy [from the previous, original headline ]:

In the LIBOR scandal, regulators accused banks of making submissions on borrowing rates that benefited their trading positions. [emphasis mine]

Wrong! The Big Banks were convicted of conspiring to manipulate the LIBOR rate. Even more pathetically, for the first year of the LIBOR pretend-investigation, the pretend-justice officials tried to pass off the absurdity that only one Big Bank (Barclays) had conspired to rig the LIBOR rate.

This lie was pedaled, even though the LIBOR rate is set (in secret) collectively by roughly a dozen Big Banks. It would be akin to accusing a single voter of rigging an election. It was only when the pretend-justice officials finally accepted that they couldn’t sell a “one-bank conspiracy” that a few more Big Banks were added to this token prosecution.

In our system, the general principle is “guilty until proven innocent.” However, the logic behind this has ceased to apply to the Big Bank crime syndicate. Where there is smoke (i.e. some new “probe”), not only do we always see a subsequent fire, we get glimpses, even through the cover-up, of a massive wildfire.

Then we have the confessions of the criminals. A full one-quarter of Wall Street’s and London’s senior banking executives freely admit that crime is a way of life in their industry — organized crime. Even in our justice system (or what remains of it), once armed with confessions, the principle of “innocent until proven guilty” no longer applies – the guilt is conceded.

The Big Banks manipulate credit default swaps to perpetrate economic terrorism against other nations in the world, where they literally destroy the economies of those victim-nations. It used to be a theory, but now the proof is finally emerging. You heard it here first.

Jeff Nielson is co-founder and managing partner of Bullion Bulls Canada; a website which provides precious metals commentary, economic analysis, and mining information to readers/investors. Jeff originally came to the precious metals sector as an investor around the middle of last decade, but soon decided this was where he wanted to make the focus of his career. His website is www.bullionbullscanada.com.