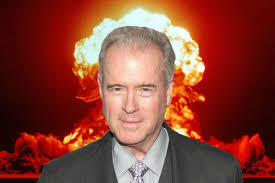 Forget Russia, Robert Mercer Plans To Swing Another Election For Trump in 2020

If you don’t know who right-wing computer scientist and hedge-fund billionaire Robert Mercer is, you should. Not only was he more instrumental in swinging the 2016 election for Donald Trump than Russia’s Internet Research Agency and Russian trolls, but he plans to do the same in 2020.

Meanwhile, it’s important to know whenever elections end, there’s no more choice. Fear equals control, speech is suppressed, the economy is looted and the people become servants to their rulers.

Mercer was the top donor to Trump’s presidential campaign, donating $13.5 million and helping lay the groundwork for what is now called the Trump Revolution.

Along with starting Cambridge Analytica, a data analytics company that specialized in election management strategies, he used microtargeting. Microtargeting is not only a hyper-marketing target strategy which capitalizes on the consumer’s demographic, psychographic, geographic and behavioral data but predicts their buying behavior and shapes their interests. Mercer though used it as thought reform, feeding favorable information to voters about Trump and biased and wrong about Hillary Clinton.

Mercer and Cambridge Analytica collected psychological profiles as well, based on thousands of pieces of data for some 220 million American voters. It entailed habits, opinions, preferences, interests, even associations. When those same voters browsed the Internet or other social media networks such as Twitter and Instagram, they were immediately met with a tailored-made campaign that merchandized “Trump.”

Mercer’s conscious and intelligent manipulation of browsers’ organized habits and opinions were enough to swing the election. It was also enough to remain hidden, to be another unseen mechanism of society that constitutes an invisible and plutocratic ruler.

An invisible and plutocratic ruler to the extent that though Cambridge Analytica closed in 2018, it metastasized into Emerdata which specializes in data mining and behavioral research. He was moreover behind Trump going along with the GOP’s massive tax cuts scheme for corporations – a whopping 14 percent. (Recall Trump had promised to raise taxes on corporations and billionaires.) Thanks to his “Make America Number 1” Super PAC, Mercer and his daughters also continue to bank millions of dollars through Trump’s deregulation policies towards Wall Street. It included offshore tax avoidance accounts which were mentioned in the Paradise Papers.

By funding right-wing websites, Mercer is already at work swinging the 2020 election for Trump. Along with dominating Google’s search results on certain subjects, communication experts have found millions of links to right-wing sites “strangling” the mainstream media. This is done by tracking users from sites like Fox News, Newsmax and Breitbart to document people’s web histories and target them with pro-Trump messages via their Facebook accounts. Again, Mercer’s dark money is behind this operation. He’s planning to cash-in even more with Trump and his administration by manipulating the gold standard and pushing for Brexit.

One other thing Mercer is helping to fund are the fake Facebook ads for Trump’s 2020 campaign. Hired models that show a bearded hipster-type leaning on the counter of a coffee shop target Millennials saying: “President Trump is doing a great job – I could not ask for a better president of the United States of America.” In a different fake Facebook ad, the model says: “President Trump and his family and the administration are in our prayers for strength and wisdom from God almighty. God bless.” This one is tailored made for Evangelicals. It’s clear the ads and videos were not only made to manipulate voters, but the disclaimers are small and disguised.

Mercer also funded voter suppression rulings that overturned the Voting Rights Acts of 1965, specifically discrimination. This goes for laws in which state and local governments did not have to comply with the federal government before making any changes to their voting procedures or laws. Many states have therefore implemented new voting restrictions such as photo-ID laws or English-only ballots. With other voting cutbacks and restrictions on registering and absentee voting, experts estimate millions of more Americans will be dissuaded or prevented from voting in 2020. The same goes for those in prison or with criminal convictions.

Something else Mercer is doing is experimenting with the hidden algorithms that shape online content in significantly different ways from more widely recognized concerns about editorial censorship on television and in print. On TV and in print, there is a person in charge of the decision process. The algorithms behind Facebook and Google however are opaque, easily manipulated or filtered and hacked. When this occurs on a massive platform like Google or Facebook, the cultural and democratic impact on millions of voters has enormous consequences. This goes for collective thinking and voting. In fact, some warn it’s the most powerful form of mind control.

In the meantime, Amy Goodman of “Democracy Now!” found electronic voting machines couldn’t be verified, and an external party could access the machines to switch votes. This led to several states in certain precincts to decertify their electronic voting machines. The same was true of voters who voted for a candidate but then a different candidate was selected because of “alignment problems.” Since Mercer knows just how vulnerable old software is, he’s funding a group to develop new methods of attack. This makes it all the more suspicious as to why he and Trump are fighting to defeat universal hand-counted paper ballots in the 2020 election.

Regarding Trump’s 2016 victory, Mercer and Cambridge Analytica agreed they were thrilled their revolutionary approach to data-driven communication played such an integral part in President-elect Trump’s extraordinary win. They also bragged everything they did left digital traces-ad targeting that’s aligned “to the personality of an individual.” Known as psychometrics, Mercer’s “dark money” funded “dark posts” on Facebook and the Internet. This then turned into a “dark election.” Whether Mercer has the psychometrics to either manipulate or hack into the mind of enough voters for another “dark election” remains to be seen.

One thing that doesn’t remain to be seen is what Abhijit Naskar said in “The Constitution of The United Peoples of Earth:” “More and more people are consuming news and other content from the Internet than any other medium. And that’s were the problem begins. Th production and circulation of physical newspaper is highly expense and so is maintaining a TV channel…, and the public only acts as the consumer. But the same is not true when it comes to the transmission of news or any other content via the Internet. Anybody can transmit news via the Internet quite instantly as well as consume it.”

And then he says, “…since there is no active fact-checking algorithm involved in this transmission, there is no way of telling whether the news you are receiving is real or fake, if you are not receiving it from a trusted tradition source.” Since Mercer found this out by swinging the 2016 election for Trump, rest assured he plans to do the same and much more in 2020.