HOW I HAVE RE-DEFINED VICTORY 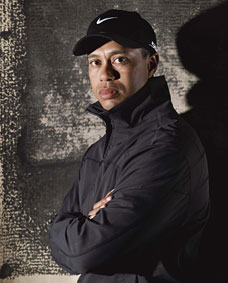 Tiger Woods of the United States has been called the most recognizable athlete in the world. Because of his tremendous talent and athleticism, it was not long after Woods joined the Professional Golfers Association Tour, PGA, 15 years ago that he became synonymous with success.

But 2010 was different for the 34-year-old American.  It marked a year of very public losses for Woods, both personal and professional. After admitting to a string of extra-marital affairs, he lost his wife, his sterling reputation, millions of dollars in endorsements, and his world number-one golf ranking.  He also failed to win a single tournament, not even a charity event, for the first time since beginning his professional career in 1996. Yet, surprisingly, Woods said the past year was the best thing that could have happened to him.

He became a global superstar athlete for all the right reasons – he earned it by winning over and over again. The first “golf superhero.”

He had everything: A beautiful, loving wife, and two adorable children. Enormous wealth. A thriving charitable foundation. The golden touch for any product he endorsed. And with 14 major championship titles, he was closing-in on the all-time record of 18 majors held by American great, Jack Nicklaus.

Woods had made golf sexy.

That first public apology came in February to a small group of invited family, friends and media. “I was unfaithful. I had affairs. I cheated,” he said.

For Woods, 2010 started pretty much the way 2009 ended: with the world’s top-ranked golfer embroiled in scandal on an indefinite, self-imposed hiatus from the PGA Tour, trying to save his marriage after making a shocking confession of infidelity.

Before the turmoil began in late November of 2009, Woods was preparing for the 2010 season after missing half of 2009 recovering from reconstructive knee surgery. Three months later in February, with his Swedish-born wife Elin glaringly absent, Woods tried to answer the obvious, unspoken question, “What were you thinking?”

“I knew my actions were wrong, but I convinced myself that normal rules didn’t apply. I never thought about who I was hurting. Instead, I thought only about myself. I thought I could get away with whatever I wanted to. I felt I was entitled. I was wrong. It’s now up to me to make amends.  It’s up to me to start living a life of integrity,” he said.

Tiger revealed he had spent 45 days addressing his personal issues through in-patient treatment and therapy, which he said he would continue. Woods also spoke of how he had deviated from his core values in recent years and had recently renewed  the Buddhist faith he shares with his mother.

It was the middle of the night following the U.S. Thanksgiving holiday when Woods drove his Cadillac Escalade sport utility vehicle ((SUV)) into a fire hydrant and crashed into his neighbor’s tree.  The accident occurred only meters from the front door of his $2.4 million Florida home.

Almost immediately, news reports began linking Woods’ bizarre mishap with allegations that he had cheated on his wife. Eventually, more than 12 women would publicly claim to have had a sexual relationship with Elin Woods’ husband.

Tiger rejoined the PGA Tour for The Masters in early April. He said in addition to taking stock of his personal life away from golf, he also re-evaluated his conduct when playing.  Woods always played with intensity and verve,  but he also was notorious for his unsportsmanlike outbursts of anger and use of profanity when he was frustrated.  Ahead of The Masters, the world number-one golfer pledged to be more respectful of the game, with one caveat.

“I’m actually going to try and obviously not get as hot when I play. But then again, when I’m not as hot, I’m not going to be not as exuberant either. I can’t play one without the other,” he said.

Woods finished The Masters tied for fourth place. He had some other bright moments, but as the season wore on, Tiger’s personal problems along with making the adjustment to a new golf swing had taken their toll. By season’s end, he was a non-factor in the PGA’s lucrative FedEx Cup playoffs, which started in late August only a few days after Woods divorce became final.

Woods said his actions led to the break-up of his marriage. “You don’t ever go into a marriage looking to get divorced. You know, that’s the thing, that’s why it’s sad,” he said.

No longer a Superman in golf cleats, Woods dropped to second in the world rankings November first, and ended the year losing a playoff for second place at his own charity event, the Chevron World Challenge.

But wait. With all of this misery, how could Tiger Woods say this is the best thing that could have happened to him?

Perhaps it is because he spent 2010 working on more than just a new golf swing.

Despite his disastrous year, he began to reach out to his fans through the media and the Internet in December.

In  Newsweek magazine, he wrote a first person narrative entitled, “How I’ve Redefined Victory.”  Woods described how he appreciated things he had once overlooked, such as making dinner for his children.  He said he was learning that “some victories can mean smiles, not trophies, and that life’s most ordinary events can bring joy.”

In an interview on ESPN radio, he said he was “infinitely” happier than at the same time in 2009. “I can’t get better as a player if I don’t get better as a person.  I’m so much better now because of this past year.  I was just very difficult on a lot of people, especially those closest to me, but it’s been the best thing for me,” he said.

The serendipity that 2010 brought to his life was not lost on Eldrick “Tiger” Woods, who perhaps came to appreciate that it was a holiday of thanksgiving that set him on a path of introspection, loss and pain that he ultimately saw as a gift – and an opportunity to find a new definition of what it means to be a champion.