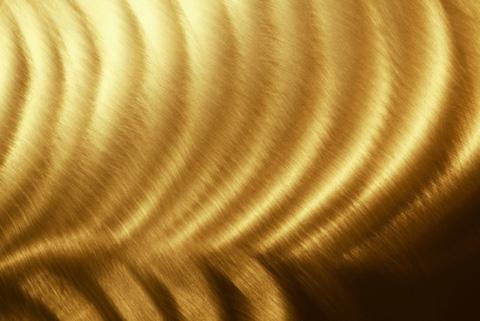 To keep heat used against cancers from damaging surrounding, healthy tissue, microscopic particles of gold – nanoparticles – can be injected into the body to make sure the heat gets to the right place.

Scientists are putting a modern spin on a cancer treatment that goes back to antiquity. It’s heat therapy, which is getting a new look with the help of microscopic particles of gold.

Cancer treatments usually involve powerful drugs or radiation. But heating up the tumor — hyperthermia — can also be part of the therapy.

yperthermia is an old technology … first recorded in papyrus by the Egyptians, I believe. It’s the first known treatment of breast cancer,” says Jeffrey Rosen of the Baylor College of Medicine in Texas.

“The idea is that as you raise temperature, you induce a heat shock in cells, and that this makes them more susceptible to the damage caused by chemotherapy and radiation.”

Rosen has just published new research on how some new materials can help harness the potential of hyperthermia for cancer treatment.

One problem in using heat against cancers is that it can damage surrounding, healthy tissue. Rosen says that microscopic particles of gold — nanoparticles — can be injected into the body to make sure the heat gets to the right place.

“The gold nanoparticles have this ability to be activated by near-infrared lasers so that they can be heated quite rapidly,” he says.

And Rosen adds that the nanoparticles travel to where they’re needed, to the cancer, so the healthy tissue doesn’t get heated up.

“You’ll have those gold nanoparticles actually accumulating in the leaky blood vessels of the tumor, and then the laser can be used locally just to heat that area.”

In this study, the tumor was heated to 42 degrees for 20 minutes. The actual target was breast cancer stem cells, the cells from which cancers grow and metastasize, and which tend to resist drug and radiation treatments.

Rosen says tests using laboratory mice suggest the heat treatments may be an effective way of augmenting radiation or chemotherapy for patients with some kinds of tumors, including breast cancer. But he cautions that it should not be considered a “magic bullet” in the fight against cancer.

“We think this is a proof of principle, that this type of approach will work, but it’s a bit like the gene therapy field was maybe 15 years ago — we’re going to have to still target to the right cells and the right place.”