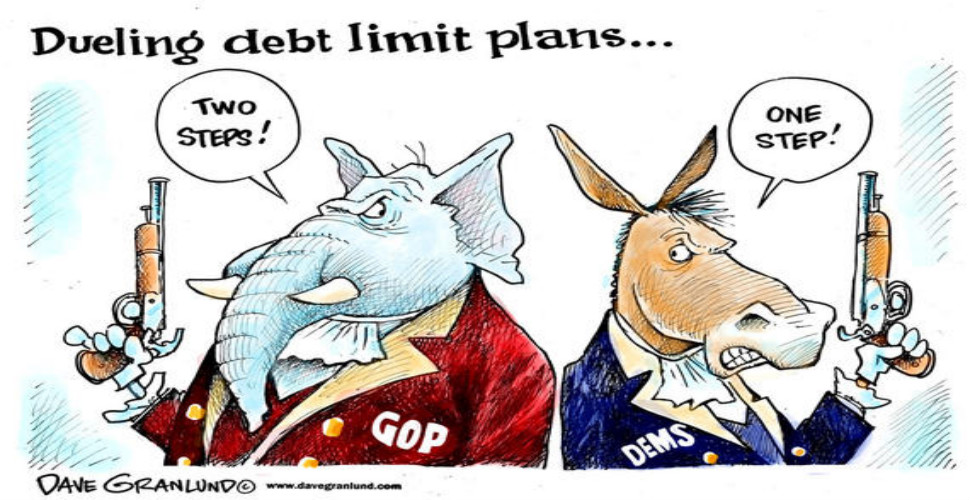 THE  dueling speeches delivered to the nation Monday night by President Obama and House Speaker John Boehner had nothing to do with resolving the political impasse over raising the federal debt ceiling and everything to do with posturing and point-scoring.

For Mr. Obama, who has now been cut out of congressional negotiations, the prime-time address was a direct appeal to the American people to weigh in on the side of a “balanced approach” (spending cuts and increased revenue) and “compromise” in deficit reduction. He placed the blame for the impasse squarely on the shoulders of Republican House members, who will vote to prevent default only if their “deep, spending-cuts-only” plan is implemented, he said.

Then the president asked supporters to register their dismay with Congress.

“The American people may have voted for divided government, but they didn’t vote for a dysfunctional government,” Obama said. “So I’m asking you all to make your voice heard. If you want a balanced approach to reducing the deficit, let your member of Congress know.”

Soon, the websites of congressional leaders and other member and committee sites went down. The cause has yet to be determined, but if the flood of Web traffic is found to favor mostly Obama, then score one for the presidential bully pulpit.

The only problem is that Obama’s vision of a grand bargain – one that would marry big spending cuts with higher tax revenues – is no longer on the table. Even if there were a chance it could come back, there’s hardly time to get it through Congress before Aug. 2, when the US government risks beginning to go into default without new borrowing authority.

Both plans currently in the works on Capitol Hill – one by the Republican Speaker Boehner and the other by the Democratic Senate majority leader, Harry Reid – contain only spending cuts.

For Boehner, who scheduled his own national address after Obama’s was announced, the air time was an opportunity to blame the president for the impasse.

“I want you to know I made a sincere effort to work with the president to identify a path forward that would implement the principles of ‘cut, cap, and balance’ in a manner that could secure bipartisan support and be signed into law. I gave it my all,” Boehner said. He was referring to House-passed legislation that would cut and cap federal spending, and require passage of a balanced budget amendment to the US Constitution before the debt ceiling could be raised.