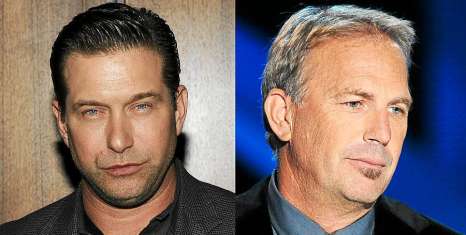 Actor Stephen Baldwin says Kevin Costner owe him $ 3,400,000 for the purification Costner sold to BP in connection with the accident in Mexico. Wednesday before Christmas, he filed a lawsuit against the actor colleague.

Fact: Oil disaster in the Gulf of Mexico

20. April was one of British Petroleum (BP) oil rigs in the Gulf of Mexico hit by an explosion. Eleven workers were killed when the rig sank, and two days later, the leaks from the oil well at 1,500 meters deep.

Oil slick is heading towards the south coast of the United States, is 200 kilometers long and now covers an area of 9,000 square kilometers.

Attempts to reduce the leak has so far been unsuccessful, but the BP started Thursday sinking of a funnel which hopefully will channel oil leak at sea level. It will then be pumped aboard tankers.

Continuing emissions in the current pace, will be the largest spill in U.S. history in eight weeks.

Baldwin and his friend, Spyridon Contogouris, owned respectively 10 and 28 percent of the shares in Ocean Therapies Solutions (OTS), in which Costner also was a shareholder, the news agency Reuters .

The company put on the technology and equipment for separating water and oil, which was very relevant in connection with the explosion aboard a BP-leased rig on Macondo field in the Gulf of Mexico 20 April this year.

11. June Baldwin and sold their shareholdings to Contogouris Costner for about two million dollars, since BP apparently did not seem interested in the technology and products OTS could sell, writes Reuters.

But it believes the plaintiffs was only trickery. 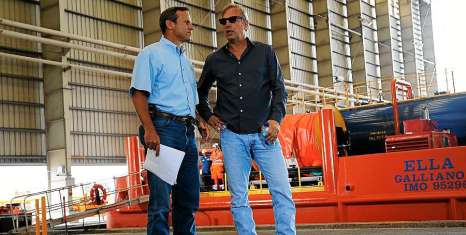 BP chief Doug Suttles (left) and actor Kevin Costner showed up this summer centrifuge vessels that were used in the attempt to purify sea water for oil after the accident in Mexico.

The day after the two sold their shares, bought the BP of water purification equipment Costner for over 52 million dollars.