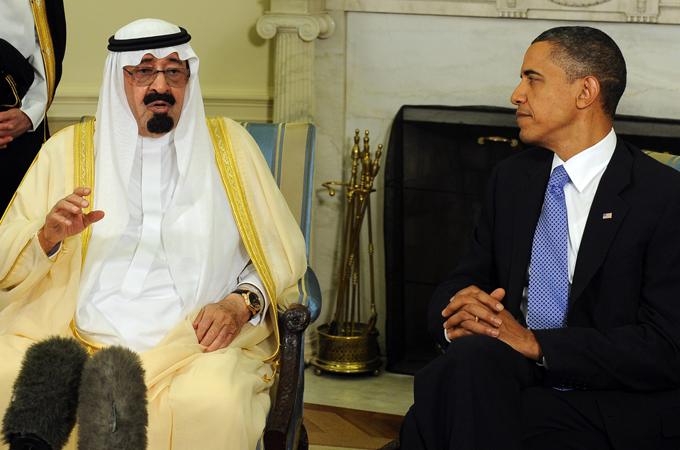 A paradox stands out in the Middle East. The lands of the three monotheistic faiths – essentially messages of peace – remain awash in conflict. The Holy Grail is peace in this region. The search for it has included Arabs – despite orientalist stereotypes to the contrary.
Thomas Hardy’s apt observation that ‘war makes good history, peace poor reading’ sums up the shaky career of peace and peace-making in the modern Middle East. What must be done in order for peace to make good history and war poor reading? On the Arab side, the ‘peace-troika’ hints at possible answers. In order of historical peace-making with Israel, Egypt, Jordan and the Kingdom of Saudi Arabia are the three Arab states that more or less today lead the search for the Holy Grail.

As the Arab answer to the potentiality of peace, the three states provoke questions about their motivations and roles in peace-making. All three engage with peace from different stand-points, experiences and practises of diplomacy. Understanding their similarities and differences could help elicit some answers.

Egypt and Jordan remain the only sovereign signatories of peace treaties with Israel. Respectively, the 1978 Camp David Accords and the Wadi-Araba or Israel-Jordan Peace Treaty sixteen years later opened up a new chapter in the normalisation of relations with the state of Israel. Sadat’s diplomatic feat remains the recovery of the Sinai through negotiation. Cairo is given varying grades ranging from full to partial control over the Sinai.

The October or Yom Kippur of 1973 to an extent weakened Realist impulses for strategic preponderance and long wars. Use of force has its limits. For the Arab states which helped with the financial war effort, war perhaps proved burdensome. Sophisticated weaponry comes with hefty price tags.  For the warring populous and/or impoverished Arab states, Egypt, Syria, and, to a lesser extent, Jordan defeat of Israel through combined military action proved unattainable.

The myth of Israel’s invincibility was largely dinted in the 1973 war. Indeed, Israel still maintains a military competitive edge in terms of hardware (mostly supplied and funded by the US). Failure to win wars has forced or induced a search for winning the peace. Peace-making has become a means of survival for all even if it is at the expense of Palestinians, the weakest link in the diplomatic chain.

Positive externalities of the ‘peace industry’

Peace-making is also a quasi-industry. There is no free lunch! Egypt and Jordan reap aid benefits, technical and military assistance, and financial favours that included the writing off of billions of debt. Egypt’s succession might be one factor with the young Gamal Mubarak machinating to inherit his father’s presidency on the grounds of liberal and peace-making credentials. He might have had a separate meeting with Netanyahu in the September Washington peace negotiations.

Whether Tel Aviv prefers a pro-Israeli weak hereditary ruler to a hostile strongman who delivers stability next door may be a long shot in helping understand Hosni Mubarak’s co-operation in the building of a metal barrier on the border with Gaza, condoning of the war against Gaza, his action against the tunnels, and his regime’s management of the Rafah crossings.

Egypt’s normalisation with Israel is yet to percolate to the populace. The voices of out-and-out normalisation do exist and are boisterous. Egypt’s civil society and public mentality has not accepted Israel or made peace with it. But this factor remains the only plus for the Palestinian cause in Egypt.

The preferences and actions of state and society in Egypt clash when it comes to the Palestinian cause. The state fully supports Abbas and the peace process, showing preference for Fatah over Hamas. Society and public opinion remains solid rock behind the Palestinians.

Jordan has gone furthest in normalisation with Israel. A tiny impoverished state, still considered by many Arabs and Palestinians as a colonial artifice, and with no visible significance enjoys a quasi privileged status in US and EU corridors of power. Only the Egyptian and Saudi rulers boast of such access to the White House. Jordan shares this special status with Israel too. That link in the chain of Arab-American relations and diplomacy explains the invisible significance of Jordan.

Jordan shares with Israel a border that now has been made secure. Like Israel, Jordan’s demography has a sizable Palestinian element that may be viewed with suspicion and even regarded as a potential threat to stability and state viability. Jordan has not forgotten the 1970 Black September clashes with armed Palestinians who threatened King Hussein’s monarchy.

Both Israelis and Jordanians share Americanised military and intelligence establishments where a great deal of exchange of information, operational know-how, logistical support, and hardware. Iraq, Afghanistan, and the Occupied Territories are all joint fields of action for trilateral co-operation.

The private sector continues to look for and make business opportunities in Israel. These factors have gradually ‘routinised’ the Israel-Jordan rapprochement in spite of thorny issues regarding water and pollution in the Dead Sea as well as strong Islamist and trade unions’ opposition against normalisation.
Saudi Arabia: The Arab Peace Initiative

The then Saudi Crown Prince — and incumbent monarch – is accredited with the initiative accepted by the Arab League in its 14th Ordinary Session held in Beirut. The initiative derives from a new Arab realism against war and embrace of peace as a strategic option.

The crux of the initiative is commitment to resolutions 242, 339 and 194 on the basis of Palestinian statehood on land occupied in 1967. The Golan Heights and Southern Lebanon also get a mention as occupied territories that must be relinquished by Israel. Reference to the Arab Peace Initiative in peace talks post-2002 is rare.

The Saudi motivation must be understood in a specific context. The post 9/11 world has not been favourable to the Saudi Kingdom. The US has been overtly hawkish coupled with the Arab world standing on moving sands. A great deal had to be done diplomatically to pander to the neo-cons who were searching for targets to exact vengeance on. Unlike Egypt and Jordan, the Saudis did not need the US for aid.

Rather, it was security that mattered most: protection against ‘terror’. For that the kingdom could only rely on its strategic ties with the US. Today on its diplomacy radar the two sources of threat, actual or imagined, are terrorism and Iran. The US is indispensable for dealing with both. But for the US, Israel is equally indispensable in its strategic design of the Middle East.

However, Saudi Arabia is a powerful state – financially, diplomatically, and religiously – and is potentially the Arab powerhouse. Saudi Arabia is a rentier state – rents oil as the main source of income. This is different from the rent-seeking activities of Egypt and Jordan: They rent their ‘mediatory’ role in the peace process. Saudi Arabia’s renting role gives it more of an equal exchange with the US: oil in return for petro-dollars and arms. Egypt and Jordan do not possess of that equal exchange: They rent their ‘mediatory’ role in return for US aid and favour.

Saudi Arabia has not signed a treaty with Israel and this remains significant leverage in future peace-making involving Arabs and Israel. Jerusalem is not an issue the Kingdom would take lightly to. The Saudis will not go to Israel. Israel will have to go to ‘Mohammed’. It would be a diplomatic scoop for Israel to neutralise the Saudis as they did Egypt and Jordan.

The best metaphor for this was the handshake of Prince Turki Al-Faisal with Israeli Deputy Foreign Minister Danny Ayalon in a security forum in Munich in February 2010. Ayalon had to leave his seat in the panel and go down to the hall for the handshake. Prince Turki was not going to make the first move.

The Saudis might have secured consensual endorsement of their peace initiative. The significance lies in throwing a ‘beast’ into the fray of peace-making in the full knowledge that the Israelis would not agree to it or implement it. The Saudi peace initiative is more of a test, calling Israel’s bluff so to speak. For decades the Arabs were the ones considered hostile to peace. The Saudis changed that in 2002.

Egypt and Jordan have been impressive by virtue of speaking with Israel. The Saudis are impressive for not talking or signing a treaty with Israel. Israel must pass the Saudi ‘test’ as a key rite of passage into diplomatic normalisation with the Kingdom.

Concern with Iran may eventually nullify the Saudi ‘test’, potentially in favour of a one-off security ‘package deal’ with Israel through stealth diplomacy, however this remains to be seen. In spite of media hype, the so-called ‘Iranian threat’ is not imminent. So the Saudis have plenty of time to weigh up all diplomatic options at their disposal.

A Just Peace not just Peace

It will take more than an Arab ‘peace-troika’ to advance the cause of Arab-Israeli reconciliation for future generations. Arab peace-making is largely intended for the benefit of the Arab states involved in the negotiations not the Palestinian cause.

The search just for peace is not enough. The search must be for just peace.

Only justice will tip the balance towards sustainable reconciliation. The reference for that must be the international legal basis provision, which is crystal clear in UN resolutions (UN Security Council Resolutions 242 and 338) concerning territory occupied in 1967. Thus far US-led peace ‘road-maps’ seem to be geared towards diluting legitimate Palestinian rights to secure and sovereign statehood under UN legal provisions. The Arab ‘peace-troika’ must resist this. So must the World and peace-seeking Israelis and Arabs.