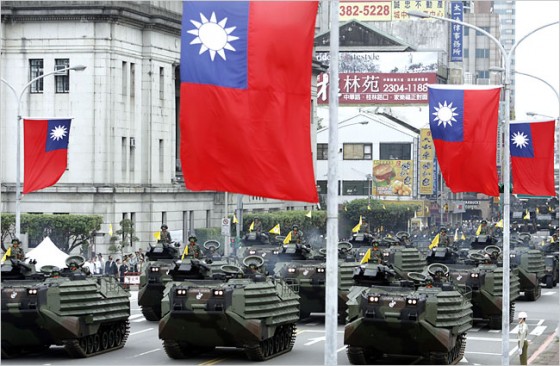 America is a country where politics serve economics. Actually, Americans don’t have any broad political goals. Their behavior, to phrase it colloquially, appears to be very realist; of course, it’s because they do things serving their own interest that it seems realist.

To a businessperson, profit is prestige. Without profit you have no prestige, and it is like this for America, their prestige comes from their profit. To a businessperson, even if it’s just a small trickle of profit it’s important. Even if this tiny profit will cause them to offend others, generally they will still take it, and restore relations with the offended parties later, if they think it’s worth it. America is also like this.

For Americans, it serves great national interest to make things go poorly between [Mainland] China and Taiwan. In the context of modern global security, possibly no one would dare to be fighting battles and ultimately having a [military] showdown, so struggles take the bloodless forms of attempting to change culture, politics, economics, etc. [Struggles also manifest through] trying to keep one’s own country stable while trying to make the opposing nation unstable. In chaos there is profit, and perhaps in chaos the opposition can be undermined. This is just like the way the US treated the Soviet Union.

America is selling arms to Taiwan again. As far as we’re concerned, this is old, stinking news; what is America’s meaning [in doing this]?

The US is stirring up new conflict between the two shores [i.e., China and Taiwan]. [America is saying,] you can talk, but talking is only talking, you can’t get too close and definitely can’t unify, because that wouldn’t be in the best interests of us Americans.

It’s been sixty years, Taiwan is a painful spot that is difficult for our nation to hide; for many reasons, the Taiwan problem has never been resolved. Now we’ve come to the best time ever for cross-strait relations, but the Americans’ behavior has once cast a dark shadow [over the progress], can we just allow this to take its course?

In truth, I personally feel that America can sell as many weapons to Taiwan as it wants, all that it takes is for us to be willing and those weapons are ours. Didn’t America once give us [China] many weapons via Chiang Kai-Shek? The Nationalist Party has never been able to accomplish anything great, to say nothing of the Democratic Progressive Party. Those in current Taiwanese political circles aren’t qualified politicians , they’re just mediocre people who’ve taken on politics as a profession, what can they ever change? Look at that Chen Shuibian. Are you independent? Isn’t that your political ideology? Not only is [Taiwan] not independent, he’s eaten up an enormous sum of the Taiwanese people’s money!

So, Taiwan has no talented administrators; Americans selling them weapons is useless. America cannot stop the unification of Taiwan. When the unification happens will be decided by China. We don’t fear war, [but] we hope to use great sincerity to peacefully unify Taiwan. After all, the ‘brothers’ on either side [of the strait] are not strangers. If Taiwan is incited by the Americans, and ignores the feelings of the people and goes against common sense, then the weapons will have to come out.

Taiwan, don’t naively think that you can divide up the family, this family you cannot separate from!

America, don’t naively think that you can split up China, you don’t have the skill. Moreover, don’t think that the Chinese people won’t bear a grudge, the Chinese are the best in the world at bearing grudges. If you don’t fear retribution, keep making trouble, if you don’t, it would be so boring!