Will the Saints Come Marching In ? 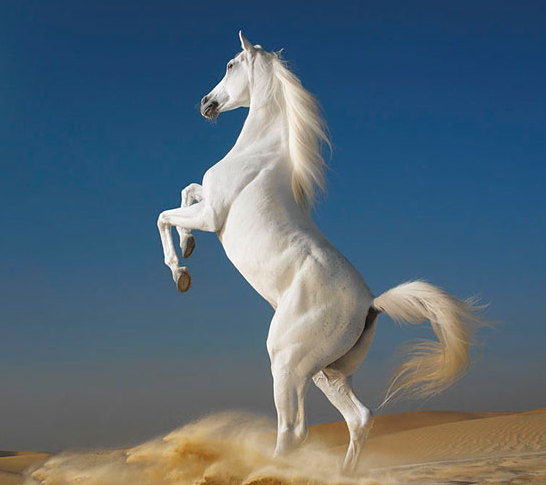 The Church of Jesus Christ of Latter-day Saints, also known as the Mormon church, is in a tizzy now that not one but two of its members, or “saints”, seem about to vie for the Republican nomination for president of the United States. Mitt Romney and Jon Huntsman both seem determined to try to test the limits of discrimination.

For most of the 181 years since Joseph Smith published the Book of Mormon, such prominent Mormon candidacies for the highest office would have been unthinkable. Mainstream Protestants, and especially evangelicals, have traditionally considered Mormons a devious cult, not quite Christian and just plain wacky.

This distrust keeps peeking through. Mike Huckabee, a Southern Baptist and another Republican candidate, insinuated just before the Iowa caucus in January 2008 that Mormons believe that Jesus and Satan are brothers (Mr Huckabee promptly went on to defeat Mr Romney in that caucus). Last year, when an evangelical Republican in Nevada, Sharron Angle, challenged Harry Reid, a Mormon and a Democrat who is the majority leader of the Senate, her pastor called Mormonism “kooky” and alleged that “Harry Reid’s allegiance is to Salt Lake City,” that Mormons “do illegal things” and that “there’s weirdness going on there”

Protestants once murmured similar things about the Catholic John Kennedy, with Rome taking the place of Salt Lake City, but have since got over their distrust of papistry. They seem to find Mormonism harder to accept. How plausible is it that a semi-literate man in upstate New York should find golden plates written in “reformed Egyptian” and translate them, while burying his face in his hat, to reveal the tale of a family who left Israel in 600BC and ended up in North America? Then again, to be fair, how plausible are the miracles and resurrection of Jesus?

Mormonism makes many other claims that seem ambitious in the modern world. In 1890 the church banned the polygamy for which it used to be notorious. But Mormons continue to believe, for example, in direct and ongoing divine revelation, which is why the church’s president, currently Thomas Monson, is considered a prophet and his quorum of church leaders are deemed apostles.

Yet in practical matters Mormonism seems well adapted to the modern world, for Mormons are, by many measures, disproportionately successful. Harvard Business School, it is often said, is dominated by the “three Ms” (McKinsey, the military and Mormons). Wall Street and the Central Intelligence Agency love to hire Mormons. And Mormons now make up almost 3% of Congress, even though they are less than 2% of the population.

For this, Mormons may have their austere religious practice to thank. The church has no paid professional clergy, so all boys from an early age learn to become church leaders. Young men (and some women) also tend to go abroad as missionaries, usually after rigorous study of a foreign language (Mr Romney learned French, Mr Huntsman Mandarin Chinese in Taiwan).

Many missionaries become paragons of self-discipline, with their trademark white shirts and ties and a teetotalling, non-smoking, caffeine-free and abstinent Mormon work ethic. That experience—and perhaps the need to cope with repeated ridicule—seems to make many Mormons not only cosmopolitan but also resilient. Many become good salesmen and communicators, or indeed politicians.

Through their faith, Mormons tend to inherit many quintessentially conservative values, above all an attachment to the family. Mormons believe that families remain linked together eternally after death, and that one can even include ancestors into this union by retroactively baptising the dead. This explains why the church maintains probably the world’s most sophisticated genealogical database.

But other aspects of Mormonism have liberal, even socialist, elements. Joseph Smith had an egalitarian vision. The church demands, for example, that Mormons pay 10% of their income as a “tithe” to the church, although argument remains about whether this should be applied to income net of government taxes.

The mixture has created overwhelmingly conservative politics in heavily Mormon states such as Utah and Idaho, but with a pragmatic twist, says  Mr. Kirk Jowers, a Mormon and the director of the Hinckley Institute of Politics at the University of Utah. It may not be a coincidence that Mr Romney in Massachusetts and Mr Huntsman in Utah made the two biggest state-level efforts to reform health care (Mr Romney’s reform even resembling Barack Obama’s to a striking degree).

The debate on immigration is another example. The author of a harsh state law against illegal immigrants in Arizona, passed last year, is a Mormon. But as Utah began debating its own version, with anti-immigrant rhetoric taking on racist tinges, the state’s overwhelmingly Mormon policy elite formed a “Utah compact”, an agreement to keep the debate civil and empathetic toward all. The church gave this compact a nod of approval, citing the sanctity of families, including those of illegal immigrants, who might be split up by deportations. It is also aware that more than half of Mormons are outside the United States, many in Latin America.

If both the more pious Mr Romney and the more secular Mr Huntsman, who have been personal rivals in the past, run in the primaries, their Mormonism will become an issue again. A few Mormons may even stoke it themselves. For instance, Glenn Beck, an excitable television host, likes to allude to something called The White Horse prophecy, according to which America’s constitution, deemed to be divinely inspired, will one day “hang like a thread” until Mormon leaders rescue it.

But mainstream America may learn to get over its old and unpleasant distrust. The core of Mormon philosophy, says Michael Otterson, the church’s spokesman, is “the idea of self-improvement”. What, after all, could be more American? The church is now waging a large advertising campaign to show the diversity of Mormons in America. “We’re not prepared to be defined by others” any longer, insists Mr Otterson.