Candidate Obama swept the electoral college on a political platform of change, however President Obama has continued numerous policies implemented by his predecessor 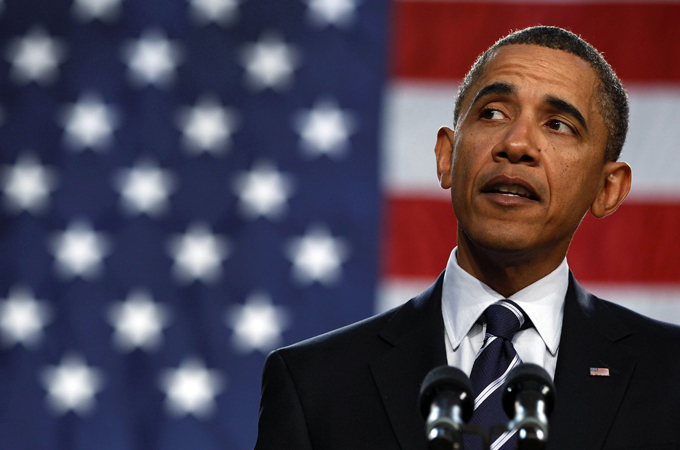 Possibly the most dramatic mea culpa in Presidential history, Bill Clinton, newly appointed as UN Special Envoy for Haiti, admitted to the Senate Foreign Relations Committee that the US policy of compelling poor developing countries to buy US agricultural products at subsidised prices, which destroyed local agricultural sectors, was a disaster.

“I did that. I have to live every day with the consequences of the lost capacity to produce a rice crop in Haiti to feed those people, because of what I did. Nobody else.”

For where Clinton helped lay the groundwork for the demilitarisation of America’s political and economic systems through his uncritical embrace of neoliberalism (which, despite the “liberal” in the label, inevitably leads to neoconservatism and war), Obama, with the greatest of care and deliberation, is heading to the ‘dark side’ that the millions of Americans who voted for him did so with the justified expectation that he’d avoid.

The warning signs that President Obama’s trajectory would depart from his campaign rhetoric were clear from the beginning. Like when the newly minted President chose for his senior economic advisor’s men like Lawrence Summer, Clinton’s one time Treasury Secretary, who were responsible for the policies that besides destroying Haiti’s rice crop, also enabled a million and one corporate get rich schemes such as the sub-prime mortgage bonanza whose collapse has left the country in its current disastrous condition.

Another clue was surely the fact that Obama’s defence spending from the start outstripped his Republican predecessor’s, even though his campaign reached national prominence precisely with his pledge to end the war in Iraq, which should logically have meant a major reduction in the military budget.

To be sure, we can understand how hard it would have been for a Democratic president significantly to reduce defence spending in the midst of war. But Obama was elected to do hard things, and given the urgency of the escalating recession and the souring of public opinion regarding both Iraq and Afghanistan, he could have taken control of the national discourse surrounding the ‘Really Existing War on Terror’ and begun a process of steering the country back towards some measure of fiscal and moral sanity.

Indeed, can one consider spending upwards of a trillion dollars a year on defence – enough money to cure most of America’s economic and social woes, not to mention much of the world as well – anything less than insane?

The false choice of human rights vs. national security

Instead, President Obama has essentially continued almost every major Bush security policy, either by default or design. State secrets, targeted killings, renditions and indefinite detention, opposing the right of habeas corpus, preventing victims of admitted torture from seeking judicial redress, expanding the Afghan war while moving – however gingerly – to secure a long-term presence in Iraq; all these must surely be making Bush, and especially Cheney, happy and wealthier men.

As Michael Hayden, Bush’s last CIA Director, put it in a recent interview, “Obama has been as aggressive as Bush” in defending executive prerogatives and powers that have enabled and sustained the ‘war on terror.’

But just how close to the dark side Obama has moved became evident in the last couple of weeks, specifically from two angles.

In the first, a federal appeals court overturned a lower court decision allowing former CIA prisoners to sue companies that participated in their rendition and torture in overseas prisons. In deciding that the plaintiffs could not sue despite an ample public (rather than classified) record supporting their claims, Judge Raymond C. Fisher supported the Obama Administration’s contention that, in his words, sometimes there is a “painful conflict between human rights and national security” in which the former must be sacrificed to preserve the latter.

But this is an utterly ludicrous concept, since a core reason for so much of the frustration, nihilistic anger, radicalisation and ultimately violence involved in Islamist terrorism and insurgencies lies precisely in the long term, structural denial of the most basic human rights by governments in the region, the lion’s share of whom continue to be supported by the United States despite their behaviour on the grounds of ‘national security’.

What neither Attorney General Eric Holder nor the President seems to understand is that there can be no contradiction between human rights and national security, since the absence of human rights can never but lead to a lack of security.

What’s more, the very idea in the globalised era that one country’s “national” security (especially that of the global “hyper-power,” the United States) can be defined apart from and in contrast to the security of other nations is so ridiculous. One wonders how supposedly intelligent people, like former law school professors – turned presidents, can in good faith imagine and declare it.

A complete rebuttal of US war justifications

Even more troubling was the release last week of two reports from bi and non-partisan study groups regarding the best possible course forward in Afghanistan. The reports, “A New Way Forward: Rethinking US Strategy in Afghanistan,” published by Washington-based Afghan Study Group, and the “Strategic Survey 2010,” released by the London-based International Institute for Strategic Studies, both conclude that “a Taliban takeover is unlikely even if Washington reduces its military commitment” in Afghanistan, in good measure because the conditions that allowed the first Taliban takeover in the 1990s no longer exist and can’t easily be repeated. As important, “there [are] no significant Al Qaeda presence in Afghanistan today, and the risk of a new ‘safe haven’ there under more ‘friendly’ Taliban rule is overstated.”

Indeed, the unusually blunt critique of the US-British Afghan policy by the normally staid IISS was made precisely because the think tank believes that the current path, far from addressing the threat of Islamist terrorism, is in fact a serious threat to the security interests of the two countries.

Equally important, according to one of the Institute’s directors and former senior British Intelligence official Nigel Inkster, al-Qa’eda is unlikely to be able to create a major threat in other countries currently high on the US military-intelligence radar, such as Yemen and Somalia.

These reports are important not merely due to their conclusions, which vitiate the entire rationale for continuing the war in Afghanistan. More so is the fact that if these two documents, based largely on non-classified information and sources, have reached the same fundamental conclusion, then there is no way that the US and allied military and intelligence communities haven’t reached the same determination.

President Obama is by all accounts a decent man who unlike his predecessor does not enjoy leading his country in war time. His political future and legacy depend in large part on successfully navigating the United States away from a war economy and towards rebuilding it along more innovative and sustainable lines. And yet he is deepening the War in Afghanistan even though he and his senior advisor’s and commanders must know full well that doing so is a disastrous folly.

Even though they must understand that it will likely produce precisely the outcome the policies were supposed to avoid – greater hatred and violence against the United States in the heart of Central Asia, and from there, across the Muslim world.

Perhaps some day President Obama will write a memoir or testify before the Senate Foreign Relations Committee and echo, or even evoke, President Clinton’s sad testimonial to the arrogance of power and wilful ignorance seems all too often to produce in the leaders entrusted with it.

If so, it will be good fodder for historians and commentators, but of little comfort to the untold masses of peoples – Afghans, Pakistanis, Americans, and who knows whom else – who will continue to be devastated by the President’s inability to look the truth square in the face and do what he was elected to do: lead his country, away from greed, cynicism, and despair, and towards hope and renewal.