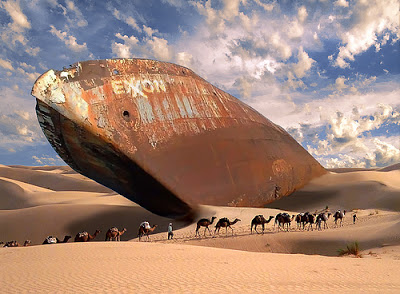 Did the “Islamic State” spring full-blown into spontaneous being as the fanatical scourge of the Middle East, or was it helped along by state sponsors?

In ISIS IS US, a panel of cutting-edge researchers tell what ISIS really is, and what has been going on behind the scenes in Iraq, Syria and Libya. The conclusion: ISIS is Iran-Contra all over again.

In the 1980’s, the Reagan administration wanted to topple the government of Nicaragua, using right-wing mercenaries, death squads, based in Honduras. But Congress passed a law prohibiting that. So they went around it, by financing the Contras via Iran.

Three decades later, Washington hawks wanted to topple the elected governments of Libya and Syria, and crush the popular resistance in Iraq. Once again, they planned to do this using death squads. So they got around Congress by having Qatar and the Saudis finance it.
To set up death squads in Iraq, they sent John Negroponte as Ambassador to Baghdad in 2004. The same guy they sent to Honduras as Ambassador from 1981 to 1985. Then in 2011, they sent some of those killers from Iraq to Libya to overthrow Qaddafi, with NATO air cover. From Libya, they were sent on to Syria to start the killing there, in a dirty war directed by Negroponte’s right-hand man, US Ambassador Ford.

Over the next couple years, the embedded media perversely pinned the killings of civilians on Assad, “staying on message” with the script for another NATO invasion. Only Russia’s UN veto spared Syria. Still, the sheikhs kept on financing the “rebels” – and the US pretended to fight them – until they grew into the ISIS terror army. Today, in spite of Russian military intervention, ISIS and its backers are not giving up.

Even Fox News is saying the US coalition against ISIS is a myth. The authors of ISIS IS US dig deeper, to bring you the full story. 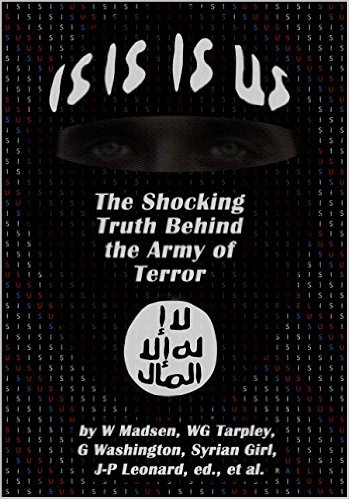