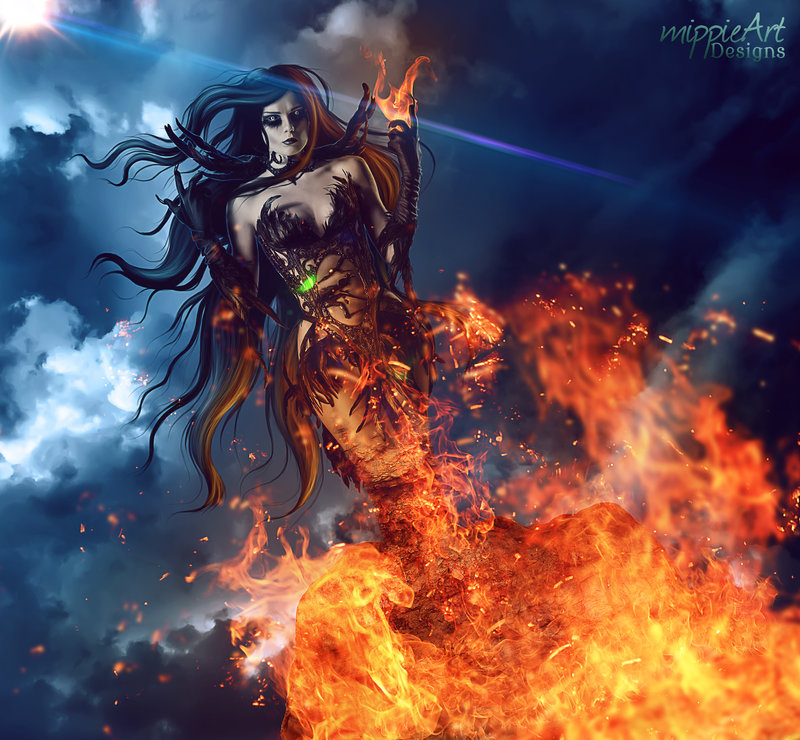 The Devil pens a holiday letter.

Through means I am unable to disclose, I have obtained a copy of the Devil’s Christmas letter. Yes, Satan too sends a Yule letter, and no, I was not on his mailing list. I think Satan’s Holiday cheer should give us all pause.

“To my fallen angels Beelzebub, Lucifer and Leviathan, princes of Hell’s demons, and to my minions, lackeys, toadies and sycophants on Earth:  Due to the high cost of postage, please accept this miserly digital version of my holiday missive.
As you know, this time of year usually finds me quite despondent, as the Prince of Peace’s influence waxes most atrociously around his birthday. But this year I am in fine spirits, nay, let me even declare myself absolutely giddy, for the destruction of the United States of America by its own citizenry and government draws ever nearer.

Though my minions have long sown festering seeds of hate and disharmony in that now-benighted land, my favored weapons of destruction–leverage, debt, half-truths and endless, self-serving justifications for greed, sloth, lust, pride, envy, anger and gluttony–have wormed their way into the stricken heart of that Republic and are now the default setting of American culture.

My lackeys in the Central State have made a mockery of the rule of law, letting financial crimes go not just unpunished but rewarded. The blatant injustice that roams the land like a foul, slobbering beast–there are two sets of laws and two sets of books now, one for the financial Elites and their political toadies, and another one for the tax donkeys beneath them–this will eventually ignite the firestorm I seek.

American extravagance has surpassed even my highest expectations, as purveyors of luxury goods reap record profits, and the childish desire for instant gratification has become the unspoken ruler of the land. Convenience is now worshipped as a god, sitting triumphant beside entitlement, greed, indignation and willful ignorance.

Convenience is, as you all know, the name of a peculiarly slick slide into Hell.
One of my favorite sins, gluttony, is running amok, with half of the people groaning under their own weight, sickened and weakened. My loyal minions in the fast-food and packaged food industries have followed my plans to perfection, and my lackeys in the marketing and media have fueled the instant gratification and ignorance which insidiously undermine even the greatest empires.

Pride–oh, how the Americans excel at hubris and pride! The Federal Reserve chairperson, bless her doomed soul, has declared herself 100% confident about an economy that is nothing but a confidence game. Oh, what joy to hear her lies spoken with such confidence!
The mere thought of the word greed cause me to chuckle delightedly, as the U.S. excels as a haven for greed without bounds, a greed so boundless that the entire universe would be insufficient to satisfy its bankers, hedge fund managers, high-frequency traders, Imperial factotums and politicians. How happy I am to see their greed grease their way into Hell.
I feel like dancing a jig when I hear the unbridled sense of entitlement which has poisoned the American spirit. Yes, let greed and avarice be cloaked with rationalizations–“I was promised,” “It’s my right,” “I deserve it”–it is wondrous indeed how my secret invention, “free money,” debilitates once-independent souls.

Anger is now overflowing everywhere, building my empire with every thoughtless word. Politicians rage against each other, the people rage against the politicians, and behind the scenes my servants in the political action committees feed the anger with billions of dollars in campaign donations. How amusing to see the politicos lay claim to noble ideals even as they scramble on their knees to collect the millions tossed at their feet to do my bidding.

Oh yes, my bidding, for their greed, pride and anger are my bidding. By all means, politicians, do my work: give tax breaks to the ultra-wealthy, let financial crimes go unpunished, allow the financial Elites’ looting to go unhindered, transfer the wealth earned by the citizens’ sweat to the financial Elites when their trillion-dollar bets go bad–fuel the anger which will tear you from power, and tear the country apart.

The nation bleeds itself with unwinnable wars, sacrificing its youth on the altar of endless war–how can I not rejoice at this orgy of death, destruction and sowing of hate? The feeble liars at the nation’s helm print endless sums to fund war and to prop up vile tyrants, but offer nothing for libraries or literacy or the curing of malaria. How can I not rejoice at a nation which finds trillions for war and next to nothing to fight the diseases of the poor residents of former colonies, including that Prince of Disease, ignorance.As for sloth–that millions are being paid to sit around watching television instead of being productive creates the perfect breeding ground for resentment, malice and envy. How perfect to pay people to sit at home and rot away, with only their discontent and despair for company.

As you know all too well, idle hands end up doing my piecework for free.
It was almost beyond my dreams to find the nation’s wealth and politics so dominated by a tiny handful of wealthy financial plutocrats–they are doing my bidding without hindrance, though I see by their troubled sleep that they know where their greed and rationalizations are taking them. To channel the nation’s wealth to a few hands–what better way to nurture envy and anger?
If ignorance were treasure, the American political class must be declared wealthier than Midas, for its ignorance and hubris have reached a pinnacle I can truly admire. Ensnared by their lust for power, blinded by their greed for fame and perquisites, they look no further than the next election cycle, dooming their nation to division, disharmony and the desolation of permanent conflict over the dwindling productive assets of this once-great nation.

The people cry out to be saved by the government, as if it was a Savior instead of a vast machine consolidating the wealth of the nation in the hands of the few at the expense of the many, “investing” it in corruption, parasitic financial schemes, military misadventures, Homeland “Security”–ha, isn’t that a jewel, as the nation withers from within–and the unyielding oppression of the remaining productive members of society.

The leaders are themselves leaderless, blank, hollowed-out souls doing the bidding of their parasitic masters, focused only on keeping the corrupt and venal status quo together for a few more months, never looking out ten years. Political expediency is my favored tool, and it is now the default mode of the nation’s corrupted political class.
I delight in that shortsightedness, that abject fear of change and transformation, that clinging to failure and pride, that refusal to face reality.

For the U.S.A. is now an Empire of Debt and Lies, its fraudulent financial system built on misrepresentations of risk and value, and its economy a con game based on illusory wealth, parasitic skimming, and government protection of privilege.
This adolescent desire to believe the lies, because in believing the lies then nothing need change–this might be my most powerful destructive tool.

A hunger for fantasy and illusion, a fear of adaptation, a childish demand for instant gratification–these are forces I can rely on to lead the once-great country to absolute ruin.
And here is the beautifully evil part, my minions–no external enemy is required. The Americans are destroying themselves with their reliance on leverage, debt, denial, half-truths and overflowing servings of the Seven Deadly Sins, all of which they have elevated to “assets” in their hopelessly twisted values. To be supremely unproductive, a churner of lies and financial trickery, is now the most rewarded and admired state in America.

The spiritual rot is now so deep and pervasive that the people no longer even recognize the decay–they have been lulled into a false belief that this culture of fraud, embezzlement, manipulations, propaganda and parasitic financial Elites has always held sway. This is precisely how a people act when they have lost their way, spiritually and morally: they elevate sins to virtues, and forget the lessons of their past.

And of course everyone claiming that there is no spiritual vacuum sucking the nation dry, that the status quo is simply “business as usual”–they are doing my work, too, for habituating to all that is corrupt and reprehensible, all that is lacking in integrity and honesty, this is doing my work most admirably.
Americans no longer hate me, they hate sacrifice, with a passion that enlivens my enthusiasm for their self-destruction.

How can I not be pleased this season? At long last, the destruction of the United States by its own citizens is close at hand. Give me ten years, minions, and I shall insure they will finally begin reaping what they have sown.
Ignorance, my poor dear Americans, will not save you, nor will your endless parade of excuses, justifications and rationalizations. Indeed, they are my weapons which you drive deeper into your nation’s heart with every lie, every excuse, every frantic justification for your own entitlement.
I await 2016 with high expectations.
Most sincerely yours,
Satan……