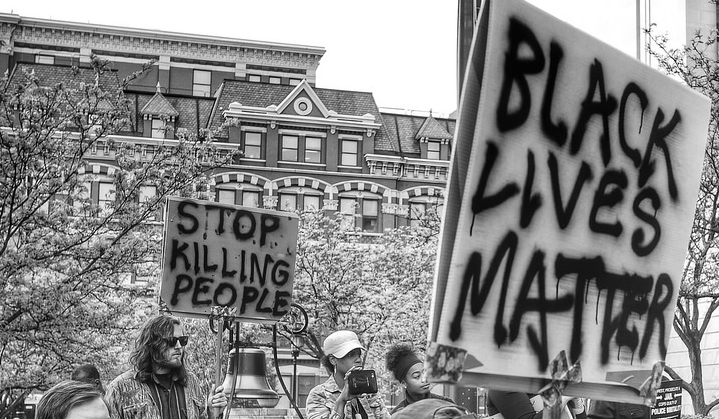 In the racially charged political climate of 2019, the agenda seems to be to convince as many “minorities” as possible that their biggest enemy is the “white man.” The infamous Black Lives Matter (BLM) terrorist group is a perfect example of this, as staged protests and violent encounters seem to be par for the course in how this group seeks to achieve “justice” in the world. But what members of BLM and other anti-white extremist factions fail to realize is that their enemy isn’t “white supremacy,” but rather the anti-human agenda of the deep state.

Whether it involves abortion – most of Planned Parenthood’s baby murder mills are located in poor, black neighborhoods – medical experimentation, chemical poisoning via food, the introduction of “crack” and other deadly drugs back in the 1960s, or even the “rap” culture that’s led to the breakdown of black families, the black community has been a target of the deep state for quite a long time. And the sad thing is that many black people fail to realize who their true captors are – captors who will do whatever it takes to deflect the blame on “whites” for their own evil machinations.

In a recent video exposé posted to Brighteon.com, Mike Adams, the Health Ranger, unveils this dark government plan to target not only blacks for extermination, but also much of the population at large, which eugenicists like Planned Parenthood founder Margaret Sanger see as needing to be culled in order to create a “purified” race. While people of all colors and ethnic backgrounds are included in this genocidal plan, it seems that those of African descent are the primary targets.

These satanic forces don’t come right out and admit what they’re doing openly, but rather disguise it behind the veil of “medicine” and “science.” Medical experimentation like the kind that took place in Nazi, Germany, against Jews and other political prisoners didn’t stop at the end of World War II, in other words – it has continued even in the modern age with vaccines, pharmaceuticals, genetically-modified organisms (GMOs), and various other methods of discreet depopulation.

“To some extent, we are all being targeted in different ways because there is a depopulation agenda that wants to reduce the entire global population to about one billion people,” says Adams. “But it seems from observing the way they’re doing this that they sure do want to get rid of black people first, and they’re actively doing it.”

One would think that with all the aggressive behavior of BLM activists following events like the Charlottesville, Virginia, incident and the Ferguson shooting that there would be even more fervor in combating things that kill far more blacks every year than police or white supremacists. One example is the MMR vaccine for measles, mumps, and rubella, which U.S. Centers for Disease Control and Prevention (CDC) data shows causes autism in black babies at a rate 3.4 times higher than in white babies. Or what about medical experimentation programs that involve the testing of psychiatric medications on young black children, which results in many of them suffering serious adverse effects. Where is BLM in addressing all of this?

To learn more about how vaccines are damaging children, and especially black children, visit AutismTruthNews.com.