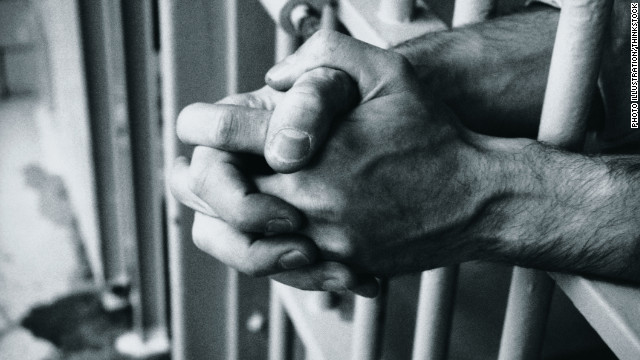 Governments still executing on wrong side of history

Editor’s note: Salil Shetty is secretary general of Amnesty International. The views expressed are his own.

Two years ago, Abdullah al-Qahtani appeared on Iraqi TV and “confessed” to robbing a Baghdad goldsmith’s shop and killing the owner to raise money for al Qaeda. He later retracted his statement, which he claimed were made under torture, but was still found guilty and sentenced to death after a trial that lacked all semblance of process. Today, he is incarcerated, in poor health, in a prison outside Baghdad and waiting for the gallows. Four of his supposed accomplices have already been put to death.

Abdullah’s case is indicative of a disturbing trend in Iraq, where authorities continue to turn to the death penalty in an attempt to tackle rising levels of violence across the country. Hundreds have been convicted under vague anti-terror laws, often following reports of torture and manifestly unfair trials. Like Abdullah al-Qahtani, suspects have been paraded on TV and forced to “confess” before any appearance in court, making a mockery of the right to a fair trial.
On Thursday, Amnesty International released its annual report on the use of the death penalty worldwide. Iraq, and its neighbor Iran, stand out for all the wrong reasons. Those two countries went on an official killing spree last year – executions in Iraq jumped by almost one-third to at least 169. In Iran, at least 369 executions were officially acknowledged by the authorities, but if you include the hundreds more credibly reported, some taking place in secret, the total number may be more than 700 executions – in just one year.
Amnesty International recorded almost 100 more executions around the world in 2013 compared with the year before, mainly because of Iran and Iraq. These figures do not include China, where it is believed thousands are executed every year, more than the rest of the world put together. But authorities treat the death penalty as a state secret and credible figures are impossible to determine.
We have been campaigning for an end to the death penalty for four decades – it is the ultimate cruel and inhuman form of punishment, and a violation of the fundamental human right to life. More and more states around the world have come around to this fact over in recent decades, and today only about one in ten countries uses the death penalty.
Sadly in 2013, four countries – Indonesia, Kuwait, Nigeria and Vietnam – resumed executions. However, three countries that had executed in 2012 did not do so in 2013. In total 22 countries executed in 2013, one more than 2012.
Does this mean that the trend towards reducing the use of the death penalty is now broken? In short, no.
In 1945, when the United Nations was created, only eight countries had abolished the death penalty for all crimes – today 140 nations are abolitionist in law or practice. Twenty years ago, 37 countries actively implemented the death penalty. This number has since almost halved. The trend is clear – the death penalty is becoming a thing of the past.
It is striking just how isolated are the countries that still cling to the death penalty.
Excluding China, almost four-fifths of all executions worldwide took place in just three countries – Iran, Iraq and Saudi Arabia. In sub-Saharan Africa, Nigeria, Somalia and Sudan were behind more than 90 per cent of all reported executions in that region. In the Americas, the United States still finds itself in the shameful position of being the only country to use the judicial system to kill people. In 2013, the state of Texas alone accounted for 41 percent of all U.S. executions.
Over the past five years, only nine countries have executed each of those years.
There are reasons why so many countries are turning away from what amounts to state sanctioned murder – some have come to accept that the death penalty is a human rights violation, pure and simple; others see that the arguments for the death penalty simply don’t stand up to scrutiny.
Iraq is not alone in trying to use the death penalty as a quick fix solution to violent crimes; last year this was an argument put forth by countries from the Caribbean to South Asia. But there is no convincing evidence that the death penalty has any unique deterrent effect on crime, as multiple studies across different regions and countries have confirmed.
Other governments use the death penalty as a populist tool to prove that they are “tough on crime.” In short: politicians play with people’s lives to gain votes, knowing full well that they are appealing not to rationality, but to raw emotions – especially in the aftermath of horrendous crimes.

Nor is it true that people executed are only those guilty of the most heinous crimes. Last year, executions included everything from adultery to membership of political opposition groups.
To those governments that still execute, our message is clear – you are on the wrong side of history, Whatever the argument is, the death penalty is never the answer. We urge authorities in Iran, Iraq, Saudi Arabia, China, the United States and the rest of the world to take this message to heart, and give us better news to report next year.