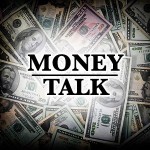 Bloomberg reports that Citigroup has failed the Fed’s new round of stress tests:

Citigroup Inc.’s capital plan was among five that failed Federal Reserve stress tests, while Goldman Sachs Group Inc. and Bank of America Corp. passed only after reducing their requests for buybacks and dividends.

Citigroup, as well as U.S. units of Royal Bank of Scotland Group Plc, HSBC Holdings Plc and Banco Santander SA, failed because of qualitative concerns about their processes, the Fed said today in a statement. Zions Bancorporation was rejected as its capital fell below the minimum required. The central bank approved plans for 25 banks.
In reality, Citi “flat lined” – went totally bust – in 2008. It was insolvent.

And former FDIC chief Sheila Bair said that the whole bailout thing was really focused on bringing a very dead Citi back from the grave.

Indeed, the big banks – including Citi – have repeatedly gone bankrupt.

Over the past 80 years, the United States government has engineered not one, not two, not three, but at least four rescues of the institution now known as Citigroup.
So why did the U.S. government give Citi a passing grade in previous stress tests?

Because they were rigged to give all of the students an “A”.

Time Magazine called then Secretary Treasury Tim Geithner a “con man” and the stress tests a “confidence game” because those tests were so inaccurate.

But the bigger story is that absolutely nothing was done to address the causes of the 2008 financial crisis, or to fix the system:

Even though everyone knows that breaking up the big banks is essential to stabilizing the economy, it hasn’t happened. Indeed, they’re bigger than ever
The faulty incentive system – huge bonuses that encourage reckless risk-taking by bankers – are still here
Even though rampant speculation helped destabilize the economy, speculation has shot through the roof
Another big problem – shadow banking – has only gotten worse
Derivatives? Washington has poured gasoline on the fire
Cracking down on fraud and holding criminals accountable is perhaps the most important thing to fix the economy. So has this happened? Nope … just phony P.R.
Indeed, the only the government has done is to try to cover up the problems that created the 2008 crisis in the first place … and to throw huge amounts of money at the fattest of the fat cats.

Remember, Nobel prize winning economist George Akerlof has demonstrated that failure to punish white collar criminals – and instead bailing them out- creates incentives for more economic crimes and further destruction of the economy in the future.

Indeed, professor of law and economics (and chief S&L prosecutor) William Black notes that we’ve known of this dynamic for “hundreds of years”. (Actually, the government has ignored several thousand years of economic wisdom.)