Argentine President Cristina Kirchner does not give interviews. Nor does she request meetings with ministers. And yet she always makes herself well heard. 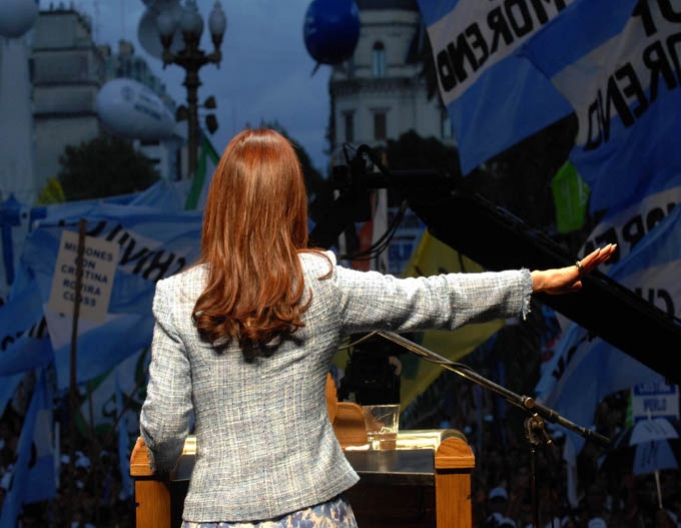 Over the past month, the president gave no fewer than 12 speeches. She has no trouble finding occasions to do so, be it the inauguration of a hydroelectric dam, an act on behalf of her deceased husband and presidential predecessor, Néstor Kirchner, or the opening of a new hall in Buenos Aires’ Casa Rosada –her executive mansion and office, in honor of her heroine, Evita Perón.

As President Kirchner has isolated herself more and more, talking only to her closest political allies, her speeches have become her primary method of informing even her own ministers about her decisions and policy changes.

Human rights groups, particularly the Mothers and Grandmothers of Plaza de Mayo, are always in attendance for her speeches. Organization leaders Hebe de Bonafini, 83, and Estela de Carlotto, 81, who have spent decades raising awareness about the thousands of people who disappeared during Argentina’s period of military rule, show up every time – even when the topic is completely unrelated.

In mourning since Néstor Kirchner died in October 2010, Cristina keeps a pattern in her speeches. She usually refers to her late husband; compliments what she calls his “model,” which includes a heavier presence of the state in economy; attacks mass media and powerful foreign countries; and reinforces the idea that her administration is “national” and “of the people.”

Recently, more than 200 journalists gathered for a television show called Periodismo para Todos (Journalism for Everyone) to demand that the president speak with the press. The group included several well-known journalists, including Ricardo Kirschbaum, editor-in-chief of Clarín, the country’s largest newspaper. They carried banners saying “we want to ask questions” and “no to the pro-government media.”

The group presented 10 questions they would like to ask the president. Among other things, they want her to explain allegations of corruption and influence peddling involving the vice-president, Amado Boudou.

None of their questions were answered. Soon after the program aired, President Kirchner boarded a plane and flew off to Angola.