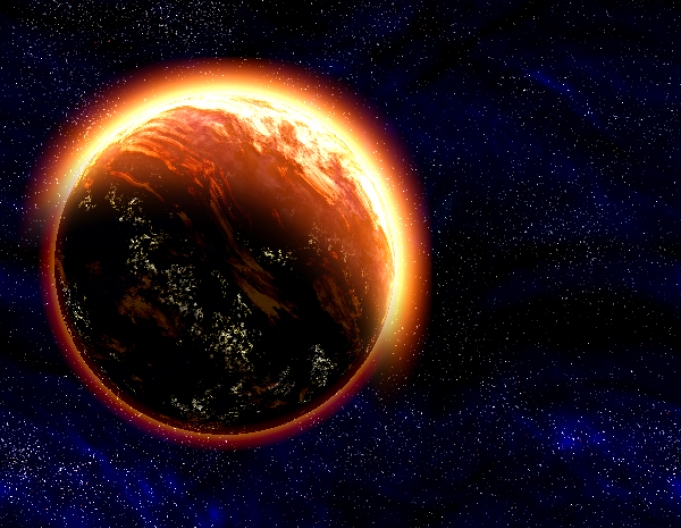 Twenty-two year ago sensors on the spacecraft Galileo picked up the existence of life on planet Earth. No big surprise. But what was salient about the experiment was that the space probe’s analysis system reached an accurate conclusion.

In their search for extra-terrestrial life, scientists are zeroing in on so-called exoplanets. To narrow the field down even more, they use powerful telescopes to draw conclusions about the chemical makeup of those planets’ atmospheres.

When it comes to the discovery of life on planets outside the solar system – the so-called extra solar or exoplanets – researchers depend on the sort of information Galileo provided. So far, 770 exoplanets have been discovered, and some of them are similar to Earth in certain respects. Yet even if an exoplanet had an atmosphere and a life-friendly surface, there’s still no guarantee that it hosts forms of life.

The principle underlying such methods is this: you choose a time when the exoplanet, as seen from Earth, is opposite its central star. If the planet has an atmosphere, some of that light will pass through it. Substances in the atmosphere will absorb certain wavelengths in a characteristic way. The result is that certain wavelength absorption lines can be seen through a suitable space telescope. These lines are the equivalent of chemical finger prints from which you can deduce whether the atmosphere of the planet contains oxygen, water, methane, or carbon dioxide.

From that information, in turn, various conclusions can be drawn. One indication of life, for example, is if a planet’s atmosphere contains simultaneous concentrations of both oxygen and methane. That’s because the interaction of the gases normally results in their mutual elimination – unless there are life forms to balance the concentration by regularly producing the gases anew.

Lisa Kaltenegger, 35, a scientist working at Germany’s Max Planck Institute, has developed atmospheric models for exoplanets to be used as a basis for the interpretation of spectroscopic data gathered from space telescopes like the planned NASA James Webb space telescope. The space agency plans to launch James Webb in 2018.

Even if the presence of life on exoplanets can only be established indirectly, the news when it comes – “Extra Terrestrial Life Discovered!” – is going to be sensational.