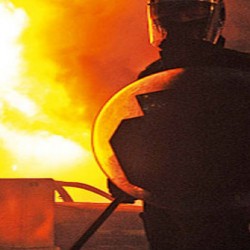 SHAME was the first response of many people in Britain to the riots that started in the Tottenham neighbourhood of London on August 6th, skipped across the capital in the following days and nights and spread to Manchester, Birmingham and many other cities. Alongside the shame, there was a jolting bafflement. The law-abiding majority suddenly saw that some of their compatriots were happy to torch cars and buildings, loot shops, and attack firemen and ambulance crews. The confidence trick at the heart of the social order was violently laid bare: it turns out that if sufficient numbers of criminals want to create havoc on the streets, they can. In the absence of internal, moral restraints, external ones can only do so much.

The world watched London in fascinated amazement. Other nations tend to regard Britain as enviably orderly and law-abiding, at least compared with many of its more excitable continental neighbours. That peaceable image is only partly justified: contagious rioting has broken out before, typically during the summer, including in the 1980s, when Tottenham and some of the other flashpoint areas this week last erupted. This time, however, the complexion of the trouble is different from those earlier flare-ups. In its sheer mindlessness, it was, in a way, even more depressing .

Moral malaise
This week’s multiplying riots had some common features—looting, arson, attacks on the police—but they spanned different places, races, ages and sexes. Race was not the defining issue, as it was in many of the disturbances of the 1980s. One of the first to appear in court for looting was a 31-year-old teaching assistant: hardly an identikit hooligan. That left politicians free to project their own rationales on the carnage.

For some on the left, the real villain was the government’s public-spending cuts. This view is given superficial support by the fact that the 1980s outbreaks happened during the “Thatcher cuts”. But it is still a lazy fantasy. It might be comforting to think of the riots as an extension of a familiar debate—and to argue that the underlying ills can be easily remedied with a little more state largesse—but there is little reason to do so. Unlike the riots in Britain in the 1980s, Los Angeles in 1992 or France in 2005, these were not overtly political or racial. And since the cuts have barely bitten yet, that explanation doesn’t wash.

But the right’s knee-jerk response—that this is criminality, pure and simple, and that to seek a deeper explanation is to excuse the culprits—is also wrong. There is clearly a cadre of young people in Britain who feel they have little or no stake in the country’s future or their own. The barriers that prevent most youngsters from running amok—an inherent sense of right and wrong; concern for their job and education prospects; shame—seem not to exist in the minds of the rioters. Britain needs to try to understand why that is so.

It is unlikely that the closure of, say, a local youth club has caused that alienation. Perhaps it has something to do with the changing nature of the economy and consequent shortage of low-skilled jobs, or the long crumbling of family structures and discipline. Technology, too, may have had a role, for BlackBerrys were widely used to summon mobs. Digital communications have tipped the balance of power away from the authorities towards the streets, as they did in the Arab spring; but in Britain, the effect has been terrifying rather than inspiring.

If technology is a major factor, perhaps such scenes will be replicated in other countries. On the other hand, a peculiarly British set of conditions may be at work. Near-American levels of inequality may have combined with laxer European attitudes to criminal justice to create an incendiary mix of rage and boldness. Whatever the reasons, a moral malaise has gripped a minority of young Britons, a subgroup that is nevertheless big enough to terrorise and humiliate the country.

The thin blue line
David Cameron, the prime minister, recalled Parliament to discuss the crisis, declaring that pockets of Britain were “frankly sick”. Politicians will no doubt come up with all manner of responses over the weeks to come. Job-creation and welfare schemes will surely play a part in the debate. But the immediate focus was on policing, and why, especially on the first few nights of trouble and particularly in London, the police seemed unable to cope.

The spark for the initial incident in Tottenham was a fatal shooting by police officers; some hooligans cited resentment of the police as a motive. But as the violence spiralled and spread, the main criticism levelled at them—particularly London’s Metropolitan Police—was that they were too soft. That criticism was partly justified. The Met was caught out by the scale of the unrest and unable to respond quickly enough. In some parts of the capital the police were outnumbered, outmanoeuvred and unable or unwilling to prevent looting.

With suitable reinforcements and better tactics, they and other forces performed better on subsequent nights. Nevertheless, there were widespread calls for much more draconian measures. One opinion poll suggested a third of respondents favoured the use not only of rubber bullets but of live ones. The imposition of curfews and the deployment of the army were discussed but thankfully not implemented.

Thankfully, because that sort of response would make Britain a different place from the open, liberal country most of its citizens want it to be. Yet one message of this week’s events is that the reality of modern Britain doesn’t quite live up to that hope. The widespread assumption that, for all their inequalities and fissures, the country and its capital are fundamentally orderly and harmonious, has been revealed to be complacent. The cracks in British society—economic and moral—have opened up, and they are deeper than they seemed.

The riots have been bad for Britain’s already stuttering economy. They have been ruinous for the people whose homes and businesses have been damaged and destroyed. They have tarnished Britain’s image around the world. But most of all, they have been desperately disorienting for the country’s own sense of itself.