With Internet piracy taking a major bite out of their bottom line, adult film producers are going three dimensional in an effort to lure new, paying customers. 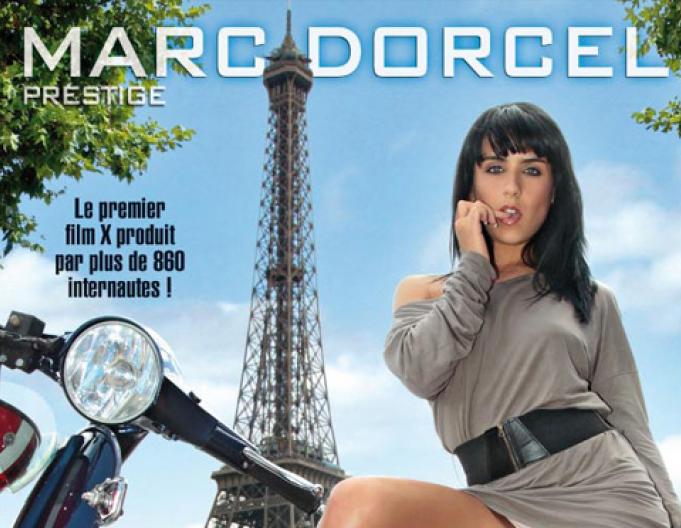 Thanks to the 3D technology being used to shoot the scene, Black Angelika’s arms and legs do seem incredibly close.

Once we take our glasses off, we are back in the real world – in Marc Dorcel’s conference room which, thanks to its huge screens, also serves as a demo room. From outside it would be impossible to know that this inconspicuous building, tucked away right in the heart of Paris, serves as the headquarters for Europe’s biggest adult film company. That doesn’t mean, however, that we’ll be meeting the real Black Algelika: there is nothing else here than computers, files and a couple of posters on the walls. “Filming takes place in castles and private mansions,” says Adeline Anfray, a press secretary.

Video Marc Dorcel, whose managing director is now Grégory Dorcel (Marc Dorcel, Grégory’s father, recently retired), is one of the first studios to have adopted 3D technology. According to Mr. Faribeault, the decision was as much a strategic choice as a response to the changing realities of the adult entertainment industry.

“Because of the piracy, we have to use the latest technology available,” he says. “We are aware that 90% of our films are illegally downloaded, so it is thanks to the remaining 10% of sales that we are able to exist. We also know that 30 to 40% of the Internet traffic in the world is linked to pornography. So, since last year we have invested 1.5 million euros in the production of around 100 3D films that are each 20 to 30 minute long.”

Why are the films so short? “Because 3D technology can be tiring for the eyes,” says Faribeault. “We prefer filming shorter scenes, with less frequent angle changes.”

Certainly shorter from the consumer’s point of view, 3D sex scenes are actually more time consuming for the actors involved. “Compared with conventional production, scenes take longer to shoot because we have to constantly make sure that the images look perfect in 3D. This means that the production time is four to five times longer than 2D films,” says Faribeault.

The 3D technology also implies the use of more advanced technology. The Marc Dorcel studios use double cameras weighing 80 kilos. Each camera is equipped with two lenses, positioned 6.5 cm apart. “We used the so-called ‘jack-in-the-box’ 3D technology so as to give viewers the impression that actors are just a few centimetres away,” Mr. Faribeault says. The technique differs the “depth of field” approach, which Canadian director James Cameron used for his blockbuster Avatar.

Faribeault admits that 3D technology is still in its infancy. “In 2010, only 200,000 3D televisions were sold in France, but the numbers are rapidly growing. We are also waiting for TV sets that do not require special glasses to appear in the next few months,” he says.

Does this mean that the company will stop selling DVDs? Faribeault doesn’t think so. “DVDs still represent 25% of our revenue, compared with 55% for VOD,” he says. “But no one makes adult Blu-Ray DVDs, and especially not 3D films. Production costs are huge and the number of people going to watch a film in video clubs is getting smaller every day.”

Describing the company’s approach as a “360-degree” strategy, Faribeault says Marc Dorcel looks to “constantly innovate and be present on all screens.” Except maybe in local movie houses. “That’s probably never going to happen,” he admits. “Specialized cinemas are slowly disappearing and I am not sure that multiplex cinemas would want to screen our films.”

Read the original article in French