Our original blog on the HAMR appeared in January 2020 at the urging of Mary Fanning.
This blogpost is provided as an update with further details, and as background as Obama’s
henchmen seem to soon be the recipients of some of those Sealed Indictments.

Obama’s Surveillance Hammer on Trump is Worse Than Watergate –
The American Report, By Mary Fanning and Alan Jones

“The Hammer,” a secret government surveillance system, was allegedly used to spy on Trump, Supreme Court Chief Justice John Roberts and millions of other Americans during the Obama administration.

The suit charges that the defendants failed to investigate Montgomery’s whistleblower reports of illegal surveillance on Donald Trump and millions of other Americans.

[Editorial Note:
The CIA’s assaults against Montgomery date back  to the early days of the DNI, when Director Negroponte invoked the the State Secrets Privilege [a government gag order] to “protect national security secrets“.

The harassment continued through 2009 with manipulated Media which tried to paint Montgomery as a fraud.

As late as 2019, Kevin Shipp (self-proclaimed CIA whistle-blower, has attempted to discredit Montgomery as a fraud.  Shipp  described himself on Twitter as a counter-intelligence officer who engaged in unique, solo, unilateral, and perhaps unsanctioned [?] espionage operations; (given our background directing both CIA and DIA espionage operations, we gauge Shipp’s statements as pure BS).  Nonetheless, Shipp does publish some interesting, and at times, valuable information on Twitter. ]

Montgomery alleged that the US government wiretapped 17 Trump businesses including Trump Tower, Trump leasing programs, Donald Trump himself, and various Trump family members. All were wiretapped under the Obama administration.

There has been a wiretap on Trump for years, according to Montgomery.  Larry Klayman, Montgomery’s attorney, told reporters Fanning and Jones:
“The proof of Donald Trump being wiretapped is in the documents that were handed over to the FBI”

Klayman is the founder of Judicial Watch and of Freedom Watch, which issued a press release about Montgomery’s complaint. Although the suit does not identify the surveillance system by name, audio recordings released in 2015 by US District Court Judge G. Murray Snow in Maricopa County, Arizona, identify a secret government surveillance system called “the Hammer,” allegedly used to spy on Trump, 159 judges including Supreme Court Chief Justice John Roberts, and millions of other Americans.

Klayman reported that Montgomery indicated that the surveillance program also targeted late Supreme Court Justice Antonin Scalia, who was found dead [with a pillow covering his face] at an exclusive Texas hunting ranch in 2016. According to an audio recording of Tim Blixseth, whose ex-wife worked with Montgomery at Blxware LLC of Bellevue, Washington, “the Hammer” was used to wiretap Donald Trump “a zillion times.” “Everything they said they didn’t do, that Brennan said recently, mainly Clapper. It’s all bullshit, and I’ve got it right here” says Tim Blixseth on one of the audio recordings. 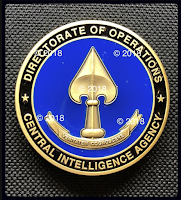 A leaked CIA Information Operations Center document published in March 2017 WikiLeaks “Vault 7” dump identifies a CIA hacking tool called HAMR. A computer expert who worked for the military and a major government agency involved in defense who reviewed the leaked CIA document believes that the “Hammer” and “HAMR” refer to the same surveillance system.

The FBI took possession of Montgomery’s evidence, giving Montgomery a receipt for his production of the physical evidence. In Decembe 2015, Montgomery was debriefed for three hours at the FBI’s Washington DC Field Office, inside a secure room known as a Sensitive Compartmented Information Facility (SCIF), where he gave a videotaped deposition. Many of these events were detailed in a May 3, 2017 interview with Montgomery on Klayman’s new radio program “Special Prosecutor.” Montgomery named names, specifically John Brennan and James Clapper.

According to Klayman,“ “Montgomery laid out how persons like then-businessman Donald Trump were illegally spied upon by Clapper, Brennan, and the spy agencies of the Obama administration. He even claimed that these spy agencies had manipulated voting in Florida during the 2008 presidential election, illegal tampering that helped Obama win the White House.”

Montgomery says that he never pled the Fifth in any interviews or depositions, answering every question asked of him by the FBI. Montgomery named names and alleges that James Clapper and John Brennan broke laws. His own family was placed at great risk, claims Montgomery. Montgomery says that they were looking for Article III information on 159 judges to use as leverage against those judges.

The CIA breached the FBI’s servers seven times over a six year period to find out what information the FBI had in their possession and to learn if there was an ongoing FBI criminal investigation into the CIA’s activities, according to Montgomery.  He told Representative Devin Nunez, [R-CA] that he had the proof of wiretapping on Trump Tower. Nunez did nothing, according to Montgomery.

Montgomery states that Trump was wiretapped for years because, he alleges, the CIA feared Trump. HAMR can “throw” browser exploits at iOS, Android, OSX and Linux hacking targets, according to the CIA Information Operations Center document.


HAMR sends specified plug-ins from a collection of iOS plugins called “Wild Turkey” to targeted devices and installs (implants) them for surveillance operations.

Donald Trump may have used iPhones in the past, according to an analysis of his tweets published in Mother Jones. WikiLeaks has been criticized for focusing on the leaking of US intelligence community classified documents while not releasing similar large dumps of Russian and Chinese classified documents. 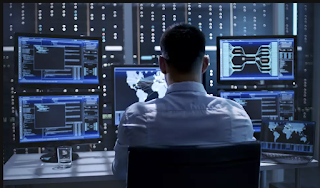 HAMR appears to be a massive super-computer system that was used to listen to phone calls not by tapping into telecommunication carrier switching stations and fiber optic cables, but rather by deploying or “throwing” malicious plug-ins at targeted computers and smartphones to collect the intercepts and then send the data back to the master supercomputer framework.

Other plug-ins could presumably hack into online banking, messenger, email and other apps and then transmit the collected data back to the HAMR data center.

According to several of the audio tapes, Montgomery rented, with $7,000 cash, a supercomputer at Lockheed Martin in Los Angeles to process and collate all the collected data, organized by phone numbers.

The audio recordings reveal that the the Hammer computer system was being operated out of a US government facility. Montgomery claims to have built the Hammer while working for CIA Director John Brennan and Director of National Intelligence James Clapper. He told Klayman that although he is under an immunity agreement, he felt compelled to speak out and reveal that while he worked for Brennan and Clapper, the two intelligence officials were running domestic surveillance programs under the Obama administration that illegally collected massive amounts of information, including bank accounts, chat sessions, and emails, on millions of Americans.

The collected data was being used as leverage against Americans.

“We cannot live in fear of our own intelligence community. So, yes, absolutely from top to bottom we need a reform, and we need to go in and say the American people need to have oversight of this because we can’t let them listen to legislators phone calls or the president’s phone calls and blackmail the president. Something has to change.”

Klayman has stated that the nation hangs in the balance. Montgomery has emphasized that, in spite of his own personal and medical challenges, he is committed to exposing what he claims is massive illegal surveillance of Americans, carried out under President Obama, Director Brennan and Director Clapper.

Mary Fanning and #Alan Jones are investigative reporters for the
1776 Channel and The American Report and are contributors to
Breitbart and CommDigiNews. They were the first journalists to
link Florida’s Port Canaveral to the father of Saddam Hussein’s
rogue nuclear weapons program, as further detailed in a paper
they published for Washington, DC defense think tank
Center for Security Policy.
Mary Fanning is also known for her series
‘The Betrayal Papers.’