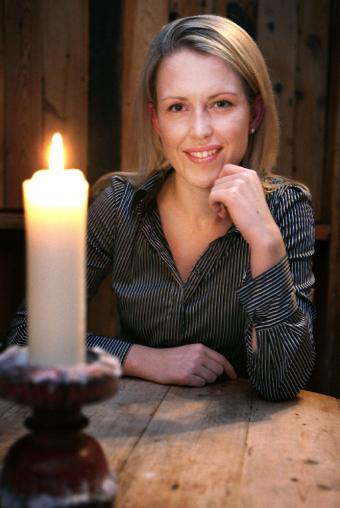 Jennifer Robinson wants Spanish wine. Jennifer opens and widens his eyes when he speaks. Jennifer tells you and takes your arm. His way of relating to others is the opposite, never better, the British way. Is sharp, funny and Australian, very Australian. It has brought the Frontline Club, London Julian Assange shelter, the first site that met the founder of Wikileaks. Come hungry and want two dishes, and salad to share. Second, ribs, we rather chop.

At 29 years and has behind him an amazing experiential curriculum. He has traveled half the world, has fought for human rights NGOs in West Papua, has interviewed exiled Iranian victims of torture, has been arrested and deported from Indonesia … “Let’s say I disputed cases that are unrelated,” he added with his very white smile.

He says his criterion for making decisions in life has always been the same: “I always wonder: what will make my life more interesting? And so far it has not malfunctioned.” So it seems. Until recently, he was studying global open a case against the pope by the bishops’ sexual abuse. Of course, with the Wikileaks case has played top.

Comes the meat and at the sight of Robinson expressed appetite. Assange account that met in October 2010, when she contacted the company he works for. “They’re going after Julian. I’ve never seen a case as weak as this.” And how do you explain that? “We call it ‘factor Assange.”

Every time he speaks, his eyes still radiate more light, if possible. “The best thing about Julian is his commitment to his mission. It is extremely intelligent. The conversations with him are intellectually exciting. But what really impressed, what sets it apart from others is their commitment. Has committed his life to do this” .

Jennifer Robinson grew up in an idyllic corner of New South Wales, Australia, two hours from Sydney. His parents were devoted to train race horses on the beach. Its name is due to Jennifer Juniper song that Scottish champion flower power and psychedelia called Donovan. At age 21, Robinson left the haven towards Indonesia. There he began to fight for human rights.

After passing through Oxford, she began working for Geoffrey Robertson, famous Australian lawyer, his godfather, who sent her to interview former Iranian prisoners throughout the world. “I have seen shocking cases, terrible stories. It’s sad, but when you talk with them, you find they are relieved to tell his story.”

Robinson served the wine with wealth, and strife, joy. The bottle goes down, what we having dessert wine. Laughter sound, the effect of the fumes, are heard in the nearby tables. Robinson finished the job: “Julian is being pursued. It is easier for governments accuse of crimes and threatening national security to deal with the content of the cables, which reflect human rights abuses and corruption. People must look beyond this persecution. “