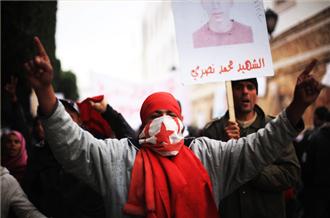 The wind of freedom that shakes the Arab countries since the sacrifice of young Tunisian Mohamed Buazizi the December 17 breaks a series of cliches and platitudes firmly entrenched in European opinion and in our governments: that of fatalism and resignation to the arbitrariness and the absolute incompatibility between Islam and democracy.

We will say at the outset that all monotheistic religions are contrary a priori those systems of government beyond their power: Spanish history, with the holy alliance of Throne and Altar and the use of divinity to cover up the dictatorships of swords, is a good example. French and British travelers who traveled the peninsula often resort to store topics on our alleged addiction-except for brief moments of uncontrolled rage, the absolute monarchy and the church in which he supported. Frustrated experiences in the First and Second Republic abounded in it. Until less than four decades, Spain was ruled by a leader by the grace of God.

These prejudices ignored the fact that the rebellion of the peoples subjugated by fear, injustice and ignorance is incubated in silence, but a set of unpredictable factors can make it swell.

Although the political and economic situation in Tunisia and Egypt are very dissimilar, the spark that has lit on both have one thing in common: the weariness of a gerontocracy that tends to perpetuate itself in power through dynastic succession covert blocking any possibility of change . Ben Ali’s regime was a tightly controlled police state that any sign of disaffection, while muted the dissatisfaction of a large proportion of the population in exchange for granting a decent living standard did not cover everything, as demonstrated by the facts to the people interior and south.

The last visit to Tunisia  just over 10 years (The Maghreb as the crow flies, THE COUNTRY, 1999), reminiscent in many ways the Spain of the Restoration and the dictatorships of the century that recently left behind. The political regime of apparently pro-Western moderate and sustained by the European Union as a firm bulwark against Islamist extremism. Those who knew the clan nepotism and corruption of Ben Ali Trabelsi, we wondered how he could continue indefinitely, and the best answer I’ve read so far is as follows: “The moderates are installed for long with a short oligarchy of men skilled in the and business administration, and eventually annex the state agency making a game. His policy is to find a legal order to cover the despotism, and in prime ambitions with the promotion of material interests. Their weapons: authoritarianism and corruption. “

But this portrait is not that of Tunisia, but that of nineteenth-century Spain by Manuel Azana path in his essay Three generations of the Ateneo. The “art of making parliament without opposition MPs, the discrediting of political parties, the supposedly democratic facade were common to our ancestors and the Tunisians and Egyptians today. 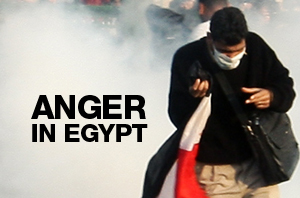 In Mubarak’s Egypt, the situation is more serious than in the Ben Ali Tunisia: the fullness of educated elites and impoverished middle class must be added the poverty that engulfed the living bulk of the population. Over 20% of this remains to two euros per day and who earns the equivalent of 100 a month is considered lucky. In 2008, after 10 years absence, I discovered that the standard of living of most Egyptians had fallen further and the gap between those who hoard the wealth of the country and those who possess nothing had deepened. The situation was explosive and immediate revolt spread Tunisian not surprise me. The face of stiff Pharaoh widely portrayed in the avenues and squares of Cairo seemed an insult to the millions of unemployed youths with no expectation of change. It is difficult to predict today the result of the current explosion of these “days of rage” that turn to the Egyptian people and the push to challenge the brutal repression of an embattled and exhausted power.

The spontaneous uprising of the Tunisians and Egyptians spread through the social networks created by the Internet and mobile telephony does not obey the instructions of any leader or party: former subjects become citizens expressing their exasperation have broken with the psychology behind fidelity and the reflection of submission to power. The risks faced by these movements are the usual appeal to the army as an instrument of salvation or recovery by Islamist movements. However, the latter seem to have learned the lesson of past failures: his support for the candidacy of El Baradei and the reference to Turkey are all reasons that lead to hope for real change and democratic.