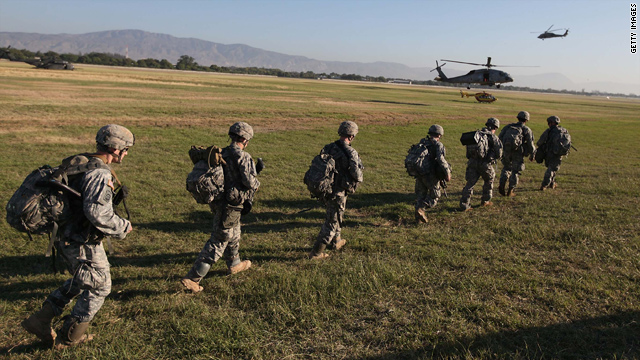 Kouchner, speaking with CNN’s Christiane Amanpour from the one-day meeting on Afghanistan that drew representatives from more than 60 countries and organizations to London, said, “No more fighters. We are in charge. We don’t want to send more troops to fight.”

But Kouchner did not rule out the possibility of sending more trainers for the Afghan army and police. France currently has about 3,500 troops in Afghanistan, just over a third the number that Britain has deployed there.

The United States is sending another 30,000 troops to Afghanistan, and NATO and other partners have promised at least 7,000 more reinforcements as part of President Barack Obama’s new strategy to protect the Afghan population from the Taliban.