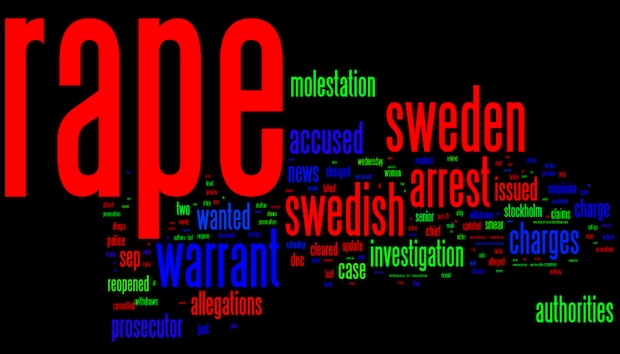 A British judge granted bail to WikiLeaks founder Julian Assange on Tuesday, but he remained in custody pending a possible appeal.

Swedish authorities were given two hours to lodge an appeal and their lawyer, Gemma Lindfield, said it was likely she would. An appeal would have to be heard by Britain’s High Court within 48 hours.

The 39-year-old Australian has been held in a London prison for a week since surrendering to Scotland Yard due to a Swedish arrest warrant in a sex-crimes investigation. He denies wrongdoing and his lawyer says he plans to fight extradition.

At Tuesday’s hearing, District Judge Howard Riddle said Assange would have to abide by strict bail conditions. He would have to wear an electronic tag, live at a registered address, report to police every evening and observe two four-hour curfews each day.

Assange’s next court appearance was set for Jan. 11.

Supporters outside City of Westminster Magistrates’ Court erupted in cheers when they heard news of the judge’s ruling.

Assange’s mother Christine, who was flown to Britain by Australian media outlets, watched the hearing nervously from the public gallery, but gave a huge smile as the judge announced his decision.

“I just want to thank everyone who’s turned up to show their support and who’s taken an interest,” Christine Assange said.

Lindfield, acting on behalf of Swedish authorities, had asked the court to deny Assange bail because the allegations in Sweden were serious, Assange had only weak ties to Britain and he had enough money “to abscond.”

“The Mr. Assange I know is honorable, hugely courageous, warm — not the things we read,” Smith told the court.

Some Assange supporters suspect the extradition request has been motivated by WikiLeaks’ decision last month to begin publishing a trove of 250,000 secret U.S. diplomatic cables, something Swedish officials have denied.

A group held a noisy protest outside the court.

“It is too much of a coincidence,” said protester Alex Potterill, 33. “This is an attack on the valuable work of WikiLeaks. It is an attempt to gag a valuable source of information.”

Assange remained defiant in comments from prison relayed Tuesday by his mother. Australia’s Seven network said Christine Assange spoke to her son for 10 minutes and asked him, at the network’s request, whether it had been worth it.

“My convictions are unfaltering,” the network quoted Julian Assange as saying. “I remain true to the ideals I have expressed. This circumstance shall not shake them. If anything, this process has increased my determination that they are true and correct.”

The WikiLeaks disclosures, which have continued while Assange has been imprisoned, have deeply angered U.S. officials, who claim that other countries have already curtailed their dealings with the U.S. government as a result.

Assange’s Swedish lawyer, Bjorn Hurtig, claims the courts are stacked against defendants in sex cases in Sweden. However, a 2009 European Commission-funded study found only 10 percent of sex offenses reported in Sweden result in a conviction.

A decision on whether to extradite Assange is expected to take several weeks. Both Assange and the Swedish government are entitled to appeal the ruling if the judge rules against them.

Britain’s national security adviser said Monday that U.K. government websites could be attacked in retribution if Assange is not released. Online “hacktivists” have already launched cyber attacks on companies that cut ties to WikiLeaks, including MasterCard Inc., Visa Inc. and PayPal Inc.

In his statement Tuesday, Assange called those companies “instruments of U.S. foreign policy.”

“I am calling on the world to protect my work and my people from these illegal and immoral attacks,” he was quoted as saying.