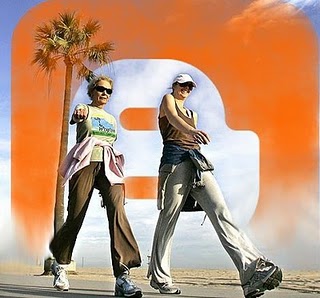 I’ll be the first one to tell you: BlackBook is an awesome place to work, and Chris Mohney is among the most awesome people in New York you can work for, of which we all know are few in their numbers. And I’m not just saying this because he’s advised my career so well (“you’ll come crawling back, you little gutterpunk bitch”), but no, really, really. This is an awesome job, with awesome people, at a growing company. I had a hard time leaving, and I still often miss it, and I couldn’t endorse it enough. Also, it’s a ridiculously fun gig.

Even though it’s actually this song that’s both the one I’ve had stuck in my head for the last few days and the better song all around, this is the one that’s kind of resonating today, if only because it represents something I’ve been thinking about nonstop for the last 16 hours, and also probably accurately reflects both John Carney’s feelings on financial reform, his former employment situation, his current employment situation, and the situation of his future employment prospects.

Jay-Z – Heart of the City

And then the Fugees gon’ break up,
now everyday I wake up,
somebody got somethin to say…
…Look scrapper: I got nephews to look after.
I’m not lookin at you dudes,
I’m lookin past ya.
I thought I told you characters: I’m not a rapper.
Can I live? I told you in ninety-six,
that I came to take this shit,
and I did…
….Nigga, respect the game,
that should be it.
What you eat don’t make me shit.
Where’s the love?

The nice thing about not writing the story for somewhere like the New York Times, is that I can say, for example, that John Carney is good for news, he’s good for writing, he’s good for young writers, and a generally lovable person. And I’m completely psyched to see what he does next, not just because it’ll be good material, it’ll be material that’s good for everyone.

On the other side of that, fuck a Henry Blodget. Rarely will I get on a high-horse and talk shit on someone for being “bad for the business” or whatever. I’m obviously pretty okay with the (often hated) way Denton’s running his operation – routine fucking of and with of my colleagues/friends and I aside – because at least he brings originality to the table and ups the game. Also, he can take a joke.

Blodget’s long-game is just to put more toxic shit out there, not in the news cycle, but in the infrastructure of information. With Carney’s firing, he has no idea what he’s doing, and if he does, then he must be aware of how insipid and inane it is. Forget the fact that Blodget’s tried to ape Denton in any number of various ways (hiring Carlson, the galleries, the skybox, the flame-themed counters) which now include firing a performing, high-profile media editor in a move that mostly makes everyone else just scratch their heads and think less of him, Blodget’s one of the worst offenders of categorically stealing content (while technically getting away with it by repurposing a headline and only using two paragraphs of a story – notably, the first two, AKA, the two most important) and encouraging the use of underminey traffic bait (a trick we thankfully already know will only go so far).

The only thing he’s done right – and the reason it’s hard to hate him-hate him – is because he employs good writers who’re much loved, who love their work, and who work hard, but he’s now letting go of that, too. That’s about as much as I care for the issue. Suffice to say, I’ll keep reading all these guys, but I’m obviously rooting for someone else to create a new, better opportunity for those writers, and to incentivize writing up original A-Game type shit that’s profitable without being gross about the ingredients.

Let’s face it: in the end, fast food’s fast food, but there’s a big difference between, say, McDonalds and In-N-Out. Which one are you happier eating? And which one’s worse for the world?

WE ARE YOUR FEK