I first spoke to Rick Steiner more than three months ago — about two weeks into the Deepwater Horizon disaster — after a source recommended I talk to him for I was writing about the spill as a teachable moment. Steiner is a marine conservationist and activist in Alaska who started studying oil spills when the Exxon Valdez ran aground in 1989, and never stopped.

What Steiner said to me during that first interview was blunt, depressing — and struck me as having the ring of truth. Little did I know how true.

“Government and industry will habitually understate the volume of the spill and the impact, and they will overstate the effectiveness of the cleanup and their response,” he told me at the time. “There’s no such thing as an effective response. There’s never been an effective response — ever — where more than 10 or 20 percent of the oil is ever recovered from the water. 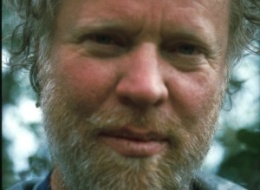 “Most of the oil that goes into the water in a major spill stays there,” he said. “And once the oil is in the water, the damage is done.”

Steiner was also one of the first scientists to warn that much if not most of BP’s oil was remaining underwater, forming giant and potentially deadly toxic plumes.

I thought of Steiner last week, as I sat in a congressional hearing room listening to Massachusetts Democratic Rep. Ed Markey a senior scientist at the National Oceanic and Atmospheric Administration.

Markey’s persistent questioning eventually got Lehr to acknowledge that, contrary to the administration spin, most of the spill — including the oil that has been dispersed or dissolved into the water, or evaporated into the atmosphere — is still in the Gulf ecosystem. Then Markey got Lehr to recalculate what percentage of the spill BP had actually recovered, through skimming and burning.

That amount: About 10 percent.

In other words, Steiner was right.

The other part of Steiner’s prediction — that the government and BP would low-ball the volume of the spill — had already played out very publicly. BP and NOAA both opened with a 5,000 barrel a day estimate. NOAA officials stuck to that estimate for weeks, despite the fact that they had access to video feeds from the wellhead clearly showing how far off they were. More than two weeks after some of that video was made public, the government finally, grudgingly, upped its estimates to 53,000 barrels at the last release.

So it wasn’t until early August, two weeks after the well was capped, that the public was officially clued in that BP’s blowout had — by the end of June — become the largest accidental offshore oil spill in history; totaling almost 16 times the Exxon Valdez.

I talked to Steiner again this week about where things stand now, what he expects will happen next, and what he hopes will come of it all.

The first thing we talked about was that NOAA report. Steiner said it was obviously full of guesswork — and bad guesswork at that. “They shouldn’t have even tried to issue these numbers right now,” he said. “I smell politics all over it. The only plausible explanation is they were in a rush to hang the ‘Mission Accomplished’ banner.”

But Steiner said the actual amount of oil recovered could be about half what the report claims. The oil-water mix, which officials evidently assumed was 20 percent oil, could well have been closer to 10 percent, he said. As for the burned oil figures, “they are simply coming from the BP contractors out there and then put into the Incident Command reports as gospel. As far as I know, there was no independent observation or estimation of those numbers.” 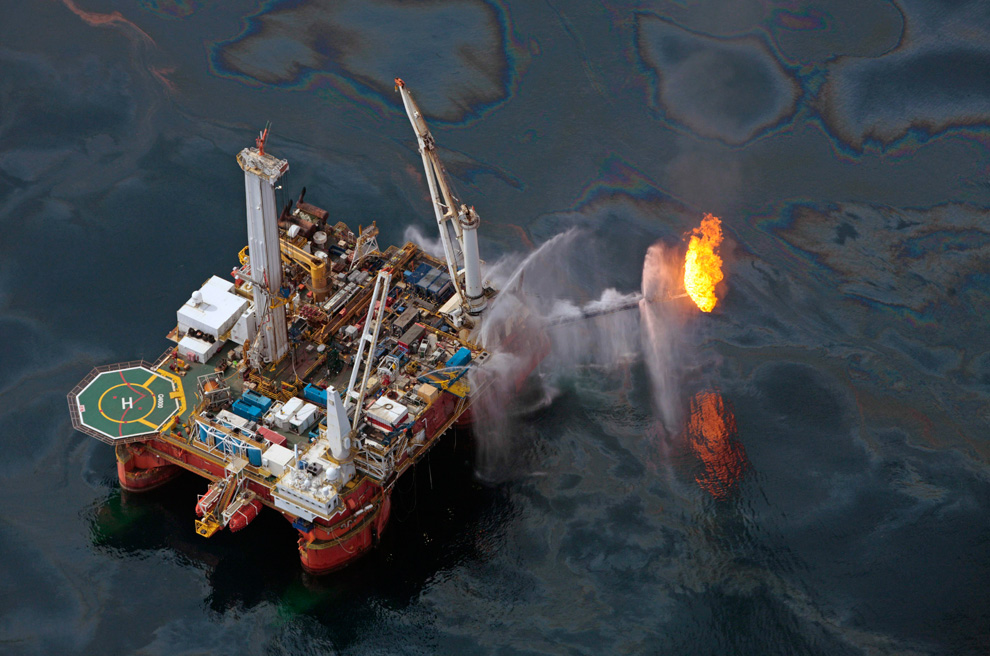 And there’s something else the government seems to have forgotten about when it comes to burning crude oil: “That’s not technically removing it from the environment.” Steiner said. “It either went into the air as atmospheric emissions, and some of that is pretty toxic stuff, or there’s a residue from burning crude that sinks to the ocean floor, sometimes in big thick mats.”

Steiner had even more critiques of the report — and the response — but his central point was one of the same he made when I first spoke with him, back in May: Once the oil is in the water, the damage is done. “You just can’t fix most of the damage caused in marine oil spills. You just can’t do it.”

That doesn’t mean there isn’t a lot that BP should do. Just as the company has set up a $20 billion fund to compensate people and businesses hurt by the spill, Steiner to set up a $20 billion restoration fund as well. The government’s Natural Resources Damage Assessment process will eventually result in a bill to BP to recover damages.

That money can do a lot of good. Say it turns out that this year’s bluefin tuna larvae have been wiped out. You can’t bring a year’s worth of tuna back to life, but you can take other steps to help the species — say, by paying fishermen not to kill them. Similarly, for the Gulf as a whole, you can’t take the oil out, but you can take some of the steps to heal it that were needed even before the spill. Those include reducing the massive amounts of fertilizer that flow out of the Mississippi River, forming a massive low-oxygen “Dead Zone” each year, or letting the river’s sediment and sand rebuild the marshes and barrier islands of the Delta .

“If you can’t fix directly the damage caused, do something positive for the net environmental benefit of the ecosystem that was ravaged by this event,” Steiner said.

What’s next? Some of the damage caused by BP will persist for a long, long time, Steiner said. “We’ll see injury from this for decades, in one form or another.” And the sea life that was killed outright is just the beginning. The question to ask is: “What is the immediate, sub-lethal, chronic injury that will manifest itself two, three, four years in the future?”

After the Exxon Valdez, for instance, scientists thought the Prince William Sound’s population crucial to both the food web and local fishermen — had survived the spill. But four years later, apparently due to compromised immune systems, the population crashed, never to return.

“I’m worried about the same sort of thing in the Gulf,” Steiner said.

Seabirds are also at long term risk, both because of possible nesting failures in the future, and because the oil has killed the vegetation that keeps some seabird islands from falling apart. “There’s certainly going to be some accelerated erosion on those islands,” he said.

And the plumes of underwater oil that now fear will not biodegrade rapidly may be around for some time, he said. That could have catastrophic effects on everything from plankton to sperm whales.

But ultimately, Steiner said, no one can predict what will happen with any certainty, because there are simply too many variables in complex ecosystems. The spill’s effects could reverberate up and down the food chain, if any given predator is removed, or if any given food source vanishes. “I think there’s going to be injuries that crop up in the next couple of years that are entirely unanticipated right now,” he said.

All of which leads to the same conclusion: “Our singular policy objective should be that we have to do everything possible to prevent this sort of thing ever happening again.” 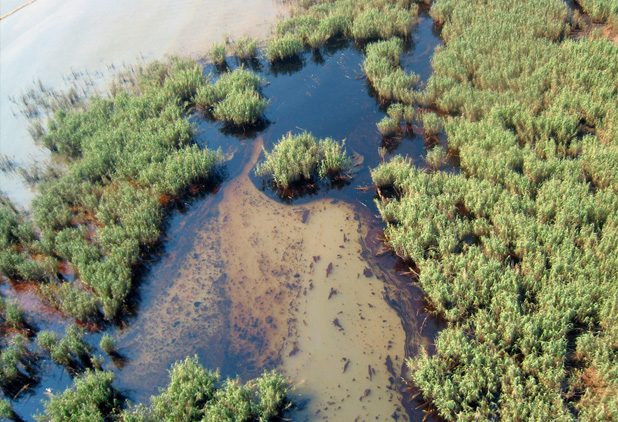 Before the Obama administration lifts its deepwater-drilling moratorium — currently set to expire on Nov. 30 — Steiner said the government should do four things:

1. Complete a comprehensive risk assessment that establishes the “101 other ways” that deepwater blowouts can occur

3. Develop better blowout response plans, such as the marine well containment system being developed by Chevron, ConocoPhillips, ExxonMobil and Shell.

The first three are crucial, because they are about prevention. But the fourth is still important, Steiner said. “We need to disabuse ourselves of the notion that effective oil spill response is possible, because it isn’t. Yet they still need to prepare.”

*************************
One of the strangest things about our national discourse is that it doesn’t sufficiently respect people who get things right. Indeed, particularly inside the Washington Beltway, it sometimes seems like the wronger you are about things,
people look the other way

And Steiner is used to getting punished, rather than rewarded, for his warnings — even the ones that come true. He resigned from his tenured professorship at the Unversity of Alaska last year, to protest the university’s decision to strip him of a NOAA grantbecause of his outspoken opposition to oil drilling in Alaska’s Bristol Bay.

“I feel sick that people don’t want to hear the truth about risk,” he told me.

The risk Steiner talks about the most these days is the one posed by our continued use of carbon — to the grave detriment of the planet. As Steiner told me for that I called him about, all that carbon spewed into the Gulf was headed into the planetary ecosystem anyway, through our tailpipes.

“Our lives have been one enormous, century-long oil spill, globally,” Steiner said.

The U.S. alone uses some 20 million barrels of oil a day. Simply adopting tougher efficiency standards for power plants, cars and trucks, and electricity transmission could cut that amount in half, Steiner said. “We’re wasting twice the amount of the entire Deepwater Horizon spill ever day.”

Indeed, Steiner’s biggest fear is not what will happen to the Gulf — or even that drilling will begin again without sufficient safeguards. It’s that this spill will fade into history without fundamentally changing the way people think about oil, and without accelerating the drive toward sustainable, low-carbon energy sources.

“We’re not getting anywhere with that. That’s the thing that really worries me,” he said.

“The transcendent, take-home lesson from all of this is that we need to hasten our transition to sustainable energy. Some of the costs of oil become very clear in oil spills, but the real costs also include climate change, wars to secure oil supplies, health impacts from breathing atmospheric emissions, and supporting petro-dictators.

“We know we need to transition to sustainable, clean, low-carbon energy, and we know how. We know that the chronic, day-to-day degradation of our biosphere caused by our oil addiction — global warming, ocean acidification, coral reef death, sea level rise, floods and droughts, crop failure, forest fires, ice melt, biodiversity loss — is cumulatively more devastating than all the oil spills we can throw at ourselves.”

The oil spill wasn’t the only warning sign this summer. Thousands of people have died from the record heat, forest fires have raged across Russia, floods have ravaged Asia.

“The only real way to atone for the Deepwater Horizon disaster is to kick our disastrous oil habit, and become better stewards of our endangered home planet,” Steiner said. “We’ll see if we learn that lesson this time around.”

A much smaller oil spill in Santa Barbara 40 years ago helped mobilize the Earth Day movement, which in turn led to most of the major environmental legislation of the 20th century. By contrast, Steiner said, “the only thing we got out of Exxon Valdez was safer tankers.”

So what will be the legacy of a spill of this immensity?

“The real tragedy of Deepwater Horizon would be if we look back on this in 10 years and say: all we got out of that was better response plans,” Steiner said. “That would be the real tragedy. Then all of the lives would have been lost for nothing — and that includes human and non-human lives.”