It was the Super Bowl all right; the tears, the tensions, the razzmatazz. And that was just Brad Pitt and Angelina Jolie, taking their seats for America’s biggest sporting showdown. The pair snuggled close, gazed lovingly into each other’s shades, and when their team, New Orleans, won 31-17 against Indiana, sank into a deep embrace.

Was all the pregame talk of trouble between them wrong? Or were they acting?
The rumors that Hollywood’s most exhaustively, if unconvincingly, chronicled couple were preparing to call it quits after five years together began with a report that they had consulted a Los Angeles divorce lawyer to discuss the dividing up of their assets.

This “intrusion”, as the London lawyer Keith Shilling put it, led last week to the couple launching a defamation action against Britain’s News of the World tabloid.

Staunch in the view that wealth, fame and beauty cannot go unpunished, the bulk of the world’s media covers Brangelina with a sternly censorious eye. It scoffs at their visits to refugee camps, their building of marital eco-mansions, their refusal to get married “until everyone else who loves each other has a right to marry too”, and stirs the voice of affronted fans telling the pair to belt up and get on with being movie stars.

Few of the authors of these pieces have actually met Brad or Angelina, and the stories about them are heavy on the use of sources who may or may not be insiders. When I had a working lunch with Angelina in New York a few years ago, she arrived unburdened by the usual retinue of handlers, publicists and gofers, and proceeded to answer every question thrown at her with startling candor. Perhaps this is why people say she’s nuts. 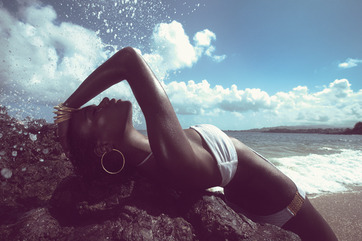 January 11, 2006 Jolie confirms she is pregnant with Pitt’s child.

2006 Jolie/Pitt Foundation launched with $1m donations to Global Action for Children and Doctors Without Borders.

And then there is the problem of Jennifer. The plight of the former Mrs Pitt – wholesome, wildly popular TV sitcom actress Jennifer Aniston – continues to stalk the couple like a guilty whisper. Brad seemed to be happy married to Ms Aniston, when, while making Mr & Mrs Smith in 2005, he fell into the ravening clutches of the scarily beautiful Miss Jolie, a heavily tattooed one-time Goth.

At the time, the stars’ spokesbeings flatly denied there was a romance between them. Just as they now flatly deny the relationship is foundering. Yet within a few months, Brangelina were an item, and poor Jen was heading for the divorce courts. Millions around the world – especially women – were outraged, and still refuse to accept Angelina occupying Jennifer’s place at Brad’s side. The lives of the three have now taken on the character of a classic love triangle, poignant, complicated, and obliging the rest of us to take sides.

As the wronged woman, Jennifer has got the sympathy vote, and tons more work as a consequence. Brad, however, has got Angelina, and Angelina’s notoriety got her top spot in Forbes magazine’s 2009 list of the World’s Most Powerful Celebrities. Up to a point everyone should be happy, but the issues go beyond that.

Camille Paglia, the veteran feminist writer, for instance, sees the story of Brangelina as a parable of betrayal – an illustration of the vulnerability and dependent status of women. “You have the good girl,” she says: “who wants to stand by her man, and then loses her man to a vixen with her sorceress allure and molten sexuality. Young women identify with Jennifer’s public humiliation, her romantic martyrdom. She’s been abandoned by a man who looks angelic, but is, in fact, a traitor.”

Jane Bruton, the editor of Grazia, a British glossy magazine which devotes much of its news coverage to Brangelina, puts it in mildly less excitable terms: “We are, all of us, a little invested in the narrative arc of this relationship,” she explains. “It’s a classic, and classically messy, love affair. We’ve all had them and we can all relate to it. I think the public was very enamoured of the Pitt-Anniston marriage. We believed in it and we were disappointed when it ended.”

Deep down, say the scholars of Brangelinaism, large numbers of people want Angelina out and Jennifer back. The compulsive fascination that attends the couple’s lives, expressed in such headlines as “Sex Mad Angie Throws Drunk Brad Out”, reflects the hope that this will eventually happen and order will be restored.

Yet the question of whether Pitt, 46, and Jolie, 34, should be together raises the bigger one of quite what their choice of partner has do with the rest of us. Why do we care about them sufficiently to make a photograph of their twins worth $14 million – the most expensive snap in history according to the Guinness World of Records? The search for an answer takes us into the strange and disturbing world of celebrity obsession, one that psychologists are only slowly beginning to penetrate.

In 2003, a study published in the British Medical Journal suggested that more than a third of Britons were suffering from a condition identified as celebrity worship syndrome (CWS). A parallel survey in the US produced almost identical results, and the joint findings launched a promising new branch of scientific investigation.

There have always been besotted fans. Women threw their knickers at Frédéric Chopin when he played his romantic sonatas on stage in Paris in the 1830s, and hurled themselves off buildings when Rudolph Valentino, the silent film star, died in 1926. But recent times have seen a deepening of our enslavement to celebrity. According to John Maltby, a professor of psychology at Leicester University in the UK, the solitary nature of modern life – the breakdown of families and established communities – have made celebrities into our “best friends”.

“The evidence suggests that CWS may be replacing normal relationships,” says Maltby. “People do not engage in celebrity worship for mere entertainment.”

This may not be an entirely bad thing. Helen Fisher, a social anthropologist at Rutgers University in New Jersey, says following the exploits of celebrities helps to give people a sense of identity and a focus to what might, otherwise, be unhappy, listless lives. “For millions of years people sat around campfires and talked about other people we knew,” she says. “Today the mass media is the global campfire. We don’t know a thing about our neighbours or the people we work with. Celebrities are the people we have in common.”

Crucial to this scheme of things are the “Big Three” celebrity moments – the falling in love, the babies, and the break-up. Brad and Angelina have done the first two. It’s a breathless wait for the third.

Accounts of stresses within their relationship have been circulating almost since they got together. Now the denials serve only to feed the expectation that it will soon be all over. Ian Halperin, their most recent biogrpaher, says: “Neither of them is going to walk out on the other. When they decide to split it will be mutual, and they will have figured out in advance what to do about the kids. I give them a year at the most.”

The incompatibilities appeared daunting from the start. Angelina is a West Coast bohemian, Brad a mid-Western conservative. Her parents, the Oscar-winning actor John Voight and actress Marcheline Bertrand, separated when Angelina was six months old, and as a child she lived a rootless existence. At 20, she married the English actor Johnny Lee Miller but they broke up within a year, and in 2000 she wed Billy Bob Thornton, an engagingly oddball actor with a phobia about antique furniture (“early French in the worst,” he says) who later told how he and Angie kept knives under their pillows to slash at each other during sex sessions.

Pitt’s childhood was storybook in its solidity – a Missouri upbringing shaped by strong family values, the Southern Baptist Church and the importance of education and hard work. His friends laughed when he went to Hollywood, but he earned his chance, dressing up as a fast-food chain’s chicken mascot to pay for acting lessons, and breaking through in the 1991 film, Thelma and Louise. When Brad met nice-to-the-core Jennifer it seemed as if his qualities had found a matching destiny, but it is Angelina he brings them home to, and fans won’t be happy until he sees the error of his ways

Your article makes certain assumptions and states them as fact which renders your conclusions fallacious. There may be some people who still mistake the wholesome character she played in Friends for that of the real life actress Jennifer Aniston, but they are small in number and shrinking. In the years since her divorce she has shown herself to be bitter, selfish, and self centered. Her reputation for being difficult and obsessively materialistic has grown and for all her wealth and fame, she has been unable to attract and hold on to any other person of note since Brad Pitt. Rumors that Brad and Angelina were having an affair started almost as soon as Mr. and Mrs. Smith began filming, fed in part by the months Brad and Jennifer seemed content to spend apart and by their own public statements. Jennifer neglected to mention Brad when she accepted a Golden Globe and Brad said in interviews that he did not believe marriage was forever. But in fact, Brad and Angelina did not start dating til after Brad’s separation so the denials about their relationship were accurate then as they are now.

That Brad and Angelina are the most bankable stars in Hollywood are proof that most people do not buy, read, or believe in the gossip peddled by the tabloids and make their own decisions based on facts and the words and actions of the actors themselves. The public at large is more discerning than the tabloid reading public — and I daresay much more intelligent and less gullible. But even among the small universe of people that lap up the tabloids, most can differentiate between the fairy tales peddled by the bottom feeder tabs from the more accurate reporting by People and Hello. The popularity of Brad and Angelina can be seen from the way they are mobbed in all of their public appearances all over the world, and the way their presence has translated into box office success for the movies they headline. In contrast, when was the last time the allegedly popular Jennifer Aniston was similarly mobbed? And where were her legions of fans when two of the worst performing movies last year were her star vehicles (Love Happens and Management)? The empirical evidence shows that Jennifer has lost much of whatever sympathy the public ever had for her. People now see that America’s former sweetheart isn’t what she seemed, and even a character like John Mayer bailed out. They also see that Brad and Angelina are a beautiful example of how celebrities can lead by example in the way they raise their family and their responsibility towards the world community.