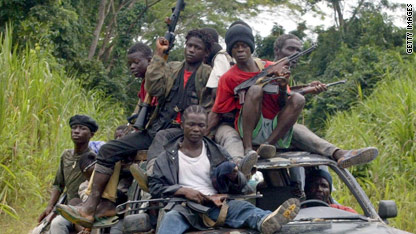 Many African countries are blessed with oil and mineral wealth that has the potential to transform their economies. But historically, those resources have often been more of a curse than a blessing.

There are numerous examples of African nations where the discovery of natural resources has been followed by economic instability, conflict and environmental damage. So common is the phenomenon that it even has its own name — the “resource curse.”

Michael T. Klare is a professor of peace and world security studies at Hampshire College in Massachusetts, United States, and the author of the books “Resource Wars” and “Blood and Oil.”

He told CNN, “‘Resource curse to me applies specifically to poor countries that don’t have a lot of sources of wealth to begin with; then there’s a discovery of a major resource — oil or copper or gold — that suddenly becomes a major source of wealth for that country.

It leads to the concentration of wealth in the hands of a few.
–Michael T. Klare, author “Resource Wars”

“Theoretically the development of that resource could produce great wealth for that nation, but historically it leads to the concentration of wealth in the hands of a few — those who monopolize the collection of rents from the mining or the drilling for oil — and the exclusion of the majority from any benefit.”

The result, said Klare, is repressive governments that cling to power, so they can monopolize the collection of resource wealth, and an impoverished population — a recipe for conflict.

The resource curse is by no means limited to Africa, but the continent has produced some examples of the curse at its most destructive.

Government forces and armed groups have vied for control of resources, with the proceeds from their sale funding more weapons, which prolongs the violence.

Bloody conflicts in DR Congo, Liberia, Ivory Coast and Sierra Leone have all been partly funded by the sale of blood diamonds.