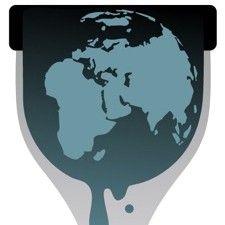 Why WikiLeaks and the Mainstream Media Still Need Each Other

The July 25th release of 92,000 military documents by the site WikiLeaks dominated the news cycle, but many critics dismissed the leak as inconsequential. By the end of the week Frank Rich summed up the sentiment of many of his colleagues.

“They are historical documents describing events largely predating the current administration,” Rich wrote. “They contain no news. They will not change the course of the war.”

Regardless of the content, it’s clear that WikiLeaks’ partnership with The New York Times, Der Spiegel and The Guardian was unprecedented. Never before had a private organization provided multiple mainstream media sources with access (albeit embargoed) to classified government information. This new strategy marks a shift not just for WikiLeaks, which has been leaking classified information since 2005, but for whistle blowing in general. In a nutshell, the latest leak from WikiLeaks signals a seminal change for investigative journalism.

Prior to last week’s leak, there were two paths that any would-be whistle blower could follow. The first was to approach a news organization with information and hope they bit. Daniel Ellsberg famously did this in 1971 when he handed over the Pentagon Papers to The New York Times.

The second model was pioneered by websites like WikiLeaks and Cryptome, both of which were inspired by the Internet’s freedom of information culture. Under this system, an organization like WikiLeaks is given a document by an anonymous source. After encrypting the files to ensure that the source cannot be traced, the information is published online. Initially, WikiLeaks’ Editor Julian Assange hoped the public would sift through the documents to find the story. But Assange quickly realized that most people don’t enjoy combing over spreadsheets.

While some of WikiLeaks’ biggest leaks — like Sarah Palin’s e-mails, the 9/11 pager messages, and the classified footage showing two Reuters’ journalists killed by a U.S. Apache helicopter in Iraq — reached the public, other leaks went largely unnoticed. Clearly something needed to change.

The new collaboration model between prominent publications and WikiLeaks is a tactical marriage. WikiLeaks needs the press so that its leaks can rise to the top of public conversation. The press can use WikiLeaks for its unparalleled scoops. Furthermore, because WikiLeaks isn’t entirely understood or trusted by the public, a partnership with established news sources like The New York Times gives its leaks legitimacy. This “asymmetrical journalism,” as David Carr calls it, is a natural evolution for WikiLeaks.

Under the WikiLeaks-MSM model, WikiLeaks hands over classified information to select publications. While WikiLeaks investigates and verifies the document(s), the MSM is also given time to dissect the information and come to its own conclusions.

Despite the media hype surrounding this latest leak, it’s uncertain whether this model is sustainable. The New York Times’ editor Bill Keller had a public disagreement with Assange about the way the Times presented the information. Assange argued that the Times undersold the story, while Keller made it clear that he doesn’t entirely trust WikiLeaks.

Keller is right to be cautious about WikiLeaks since it is so new, but it would be unwise for him to burn a bridge with Assange. After all, to WikiLeaks’ credit, none of their leaks have been proved false. What’s more, Assange claims that WikiLeaks has access to a treasure trove of scandal-worthy information.

The Afghan War Logs may not be as monumental as the Pentagon Papers, but assuming there is news to be broken – it’s best if WikiLeaks and the press are on good terms.

The Evolution of Whistle Blowing