Barack Obama has sacked his commander in Afghanistan. But the real worry is that the war is being lost 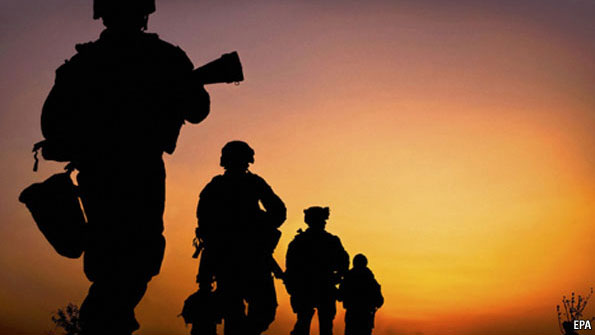 National security adviser of the world’s greatest superpower is a “clown”, its vice-president a nobody and its president “uncomfortable and intimidated”.

With those words the officers around General Stanley McChrystal, the American commander in Afghanistan, engulfed America in a storm as damaging to its war effort as any Taliban raid. America rightly sets great store by civilian control of its armed forces and on June 23rd a distinctly unintimidated President Barack Obama made General McChrystal pay for his insubordination with his job. But presidential decisiveness cannot conceal a deeper truth. America and its allies are losing in Afghanistan.

Mr Obama had every reason to cashier General McChrystal. Officers, including his predecessor, have gone for less. Not to act could have left the president looking weak. And yet it was a heavy price to pay. Nothing could cheer the Taliban more than seeing General McChrystal out on his ear. He is a master of counterinsurgency (COIN), he was one of the few Americans who could work with President Hamid Karzai and his hand-picked commanding officers are in charge of a forthcoming operation in Kandahar that will probably determine the course of the campaign (see article). To Mr Obama’s credit, his place has been filled by General David Petraeus, the star of the war in Iraq and the man who wrote the manual on COIN. Even so, the dismissal leaves America’s campaign pitched on the edge of failure.

Mr Obama once described the fighting in Afghanistan as “a war of necessity”. The president must now put necessity aside and pose two fundamental questions. Can the American-led coalition still win in Afghanistan? And if so, how? 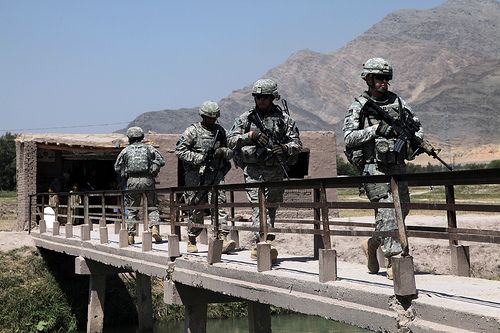 This is a terrible moment for the generals to fall out with the politicians. In June Afghanistan surpassed Vietnam to become, by some measures, the longest campaign in America’s history. More than 1,000 of its men and women have been killed and almost 6,000 injured. Yet the Taliban are rampant, assassinating tribal leaders and intimidating their people. A survey in 120 districts racked by insurgency, a third of Afghanistan’s total, found little popular support for Mr Karzai. Over a third of their inhabitants backed the insurgents.

Since November, when Mr Obama promised 30,000 more of his country’s soldiers to the campaign, little has gone right. General McChrystal’s plan was for a “surge” that would seize the initiative from the Taliban and create the scope for Afghanistan’s government, backed by its army and police, to take charge. In practice that has not happened. Marja, a farming district in Helmand, was supposed to show how COIN would win over the people and send the Taliban packing. General McChrystal himself now calls Marja a “bleeding ulcer”. Mr Karzai’s supposedly corrupt half-brother was meant to go, but he remains in charge in Kandahar. Fanciful Pentagon talk of Afghanistan’s huge mineral wealth smacks of desperation. America has, perhaps, until the end of the year to show that COIN can work.

The charitable view is that frustration lay behind the reckless insults dished out by General McChrystal and his team in front of a journalist from Rolling Stone. COIN manuals stress the importance of “unity of effort”: damning the idiots back in Washington does not help. But if the generals have not always done well by the politicians, the politicians have far more often let down the generals. George Bush and his defence chiefs neglected the war in Afghanistan while they devoted themselves to bungling the war in Iraq. Mr Obama and his advisers, at odds over strategy, dithered over allocating troops and, far worse, set a date for them to start their withdrawal (see Lexington).

This infighting and hesitancy signal a lack of commitment that has drowned out Mr Obama’s warlike rhetoric. That has blighted the war’s chances of success. Too few Afghans and Pakistanis have thrown in their lot with the West, because too many think America has no stomach for the fight.

Were so much not at stake, it would be tempting to give up and call the troops home. Yet, although Western leaders have done a poor job at explaining the war in Afghanistan to their voters, a defeat there would be a disaster. The narrow aim of denying al-Qaeda a haven, already frustrated by the terrorists’ scope to lodge in unruly parts of northern Pakistan, Yemen and Somalia, would become impossible to achieve. A Western withdrawal would leave Afghanistan vulnerable to a civil war that might suck in the local powers, including Iran, Pakistan, India and Russia. Sooner or later, the poison would end up harming America too: it always does. Defeat in Afghanistan would mark a humiliation for the West, and for NATO, that would give succour to its foes in the world. And do not forget the Afghan people. Having invaded their country, the West has a duty to return it to them in a half-decent state.

It would be idle to harbour such dreams if they were unattainable. Yet, grim as it is, the violence in Afghanistan even now pales beside Iraq at its worst. In the pit of that conflict tens of thousands of people were dying each year, at least ten times more than in Afghanistan today. The ranks of the Afghan army and police force are slowly filling with recruits. There are reasons to think that many Afghans would like to be rid of the Taliban, if only they could believe in an alternative. 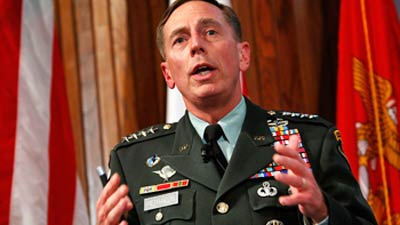 That is where the appointment of General Petraeus comes in. A losing cause does not automatically have to become a lost one: Iraq showed that. The operation in Marja went badly, but putting down an insurgency needs time and lots of troops, preferably local ones. The real test will come in Kandahar. Worryingly, one of General McChrystal’s last acts was to postpone the operation there until the autumn, amid signs that local people were not yet ready to back it. Even so, Mr Obama owes it to the West and to the Afghan people to determine whether COIN can in fact succeed under his best general. The Afghan war may yet end in an ignominious retreat. But nobody should welcome such an outcome.