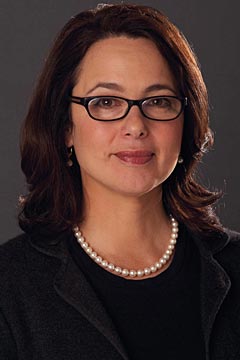 Terrorism Expert No Longer in ‘Denial’ About Her Rape

Jessica Stern, one of the world’s foremost authorities on terrorism, never made the connection between her chosen profession and the terror she suffered as a teenager.

Stern was 15 and her sister Sara 14 when a blue-eyed stranger carrying a small handgun entered their home in Concord, Mass., on the evening of Oct. 1, 1973. The man threatened to kill them. Then he raped them. There was no one for the girls to turn to — their mother was dead, their father on a business trip in Europe, the baby sitter had left them alone.

The police refused to believe the girls didn’t know the man. They were in denial.

Worse, their father refused to cut short his trip to rush home. A few months later — his daughters’ rapist still at large — he told police they had gotten over it. He was in denial.

But it took more than 30 years for Stern to discover that she, too, was in denial

Now, in her new book, “Denial: A Memoir of Terror,” Stern confronts the trauma that propelled her to travel to the most dangerous places on earth to interview the worst terrorists in the world.

Stern was named in 2001 by Time magazine as one of seven thinkers whose innovative ideas “will change the world.” The former National Security Council staffer is sought out by the Pentagon and the CIA for her expertise. The morning of her interview with AOL News at a Dupont Circle Starbucks, she had met with officials at the Justice Department and had recently returned from a visit to a terrorist rehabilitation program in Libya.

After writing two scholarly books on violent extremism, Stern began a third in 2003 dealing with the link between terrorism and fear. An editor friend read what Stern thought was a minor personal vignette about her inexplicable fear of water. He urged her to turn her idea into a memoir. She was skeptical.

“I was afraid nobody would ever take me seriously again,” she said. “I have written about perpetrators, not victims. And it’s so personal. And there’s an element of shame that’s hard to get away from.”

By then, though, Stern knew from therapy that she suffered from post-traumatic stress disorder (PTSD), a diagnosis she had denied for years.

A lecturer at Harvard, she had always approached her work with the dispassion of an academic. Where others would be afraid to visit terrorist training camps in Pakistan, Stern was unaware of fear. She was calm, even numb. “With each passing year,” she wrote, “I seemed to feel less and less — less pain, but also less joy.”

Yet fireworks, crowds, bright lights, the ticking of a clock — these things disturbed her. She often got lost.

Only when she began to do research for “Denial” did she realize “how terrorized I was” by what happened that night in 1973.

In 2006, a detective called Stern to say the Concord police were reopening her case. She joined the investigation.

She learned that the man suspected in her rape was also linked to more than 40 other sexual assaults against girls in Massachusetts between 1971 and 1973. He was convicted of three of them just 10 days after she and her sister were assaulted. He went to prison for 18 years. After he was released, he committed suicide.

Those were the facts. To decipher what motivated her attacker — his name and others in the book were changed — to do what he did, she sought out those who had known him. Most denied he could have been a rapist.

“It was very painful for me to have to listen to the description of him as a brilliant, gorgeous young man, and it was much scarier for me because I had to battle my own physiological response,” said Stern, who often felt dizzy and detached as she spoke with the man’s friends and lovers.

Connecting her trauma to a wider circle, she wrote:

Denial helps the bystander. We don’t want to know what the boys we send to Iraq have done to others out of terror, or what others have done to them. We would rather not know about terror or be confronted with evil. This is as true about Abu Ghraib as it is about personal assaults and more private crimes, the crimes that occur inside families. But the victim, too, cannot bear to believe. She may bury or disassociate from or disown her pain.

“A lot of families have trauma of one kind or another,” Stern said. “Hopefully not quite as much as mine.”

To learn how her father could react as he did, Stern interrogated him as she might one of her subjects. He told her, for the first time, about his terror as a Jewish child in Nazi Germany and later losing his young wife, her mother. She came to realize that the rapes reignited those older traumas and that her father acted oddly “not because he feels too little, but because he feels too much.”

Stern also spoke with her sister, who, despite their shared trauma, is noticeably absent from the book’s narrative. “She wanted me to do [the book], and I think she’s really proud,” Stern said, “but it is re-traumatizing for her.”

Stern was not content to confine herself to the personal. She talked to a fellow victim and met a veteran who was injured in Iraq and suffers from PTSD. While she doesn’t equate rape with being maimed by a roadside bomb — “I was not a victim of terrorism. That is much more serious and has a political element” — she was struck by how many symptoms she shared with the soldier.

“I want families of veterans to have a sense of what it’s like to have that experience,” Stern said, noting that rape victims, combat veterans and torture victims all bear psychic wounds they must confront in order to have “post-traumatic growth.”

Stern herself is moving on. She is married to a former congressman, and she has a young son from a previous marriage. She no longer ventures to dangerous places. When she interviews terrorists, they are behind bars. In her latest research, she is studying what drives some Somali immigrants to join the Islamic extremist group al-Shabab.

At the end of her memoir, Stern proposes a connection “between the two things I now know the most about — terrorism and terror.” She raises the theory, based on her research, that many religious extremists had been sexually traumatized. While not the main reason people blow themselves up, she suggests such humiliation may be an important risk factor in turning someone into a terrorist.

Despite Stern’s attempt at giving the book an academic gloss, “Denial” says more about the terrorism expert than terrorism itself.

“People have asked me, ‘Is this what you recommend as a way to recover from rape?’ And the answer is absolutely not,” Stern said. “This is not a model for how to recover from rape, to write a book like this. What I did was expose myself to madness.”