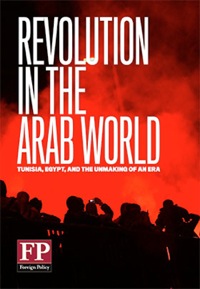 Tens of thousands of mourners marched Monday in the central Syrian city of Homs, where activists say at least eight protesters were killed overnight, as unrest spread across the country despite a government pledge to end emergency rule


Thousands demanded on Monday the overthrow of Syrian President Bashar al-Assad at the funeral of eight protesters killed overnight in the central city of Homs, in escalating unrest despite a promise to lift emergency law.
Activists said the eight were killed late on Sunday during protests against the death in custody of a tribal leader.

“From alleyway to alleyway, from house to house, we want to overthrow you, Bashar,” the mourners chanted, according to a witness at the mass funeral.

Assad, facing a month of unprecedented demonstrations against his authoritarian Baath Party rule, said on Saturday that legislation to replace nearly half a century of emergency law should be in place by next week.

But his pledge did little to appease protesters calling for greater freedoms in Syria, or curb violence which human rights organisations say has killed at least 200 people.

“Homs is boiling. The security forces and the regime thugs have been provoking armed tribes for a month now,” a rights activist told Reuters from the city, adding that civilians had taken to the streets of Homs and “were shot at in cold blood”.

Further north in Jisr al-Shughour around 1,000 people called on Monday for “the overthrow of the regime”, echoing chants of protesters who overthrew leaders in Egypt and Tunisia, at the funeral of a man they said was killed by security forces.

Assad says Syria is the target of a conspiracy and authorities blame the violence on armed gangs and infiltrators supplied with weapons from Lebanon and Iraq.

The unrest, which broke out a month ago in the southern city of Deraa, has spread across Syria and presented the gravest challenge yet to Assad, who assumed the presidency in 2000 when his father Hafez al-Assad died after 30 years in power.

Western countries have condemned the violence but shown no sign of taking action against Assad, a central player in Middle East politics who consolidated his father’s anti-Israel alliance with Iran and supports Islamist groups Hamas and Hezbollah, while holding intermittent, indirect peace talks with Israel.

Addressing his newly formed cabinet on Saturday, Assad said ministers should prepare a law to regulate demonstrations, which are illegal under the emergency law in place for 48 years and which bans gatherings of more than five people.

But his statement did nothing to calm the fury of thousands of people at a funeral on Sunday of a conscript whose relatives said had been tortured before he died.

At another funeral on Sunday in the town of Talbiseh, north of Homs, two witnesses said security forces killed three mourners when they opened fire on them.

Opposition figures say they believe any legislation replacing the emergency rule is likely to retain severe curbs on political freedoms.

Syria has repeatedly blamed the unrest on foreign powers, and the Washington Post reported on Monday that the United States has secretly funded Syrian opposition groups.

It cited diplomatic cables released by WikiLeaks showing that the State Department funneled as much as $6 million since 2006 to Syrian exiles to operate a London-based satellite TV channel and finance activities inside Syria.[nN18168836]

Barada TV began broadcasting in April 2009 but has ramped up operations to cover protests.
U.S. money for Syrian opposition figures began flowing under President George W. Bush after political ties with Damascus were frozen in 2005, the newspaper said, and continued despite President Barack Obama’s efforts to re-engage with Assad.