NEVER MIND THE FACTS —NOW ABOUT THOSE RUMORS 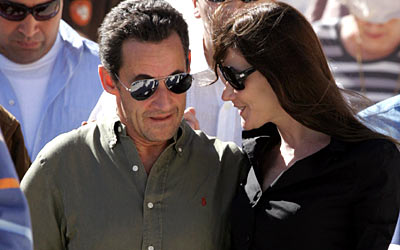 Those who know won’t tell and those who tell don’t know, as the saying goes. And those who tell in France are liable to have their blog posts taken down or be sued. But when the rumor is that French President Nicolas Sarkozy and his ultraglamorous wife, Carla Bruni, are having affairs, and when that gossip starts flitting back and forth across the Channel at hyper Web speed, then in Switzerland, India, Australia—literally on front pages around the world—the gossip starts to take on a life all of its own.

The rumors paint a celebrity-rich picture. Bruni is thought to be spending an awful lot of time with Benjamin Biolay, a famous singer in France, and Sarko is supposedly finding comfort in the companionship of Chantal Jouanno, a junior minister in his government—and a married karate champion, no less!

We are, of course, seeking comment from all concerned, and we are waiting, and waiting, for responses. Meanwhile, those who got to the French presidential palace before us were told there’d be no comment whatsoever—which, of course, only makes the gossip mill grind harder. 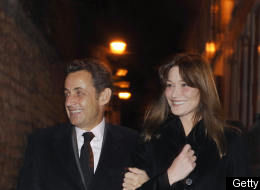 The best analysis of this irresistible nonstory that we’ve seen so far is on a French subscription site, Arrêt sur Images, which follows the media closely and, in this case, chronicles the verrrrrry thin—actually, nonexistent—sourcing that has turned a few random tweets into global headlines. 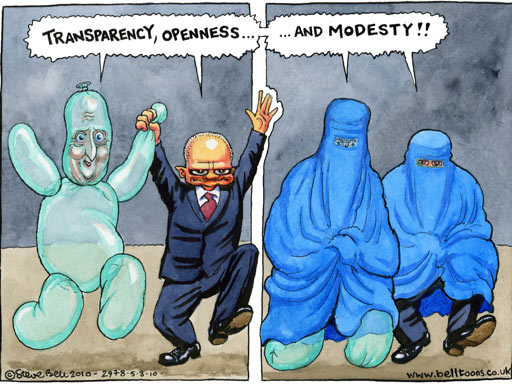 Inspite of the controversy of no Berkas in France again: French satirists, taking advantage of the global reach the rumors have attained already, are having a field day. Les Guignols, the French version of the Spitting Image puppet parody, had a Jouanno figure on its fake news show last night. The identifying title written beneath her face was “1ère dan de France,” a play on the karate term “dan” and an obvious allusion to “1ère dame,” or first lady, of France.

This morning’s Le Canard Enchainé, the satirical and investigative weekly, is even more coy. In its regular parody “The Diary of Carla B.,” it has her musing about why storms like Xynthia, which battered France badly last week, are always given the names of women. Why not Marcel? Why not Dédé? And then the imaginary Carla goes on:

“And if it were ‘Chantal’? I am jealous of Super-Jouanno, at once minister, mother of a family, head of the list in the regional elections, and France’s champion of artistic karate. To my mind, she’s cheating somehow. But even so, I want to send her a congratulatory telegram: ‘Les tatamis de mes amis sont mes amis.’ ” The usual saying is that the friends of my friends are my friends, but tatamis are the mats on the floor used in karate. Make of that what you will.

How much longer can these rumors go on? Probably until the lawsuits begin.

With Harry Bradford in Paris